Convoys containing food and the coronavirus vaccine are being sent by the Spanish government to reach areas cut off by record snowfall.

Four people have died as a result of Storm Filomena, which has brought the heaviest snowfall in Spain for decades.

Around 30cm of snow fell in Madrid on Saturday, where a 54-year-old man was found dead under the flurries. Transport secretary Jose Luis Abalos said convoys would be used to transport food and vaccinations after 20,000km of road were revealed to have been affected by the snowfall.

A 36-year-old woman gave birth in an ambulance in Madrid on Saturday after the vehicle was unable to get to a hospital.

Police have had to break up snowball fights following warnings of the risk they pose from potential transmission of COVID-19. 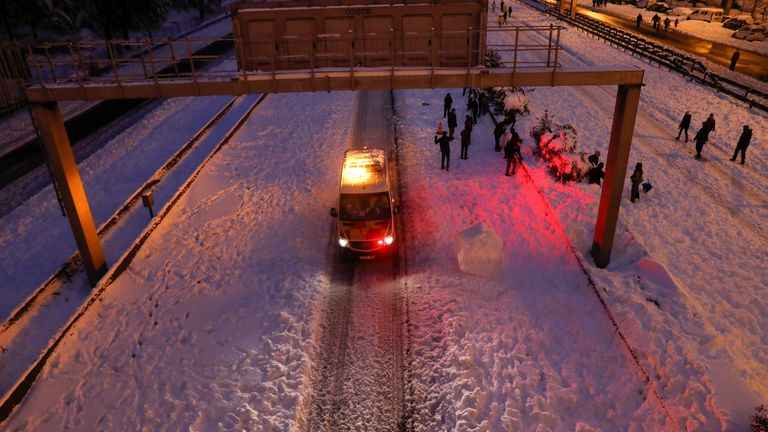 More than 1,500 people were rescued from cars in the capital after they were stranded by blankets of snow.

It is forecast that temperatures could fall as low as -10C in the next week, raising fears of icy conditions and damage to trees.

The downpours have led to the closure of Madrid airport until at least Sunday evening. 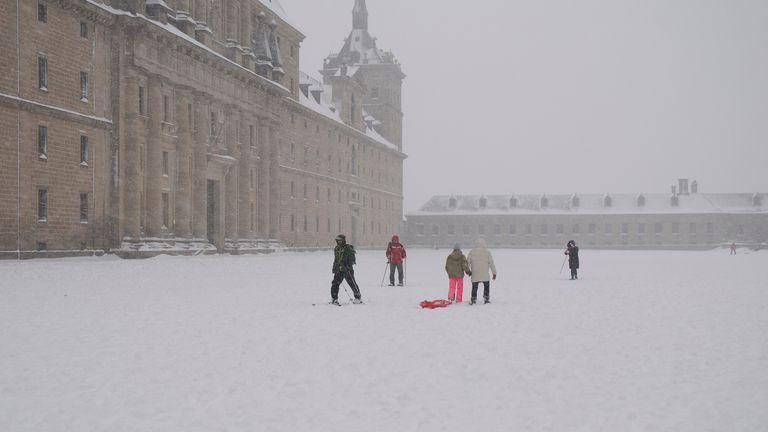 A second man died in Calatayud, near Zaragoza, and a man and a woman drowned in a car after a river burst its banks near Malaga.

King Felipe VI and Queen Letizia said: “The royal family would like to express their sorrow for victims of the storm… and ask for extreme caution against the risks of accumulation of ice and snow.”

Santa Morena, 22, ended up trapped in her car on her way to a night shift on Friday evening – and was later rescued by the army. She said: “It usually takes me 15 minutes, but this time it has been 12 hours freezing, without food or water, crying with other people because we didn’t know how we were going to get out of there.

“Snow can be very beautiful but spending the night trapped in a car because of it is no fun.”

Spanish weather agency AEMET said the blizzards are due to a rare meeting of a cold air mass over the Iberian Peninsula and the warmer Storm Filomena arriving from the south.