Ski resorts across Europe have shut down more than a month early as countries attempted to halt the spread of coronavirus.

Austria, France, Andorra, Italy, Norway, Spain and Switzerland have all closed their resorts this week as governments placed a limit on crowds and closed public places to stop the spread of the COVID-19 pandemic.

As well as disrupting holidays for tourists across Europe, seasonal staff are now out of a job more than a month before the European ski season was due to shut down at the end of April, and the beginning of May for some. These are the details for each country:

French mountains officially closed at midnight on Saturday after just four hours notice from the government – and just two weeks before most British schools go on their Easter holidays.

On Saturday afternoon, resorts and tourist boards had reassured visitors they would stay open until the end of the season.

But French prime minister Edouard Philippe announced at 8pm that the country must “close all non-essential locations, notably cafes, restaurants, cinemas, nightclubs and shops” from midnight.

He did not mention ski resorts specifically, but ski lifts and resorts have been deemed as “non-essential” to French life.

Mr Philippe called on the French people to have “more discipline” after initial orders to start social distancing were largely ignored.

British ski holiday company Inghams said “as a responsible tour operator” they would not be operating any more holidays to French resorts for the rest of the season.

It urged those due to travel to France on Sunday to not go to the airport and said it is “working on plans to bring home all guests currently in France”.

Right next to hotspot Italy, Austria has closed its borders with the country, and also with Switzerland.

All ski lifts in Austria will stop operating at the end of the ski day on Sunday.

Resorts in the Paznaun Valley closed earlier this week as visitors were placed in quarantine for two weeks from 13 March. 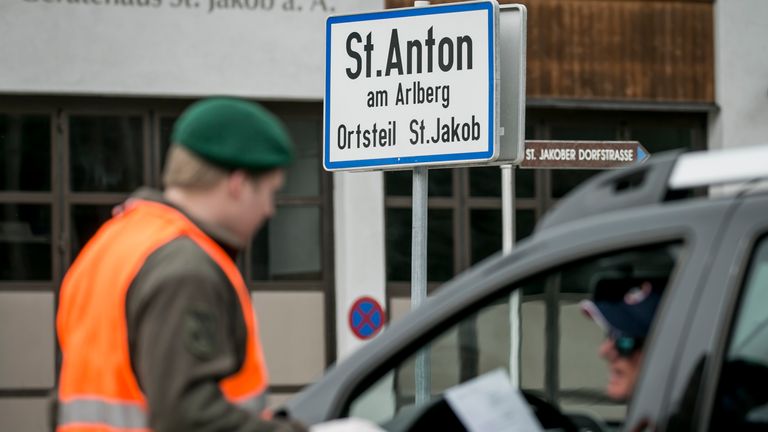 They included the apres destination of Ischgl after hundreds of Norwegian and Danish tourists were infected after visiting the Kitzloch bar where a bar keeper was carrying the virus, local media reported.

St Anton and Heiligenblut were also included in the qurantine due to clusters of cases there.

Anybody who has been to those three resorts since 28 February, or been in contact with people who have, must isolate for 14 days, Austrian chancellor Sebastian Kurz said.

The Alps’ longest-running ski festival, Snowbombing, held in Austria’s Mayrhofen, has also been cancelled as the government banned outdoor events with more than 500 people.

The Swiss government announced a ban on all social gatherings of more than 100 people on 13 March, forcing ski resorts to shut early as the number of people on the slopes cannot be restricted effectively.

Verbier, Zermatt and Saas Fee all closed on Friday. Arosa, St Moritz, Davos Klosters and Samnaun will close at the end of Sunday’s session, as will hundreds of smaller resorts ahead of the total ban on 16 March.

Laax, a ski resort in the Graubunden canton where cases are increasing rapidly, was due to host the British Freestyle Ski and Snowboard Championship (the BRITS) from 30 March to 3 April.

Coronavirus cases in the UK increased rapidly after half-term ski trips to northern Italy, which then prompted a lockdown of the region.

Italy, the worst hit country outside China, was the first European country to close its ski resorts, with the majority shutting down on 9 March when the entire country was placed on lockdown.

The Foreign Office is advising against all but essential travel to Italy.

Four major Norwegian ski resorts closed on Thursday, including Hemsedal and Trysil which are popular with British skiers and snowboarders. 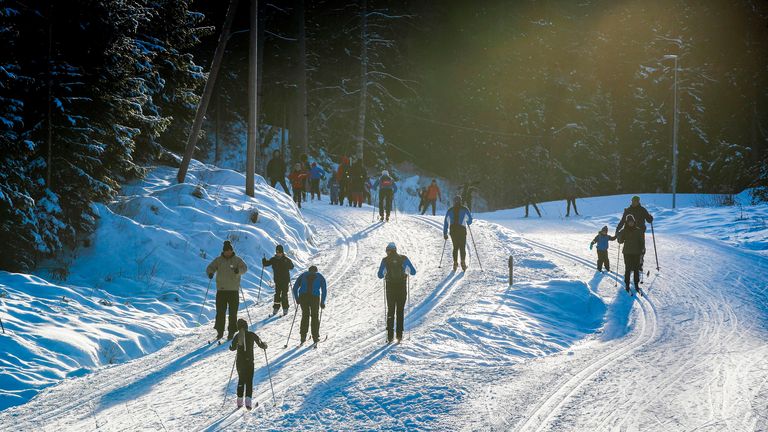 All four resorts in Andorra’s Pyrenees closed on 14 March.

Ski Andorra said it made the decision “as a measure of responsibility” and wants to “return to normality as soon as possible” but the health of guests, workers and the general population is more important than anything else.