Coronavirus: China apologises to family of doctor who died after warning about COVID-19

China has exonerated a doctor who was punished for warning about COVID-19 and later died of the disease.

Dr Li Wenliang and seven colleagues were reprimanded in December for telling friends about the emerging coronavirus threat on social media.

In an unusual admission of error, the ruling Communist Party’s top disciplinary body has now revoked its earlier decision – and sent a “solemn apology” to Dr Li’s family. 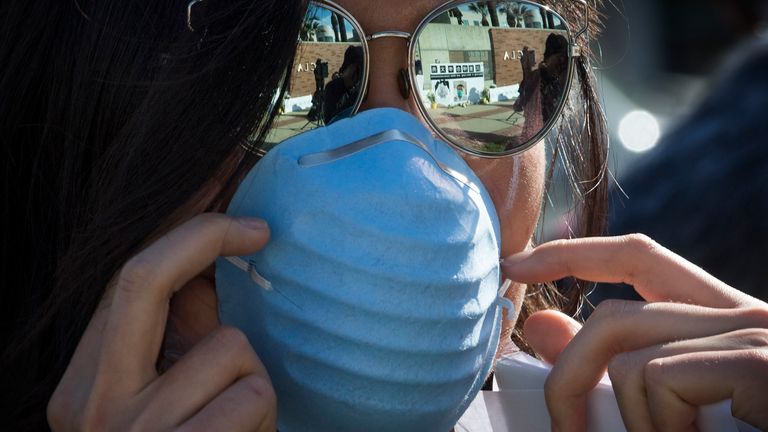 Two police officers have been issued with “disciplinary punishments” for their role in the original incident, a report by the National Supervisory Commission said.

Investigators found that Dr Li hadn’t disrupted public order with his actions – describing him as a professional who had fought bravely and made sacrifices.

His family have now received a financial contribution to his funeral, as well as workplace injury compensation.

Some posts on Weibo, a Chinese social media site, reacted angrily to the report. One wrote: “Is that it?”

Unusually, many of the comments criticising the report remained online hours after they were published – a stark contrast to early February, when posts attacking the government’s response to the coronavirus were speedily censored.

Following his death, Dr Li became the face of growing anger at the Communist Party’s controls over information – with complaints that officials lie about disease outbreaks or conceal them altogether.

The 34-year-old ophthalmologist, who worked in Wuhan, had raised the alarm about the coronavirus on 30 December – urging alumni of his medical school to wear protective clothing.

Dr Li told them seven patients from a local seafood market had been diagnosed with a SARS-like illness and were quarantined in hospital.

A screenshot of the message went viral on Weibo, China’s version of Twitter, and Dr Li was accused of “rumour-mongering” by Wuhan police who tried to silence him.

The doctor was told to sign a letter that accused him of “making false comments” that had “severely disturbed public order”.

Local leaders in Wuhan were accused of telling doctors in December that they were not allowed to publicise the spreading virus, as it would cast a shadow over the annual meeting of a government body.

Medics were also ordered to delete social media posts that appealed for donations of supplies.

Wuhan has now had its second consecutive day with no new confirmed or suspected cases.

The National Health Commission said all of the 39 new cases recorded on Friday were brought from overseas.

The latest developments across the world: