Coronavirus: Argentina felt like a virus-free bubble – before panic set in

There must be places around the world that are ‘coronavirus free’ bubbles.

Places where not only are there no infections, but where people aren’t worried, where it’s not the immediate first topic of conversation, where loo roll is plentiful and there isn’t a face mask in sight.

Until just a few days ago I felt I was in such a bubble.

“Where were you?!” I hear you cry. The Sahara Desert? The Mongolian Plains? An Antarctic laboratory? Well no, I was in Argentina, one of the most populous and regularly visited countries in South America. 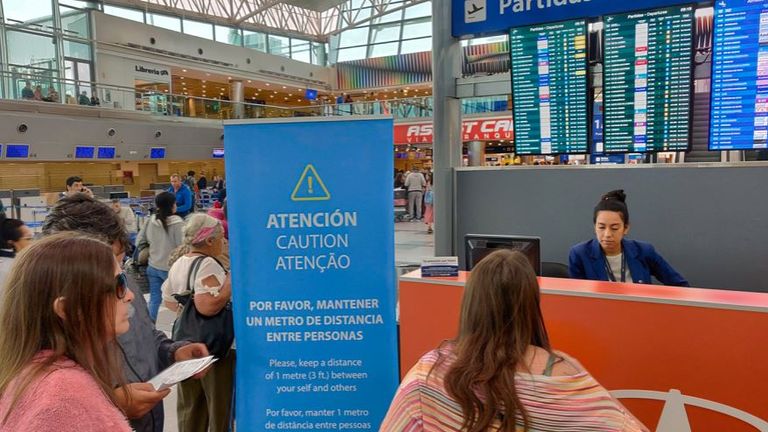 I was lucky enough to have been in Argentina and Chile for four weeks on my honeymoon and from there you’d have been forgiven for simply not realising a global crisis was unfolding.

Despite being from a comparatively highly affected country, no one questioned where we had been or where we’d come from on entry to tourist sites, national parks or even crowded youth hostel dorm rooms.

The local press largely wrote it up as something happening ‘over there’ and it just wasn’t brought up as a topic of conversation in the back of taxis, at restaurants or even among tourists.

We twice drove across the border between Argentina and Chile, our most recent crossing was only one week ago.

Virus prevention there amounted to one lacklustre sign about symptoms; there were no facemasks, no temperature checks, no hand sanitiser, no questions, no worries. With our tent on our backs off up into the mountains, we felt we were in the safest place on earth.

Indeed, there was little from the Latin American authorities encouraging anyone to feel otherwise.

As of the weekend, while European nationals battled thousands of infections and hundreds of deaths, Argentina had just 56 cases, Peru 71 and Chile, the worst affected per capita, still just 156.

It’s led to what some have described as a delayed or even ‘defiant’ reaction. While LATAM Airlines, the largest regional carrie,r did suspend some routes in early March, internally barely anything changed.

Brazil’s populist president Jair Bolsonaro described the virus as a “fantasy”. As recently as Sunday he was out meeting crowds despite being told by doctors he should quarantine himself because he’d been in contact with infected staff.

The Mexican president made similar appearances, a Brazilian congressman tweeted: “Pandemic my arse”.

But then, very suddenly, things changed. It was Friday afternoon when there were a few nervous whispers in our hotel, we were taken aback when the restaurant where we ate lunch presented us with a list of ‘banned’ nationalities; the Chinese, Japanese, Koreans, Iranian, Spanish, Italians, French, Germans and Americans were being turned away at the door. 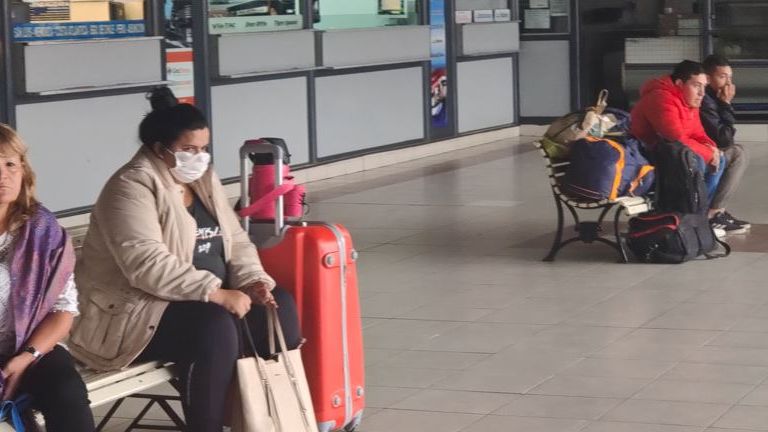 By Saturday morning it was literally as if someone had flicked a switch and overnight panic had set in.

Tour companies that had less than 12 hours earlier jokingly reassured fellow tourists that their holidays would continue, cancelled all itineraries, restaurants shut their doors to all, face masks were suddenly a feature, our hotel receptionist sat working her way through a huge pile of cancellation notices. “I don’t know how we will survive this”, she said.

Argentina had published a decree establishing a 30-day ban on entry to those coming from countries highly affected by the virus. By Sunday, it had announced a full border closure starting in just two days’ time.

In the southern Chilean city of Punta Arenas, locals protested about cruise ships of tourists being allowed to disembark, while leaders across the region spoke via conference call to plan, analyse and coordinate.

Latin America, it seems, woke with a start and a realisation it has a chance to prevent a Europe-style outbreak.

We were fortunately due to be travelling home on Sunday anyway, our flight was one of the very leaving Argentina for Europe.

On boarding a bus back to Buenos Aires there were nervous moments as we were grilled on where we had been and for how long.

The airport was packed. Hundreds of people queued to get on earlier flights out. We chatted to one British mother with a baby and a toddler, in tears over how she’d get home, and an NHS worker, bitterly disappointed at the cancellation of her long awaited trip, but more anxious about what lay ahead back at work. 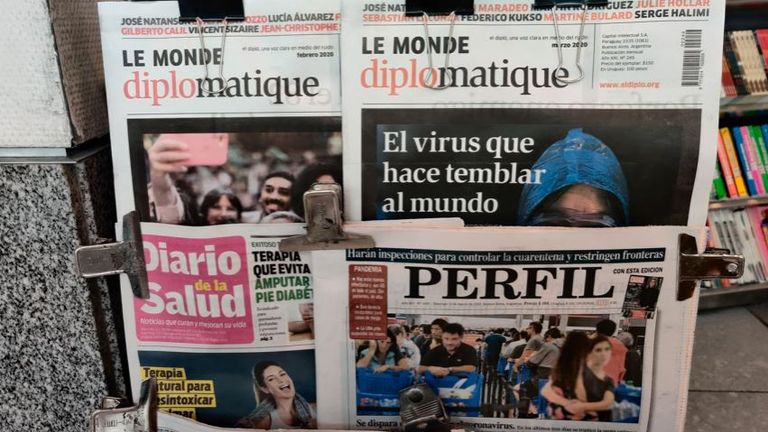 We learnt too that the British Airways crew, returning following a two-day layover in Buenos Aires, had been quarantined in their hotel by police.

As we made one last dash to duty free before boarding, the shops began lowering their shutters. Everything was quite literally closing around us.

The response had gone from zero to one hundred and it had all happened in the space of less than 36 hours.