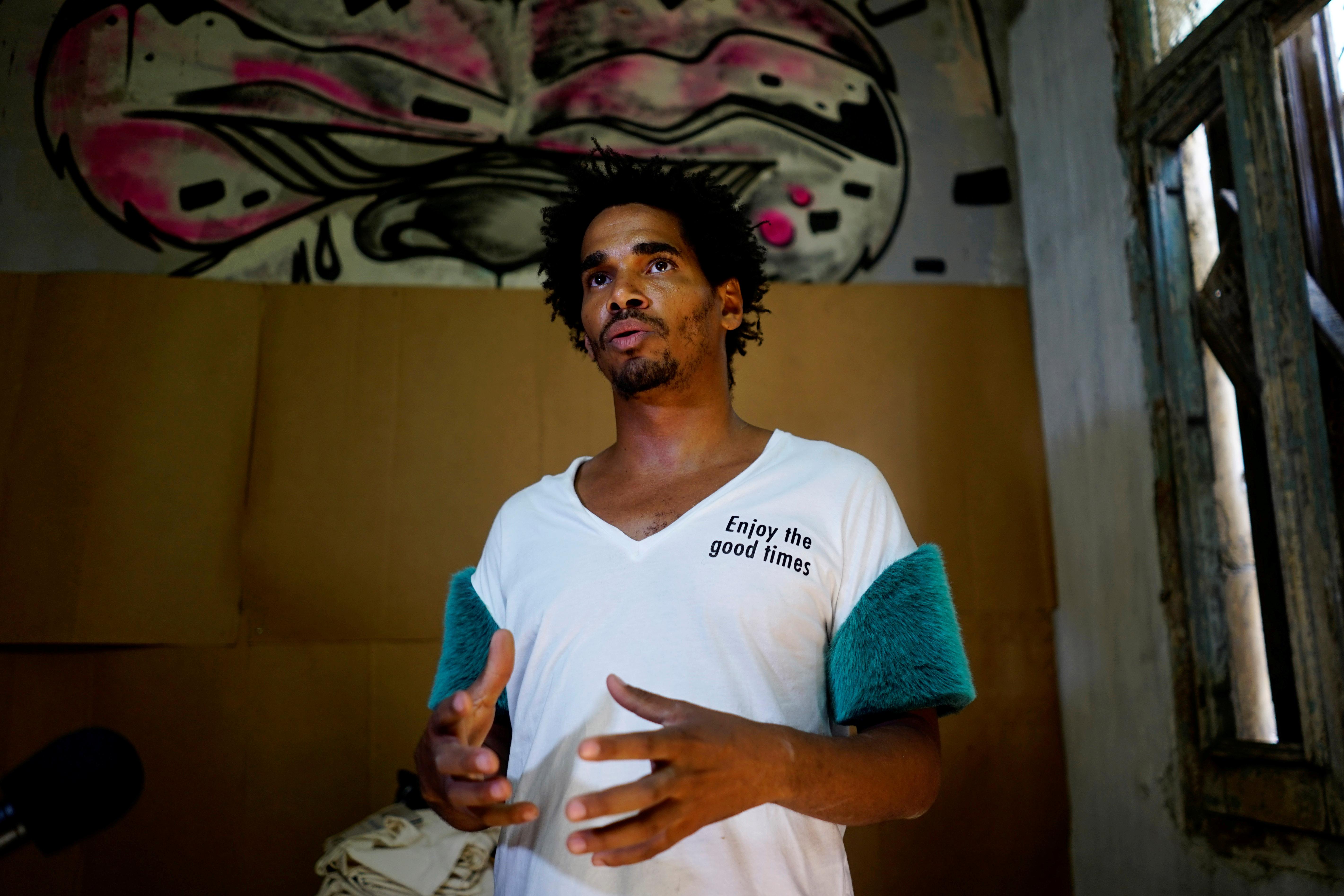 The 32-year-old, known for his provocative performances criticizing authorities, had been put in “preventive prison” awaiting trial on various charges, according to his partner and art curator Claudia Genlui.

One of these was the charge of insulting national symbols, after the self-described “art-ivist” draped himself in the Cuban flag for a month last year, including in the bathroom, documenting his performance with photos and videos.

Supporters said they were trumped up charges to silence a vocal critic. The Cuban government, which usually does not comment on police activity such as the detention of dissidents, did not respond to a request for comment.

But officials said this week on social media that he was not an artist and state news outlets ran articles on the importance of respecting the flag.

Otero Alcantara said in a video released by alternative outlet El Estornudo that authorities did not explain whether they would maintain those charges against him when they released him unexpectedly.

“I am still in shock because inevitably the experience of being in a jail is traumatic,” said Otero Alcantara. “But honestly I’m happy .. (because this support shows) I am not alone, all I have done is not in vain, and Cuba is changing.”

Otero Alcantara had been detained dozens of times at police stations over the past few years but never for more than 72 hours, and he had never been thrown in jail, Genlui said.

Those who criticized his imprisonment included even some staunch defenders of Cuba’s 1959 revolution such as folk singer Silvio Rodriguez and painter-sculptor Alexis Leiva “Kcho,” who was friendly with late revolutionary leader Fidel Castro.

“We are giving a very sad impression of backwardness, of the Middle Ages,” Rodriguez wrote on his blog. “How, in the middle of the 21st century, are we going to put ideological brakes on young artists?”