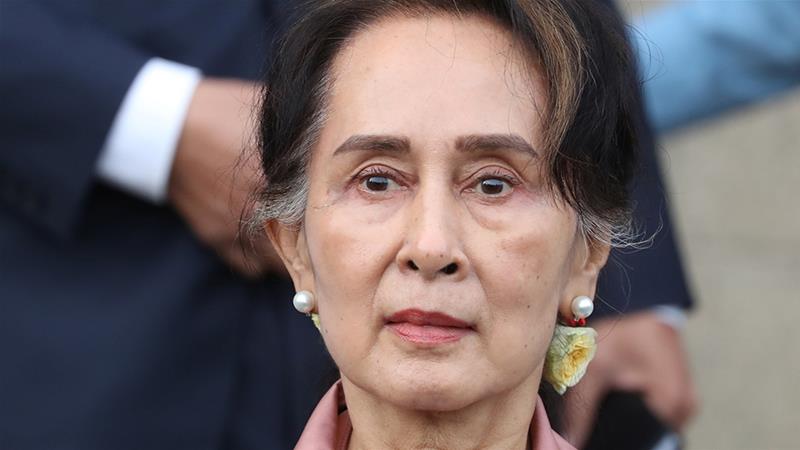 The City of London Corporation (CLC) on Thursday revoked an honour granted to Aung San Suu Kyi over the treatment of minority Rohingya Muslims in Myanmar.

Elected representatives on the body that runs London’s historic centre and financial district voted to revoke the freedom of the city granted to Suu Kyi three years ago.

This move in the United Kingdom followed Suu Kyi’s appearance, as Myanmar’s civilian leader, at the International Court of Justice (ICJ) in The Hague in December to personally defend her country against allegations of rape, arson and mass killings against Rohingya victims.

“Today’s unprecedented decision reflects the City Corporation’s condemnation of the humanitarian abuses carried out in Myanmar,” said David Wootton, chair of the CLC committee that deals with Honorary Freedoms.

“The argument for the removal of the award had been much strengthened by Aung San Suu Kyi‘s close association with Myanmar’s government at the [Hague] hearing, as well as her lack of response [to the committee’s letters],” he said.

Suu Kyi was originally awarded the honour, which dates back to 1237, in May 2017 in recognition of her “non-violent struggle over many years for democracy and her steadfast dedication to create a society where people can live in peace, security and freedom”.

She attended the award ceremony herself during a tour of Europe, but faced protests even then at the plight of the Rohingya.

In December Suu Kyi told the ICJ the military-led “clearance operation” in western Rakhine State against the Rohingya was a response to alleged coordinated Rohingya attacks against dozens of police stations in August 2017.

The Nobel Peace Prize laureate said Myanmar “actively investigates, prosecutes and punishes soldiers and officers that are accused of wrongdoing” and argued the tribunal, also known as the World Court, should not have jurisdiction.

She described the conflict as an internal one and said if human rights violations had occurred, they did not rise to the level of genocide.

In January the ICJ ordered Myanmar to prevent the genocide of Rohingya Muslims in Rakhine. Myanmar’s government rejected the ruling, saying it was based on a “distorted picture of the situation”.