SHENZHEN, China/BEIJING (Reuters) – Packed onto a plane full of fellow Chinese students heading home from the United States, 20-year-old Harvard University undergraduate Roger Zhang wore goggles to ward off the coronavirus for hours until they became just too uncomfortable. 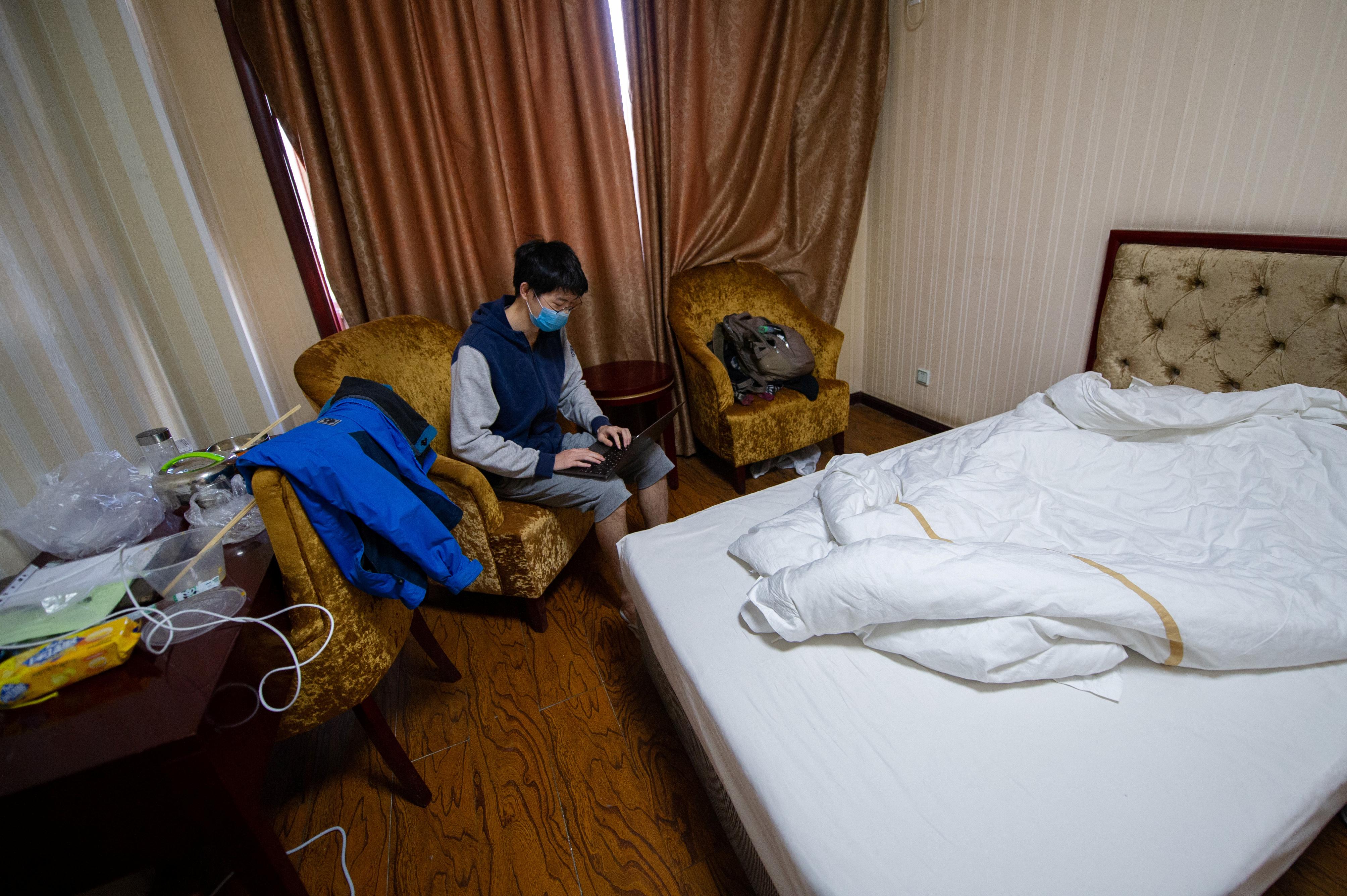 Zhang is among tens of thousands of overseas Chinese students making the journey back to China, where the coronavirus emerged late last year, as fears of it grip Western countries and schools and campuses shut their gates.

“I can’t predict the future, but it has seemed relatively more under control in China,” the Shenzhen native told Reuters.

“There’s lots of uncertainty and I think having more of a support structure – family and friends in China – would make this period easier.”

China has had most of the world’s 187,000 cases of the virus and most of its 7,400 deaths but it now appears to have it under control. Most of its new reported cases in recent days were imported from abroad.

As Chinese cities extend quarantines to travelers from an increasing number of countries and flights are cut back, students are rushing to get home.

More than 662,000 Chinese were studying overseas in 2018, according to government data.

Vivian Yuan started a WeChat social media group offering travel advice to returnees after helping a friend studying in London try to find a flight to Hong Kong, with the price suddenly rising from 7,000 yuan ($999) to 70,000 yuan ($9,988).

Direct flights are being advertised for three to four times the regular price, comparison websites showed.

As of Wednesday morning, Yuan’s chat group had more than 400 members sharing information on fast-changing airline policies and airport experiences.

“It’s understandable that people are panicking.”

Arrivals at China’s air and land ports were down 80% year-on-year for the week beginning on March 11, officials said.

But on Sunday, more than 2,000 mainland Chinese traveled from the international transport hub of Hong Kong to the adjacent mainland city of Shenzhen, more than double the number a week earlier, though still a fraction of regular traffic.

Entry has been chaotic, with overwhelmed staff trying to check for the virus on the border, according to several travelers arriving on Sunday. They said they queued for eight hours before being ferried to quarantine hotels where police patrolled the lobbies.

Wang Zihang, a student in his final year of high school in France, was among those coming home. He said he would rather face quarantine in China than stay in Europe.

“I was afraid there,” said Wang.

“It’s not about their health care system or economy – it’s just the country is too small to cope with so many people getting sick at the same time.”

Engineering and management graduate Jack Jiang said he had just got authorization to work in the United States when the virus started to spread quickly there.

Rather than looking for engineering jobs in his adopted city of Dallas, he is now quarantined in a requisitioned holiday hotel overlooking a palm-lined yacht harbor on the southern Chinese holiday island of Hainan.

He had booked three flights home in case some were canceled.

“I didn’t want to come back,” he said, but felt it the safest thing to do.

“Americans don’t take the coronavirus seriously. Being alive is the top thing for me.”

But other Chinese students have chosen to remain abroad with some, like Elaine Liu, studying at the University of Pennsylvania’s Wharton School, feeling it the safer option.

Liu’s classes have already moved online but she said she was worried about flying home with other Chinese who may be infected but who have not been tested in the United States.

But she can’t help wondering she that might have had more freedom if she returned home to Beijing and endured quarantine.

“In Philly I have no outdoor activities anymore and have no chance to hang out with my friends … in comparison the situation in China is very good. People can go out for gatherings if they were masks,” she said.

Yu Ding, a graduate student at George Washington University, also decided to stay on in the United States after weighing up the risks.

She said her young age, which should mean a relatively low health risk from the virus even if she catches it, combined with the sky-high cost of a flight had swayed her decision to stay.

“I’ll be graduating in two months and looking for jobs, there’s really no time to be wasted on international flights and quarantine,” she said.