Liu Xiaoming stated the goal of his press conference was to help the British public understand the Hong Kong security law comprehensively, objectively and accurately. Mr Liu added that reports regarding the law by the British media were full of misinterpretation and misunderstanding.

Mr Liu said: “On June 30 the standing committee of the National People’s Congress adopted the law of the People’s Republic China on safeguarding national security in Hong Kong.

“This law is an important milestone in the implementation of one country, two systems.

“It is a strong safeguard for the rights and freedom of Hong Kong residents.

“After the law was adopted British media carried massive reports and comments which to be frank are full of misinterpretation, misunderstanding and even distortion. 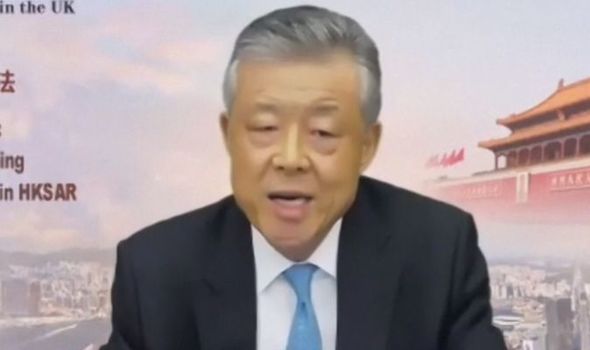 “So today I want to use this press conference to help the British public understand this law comprehensively, objectively and accurately.”