Chinese health officials tried to blockade an Ikea store in Shanghai after a client had been in close contact with a positive Covid case. Footage shows three health agents blocking the door under the screams of IKEA shoppers who desperately tried to get out of the store. As IKEA shoppers pushed the door open, three other officials blockaded the door – in vain.

Eventually, shoppers forced their way out and made their escapes despite the authorities’ attempt to quarantine them. The IKEA shop’s sudden lockdown was ordered due to a close contact of a six-year-old boy with a Covid patient in Lhasa, Tibet.

In total, Ikea shoppers were quarantined for two days and then were under health monitor for five days.

Everyone at Ikea and other affected areas will need to quarantine for two days and then do five days of health surveillance, said Zhao Dandan, deputy director of Shanghai Health Commission, in a briefing on Sunday.

These incidents and lockdown orders have been deployed as part of China’s Covid Zero strategy despite citizens’ discontent and the mounting toll on China’s economy. 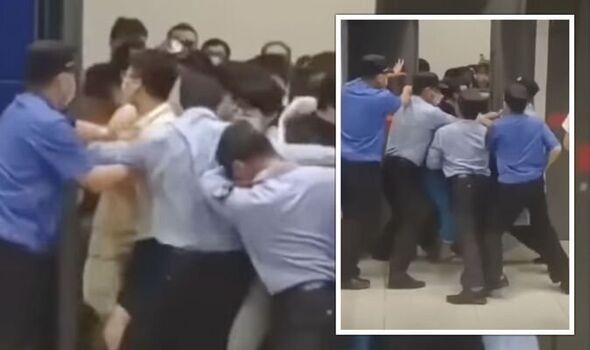 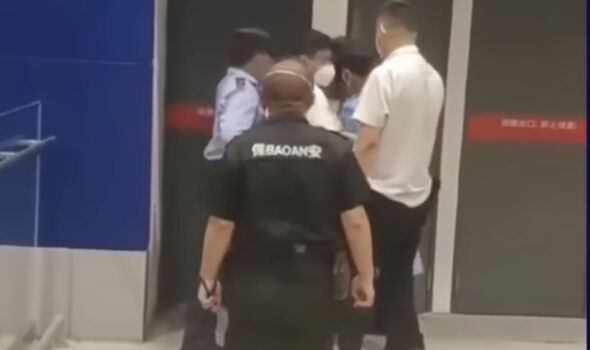 The 20-million-resident city of Shanghai endured a severe two-month lockdown earlier this year.

To justify the net-Zero policy, the Deputy Director of Shanghai’s Centre for Disease Control Wu Huanyu told reporters “the epidemic may rebound” – hence the need for more stringent controls. 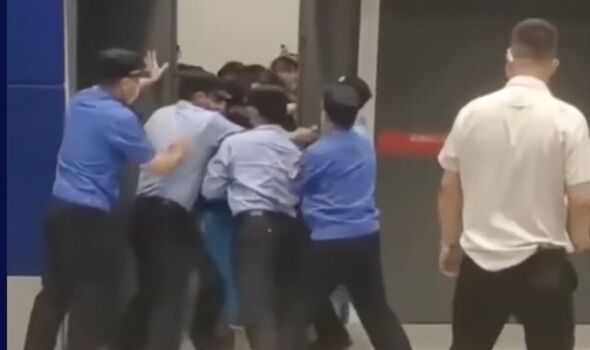 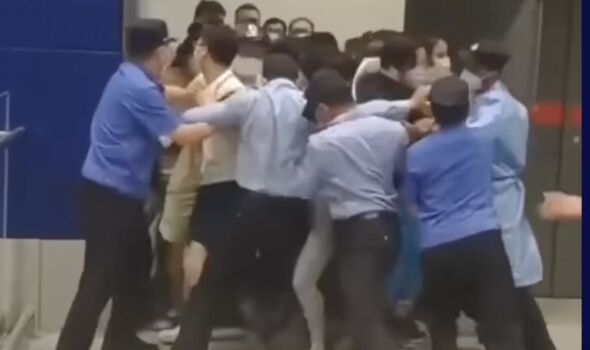 The World Health Organisation described the policy as “unsustainable.”

“When we talk about the “zero-COVID,’ we don’t think that it’s sustainable, considering the behavior of the virus now and what we anticipate in the future,” WHO director-general Tedros Adhanom Ghebreyesus said.

The strict policy is taking a toll on China’s economy, with a rare GDP contraction of minus 2.6 compared with the first quarter of the year.

The country also registered an alarming rate of youth unemployment, as almost one in five people in the 16-24 age group were jobless – a ratio far higher than it is in the US, Europe or Japan. 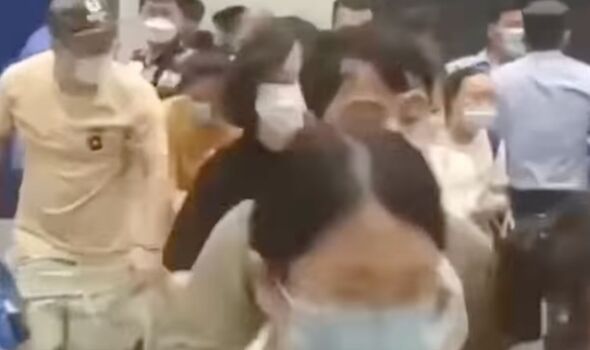 Homebuyers have seen the value of their real estate assets plummet, prompting some to boycott their mortgage payments. The move has raised concerns over the wider financial system, which is saddled with $8.6trillion in mortgage loans.

The country’s economy only grew 0.4 percent in the three months to June – the second-worst quarterly figure in 30 years.

“Second quarter GDP growth was the worst outcome since the start of the pandemic, as lockdowns, notably in Shanghai, severely impacted activity at the start of the quarter,” Tommy Wu, lead economist at Oxford Economics, told the BBC.

READ NEXT:
US warned against ‘bloodbath’ war as China has spent YEARS preparing
China prepared to overwhelm US with lethal ‘navy killer’ missile swarm
China-US tensions rise as Taiwan thanks White House
Chilling UK future of ’empty shelves’ laid bare as China play exposed
Global world order is changing – Has the US finally lost its grip?