The Commons Defence Subcommittee said the widespread use of overseas firms in the UK defence supply chain left it open to “potentially hostile foreign involvement”. China in particular has a record of large-scale intellectual property theft, says the report, raising concerns that UK firms working alongside Chinese suppliers could have their technology stolen. The report lists six companies which continue to form part of the defence supply chain despite having come under Chinese ownership.

One supplies components for the F-35 strike fighter and another for Apache attack helicopters.

Most have been acquired since 2017, four years after Chinese premier Xi Jinping implemented the so-called military-civil fusion strategy which ended the division between Chinese civilian firms and the state in order to advance military, economic and technological prowess.

Three were bought by Chinese aerospace and mining concern Shaanxi Ligeance Mineral Resources, which was on the Government’s watchlist, with former business secretary Greg Hands blocking its attempted takeover of Northern Aerospace Ltd in 2018 on security grounds. 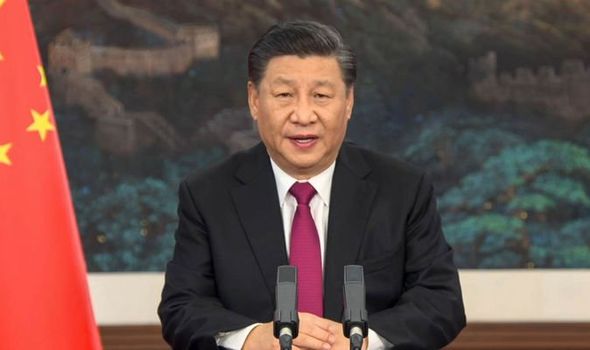 While the commercial takeovers were legal, security experts last night warned of future implications of having potentially crucial defence assets controlled by Beijing.

Tobias Ellwood MP, who chairs the committee, said: “This is an example of the Cold War in action.

“It’s not just about the building up of weapons systems, it’s about China promoting its own ideology and challenging ours through the purchasing of companies which have the capability of limiting our ability.”

The committee urged ministers to draw up a list of “friendly” countries it was happy to see continuing to invest in the defence supply chain, while the rest should be barred.