The administration urged a court to throw out a challenge brought by tribal and environmental groups, backing a pipeline that would carry Canadian oil across Minnesota and Wisconsin. 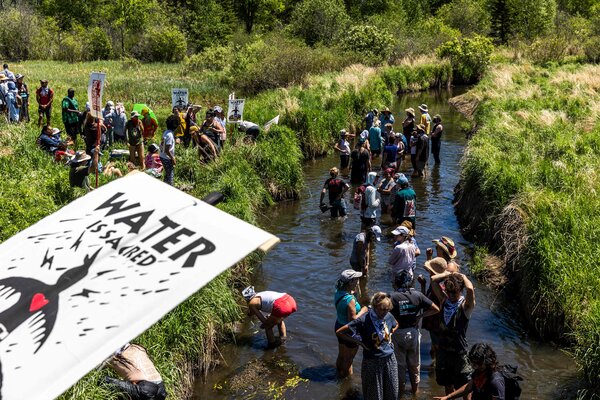 The Biden administration has defended a contentious pipeline project that would carry hundreds of thousands of barrels of oil through Minnesota’s delicate watersheds, urging in a court brief that a challenge brought by local tribes and environmental groups be thrown out.

The closely watched filing in federal court was the latest in a series of actions taken by the administration to back Trump-era approvals of oil and gas infrastructure, despite President Biden’s pledge to aggressively cut emissions from fossil fuels, a major driver of climate change. The pipeline, which is known as Line 3 and is being built by Canadian pipeline company Enbridge Energy, has been the focus of mass protests in recent weeks.

Mr. Biden could still decide to withdraw the federal permits that the pipeline depends upon for construction to proceed. But for now, the administration is defending a decision by the United States Army Corps of Engineers to issue those permits. That decision was made in the closing days of the Trump Administration.

The clash between Mr. Biden’s pledges on climate change and his recent decisions has disappointed those who had hoped that the United States would finally start taking aggressive steps to ward off the worst effects of global warming. It also illustrates the difficulties of weaning the country off the oil and gas that has long powered its economy. 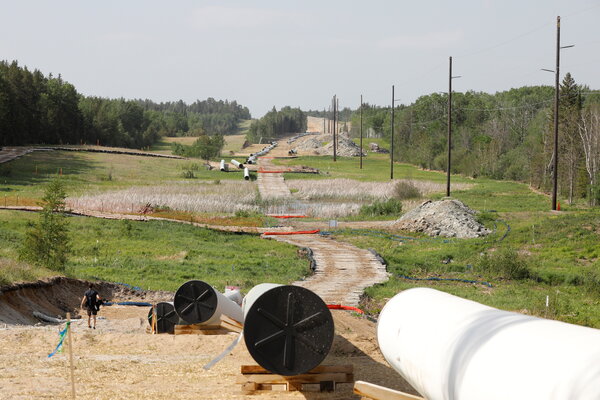 Indigenous groups have also been trying to flex newfound political clout. Native Americans, like the secretary of the interior, Deb Haaland, now hold important positions within the Biden administration and have said they intend to hold Mr. Biden to his campaign promises on racial equity, particularly for tribal communities.