Palestinian officials announce state of emergency as number of infections rises to 16. 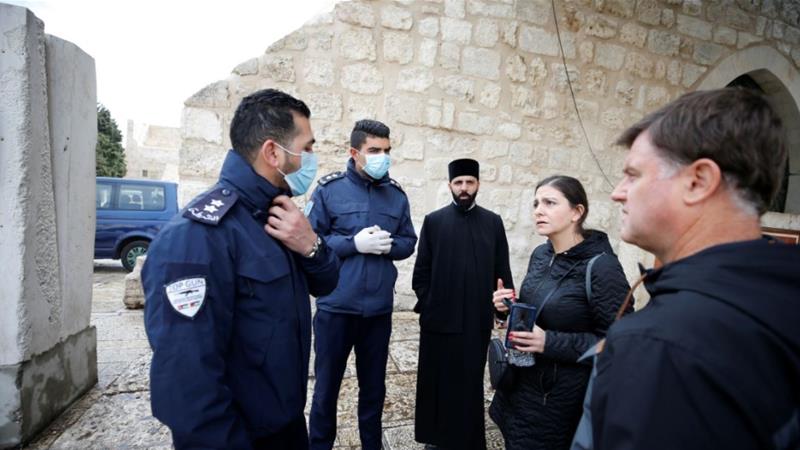 The city of Bethlehem in the occupied West Bank has been placed in lockdown after the first Palestinian cases of the new coronavirus were discovered there and authorities announced a state of emergency.

Palestinian Health Minister Mai al-Kaila said on Friday a total of 16 cases of the COVID-19 illness caused by the virus had been detected in the West Bank, including nine new cases in Bethlehem, according to the official Palestinian news agency, Wafa.

The Israeli defence ministry said it had imposed emergency measures on Bethlehem, with everybody “forbidden from entering or leaving the city”. It added that the lockdown had been imposed “in coordination with the Palestinian Authority” (PA).

Israel controls all entrances to the West Bank but the Ramallah-based PA has limited autonomy in cities.

Palestinian Prime Minister Mohammad Shtayyeh made a special broadcast late on Thursday to announce the 30-day lockdown, saying the measures were essential to contain the disease.

All but essential travel between Palestinian governorates was now prohibited, while all schools and educational facilities would close, he said.

Public parks and tourist sites would close while large sporting events, conferences and other major gatherings were cancelled, Shtayyeh added.

Muhannad Qaisy, a Bethlehem resident, told Al Jazeera it was nothing the Palestinians had not experienced before.

“To be honest, we’re used to such measures, to be under closure, people staying at home for many nights, but for a different reason, because we live under occupation,” he said.

The streets of Bethlehem and Ramallah were near-empty on Friday morning, with most shops closed.

“Despite officials telling them to stay calm, some people stocked up on food, water and cleaning supplies out of fear that the shutdown will go on for some time,” she said.

The Palestinian health ministry said the cases had first been detected at a hotel in the Bethlehem area.

The head of the local health directorate, Imad Shahadeh, told AFP that a group of Greek tourists had visited the hotel in late February, with two later diagnosed with the virus.

Several suspected cases have since been identified among hotel workers, he said.

The Church of the Nativity, built on the site Christians believe was the birthplace of Jesus, was closed on Thursday and, along with other sites, is expected to be shuttered for a month.

Asbed Balian, senior cleric of the Armenian church at the Church of the Nativity, said infected visitors had entered the site.

“People affected by corona[virus] visited the church,” he told AFP.

Issa Thaljieh, a priest at the Nativity Church, told Al Jazeera the church had been disinfected.

“Yesterday, the church was sterilised and cleaned so that when people come back after 14 days everything will be safe,” he said.

COGAT, the Israeli body responsible for civilian activities in the Palestinian Territories, said it was “working closely with the Palestinian Authority” to stem the spread of the virus.

All tourist buses to and from Bethlehem were banned until further notice, Israeli police spokesman Micky Rosenfeld said.

According to the AFP news agency, about 20 buses were stuck at a checkpoint run by Israeli personnel at the entrance to the Palestinian city, which is about 10km (six miles) south of Jerusalem.

Witnesses said some tourists in Bethlehem were trying to bypass military controls to reach Jerusalem. 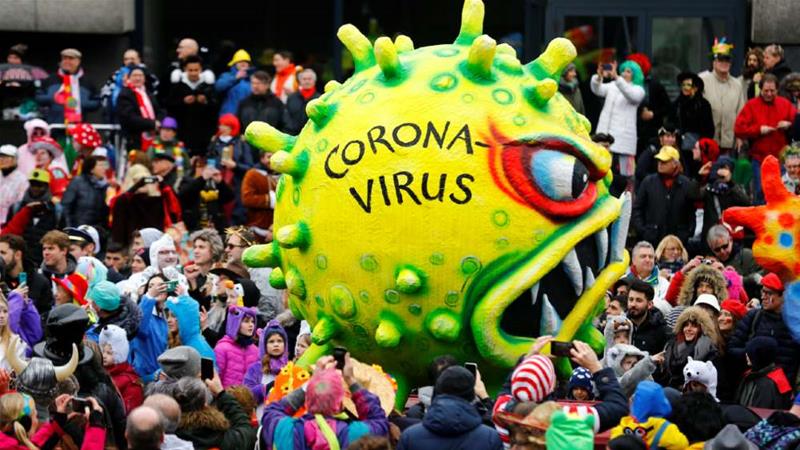 How the coronavirus outbreak is affecting the global economy