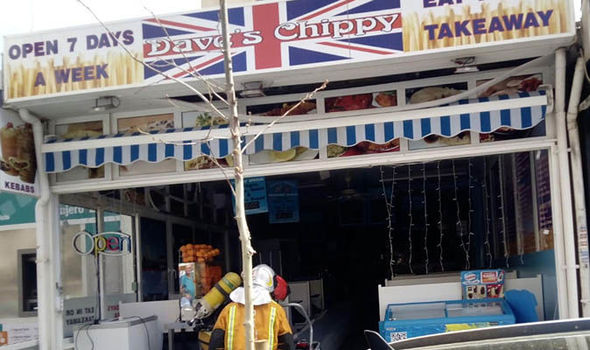 Initial reports said the incident at the restaurant and takeaway, a favourite with holidaymakers and expats, was the result of a gas cylinder explosion.

No-one at the eaterie in Benidorm’s Rincon de Loix area, described by some customers in online reviews as the best chippy they have ever eaten in, could be reached for immediate comment today.

The incident happened just before midday, shortly before it is thought to have opened for business. The windows at the chippy appeared to have been blown out.

A police cordon was put round the premises and neighbouring premises evacuated after police, ambulance workers and firefighters arrived.

A police spokesman confirmed there had been a small explosion around 11.20am today as a worker was changing a gas bottle and said the premises had been cordoned off as a precaution.

A routine investigation is now underway.

The eaterie gets generally good reviews from visitors.

One holidaymaker said of the owner after eating at Dave’s Chippy: “He’s the funniest man I’d ever seen in Benidorm and cooked the best chips I’ve had in a long time.

“You can get anything in here from fish and chips to set meals, all to take away and very cheap and not greasy.” 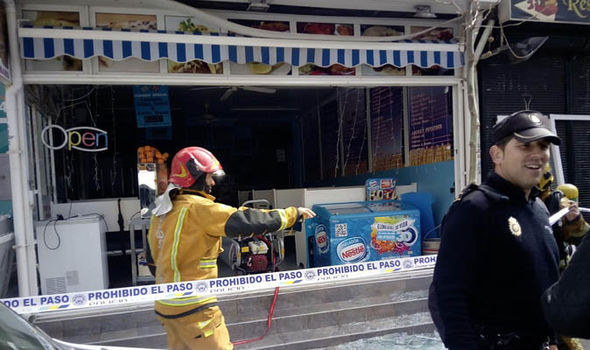 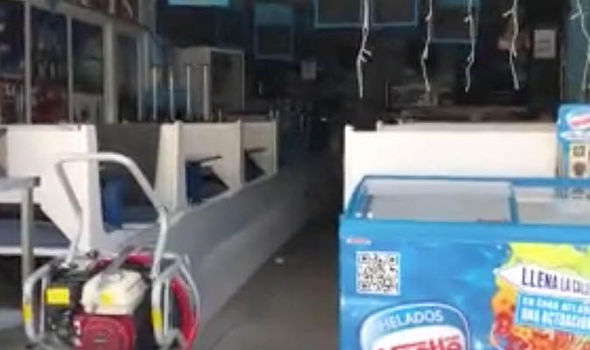 Another added: “What a chip shop this is! Me and my friend fancied some chips & gravy so popped in here when passing. We sat inside.

“The chips are made fresh, not frozen, so are hot and crispy. There is lots to choose from at reasonable prices.”

Three people were injured in an explosion at a packed market in a Spanish tourist city in December.

A butcher’s stall was badly damaged in the blast at the market in Lorca in Murcia, south east Spain, which was also blamed at the time on a gas cylinder.