BBC Weather forecaster Susan Powell warned Storm Christoph would be causing disruption in the UK and Scandinavia with heavy rain and strong winds. Further south of the UK, France and Spain can also expect heavy rainfall and powerful gusts from the Atlantic ocean. Temperatures will remain mild for many parts of central and western Europe despite the rainfall.

Scandinavia can expect more wintry conditions however as it is struck by Storm Christoph after the UK.

Ms Powell said: “We still have an extensive bank of cold air sitting across eastern Europe at the moment.

“Central Europe, something of a transition zone for the next 48 hours.

“Milder air has already started to edge its way in from the Atlantic and it will push itself further eastwards as these weather systems make greater inroads. 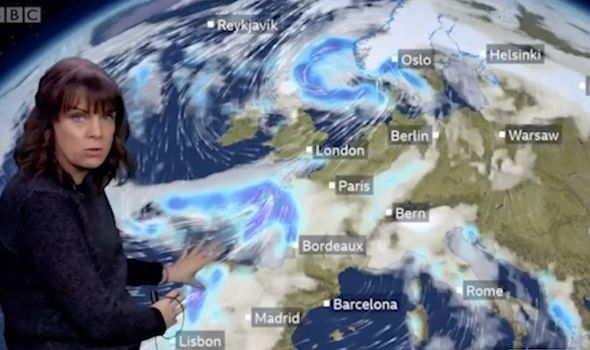 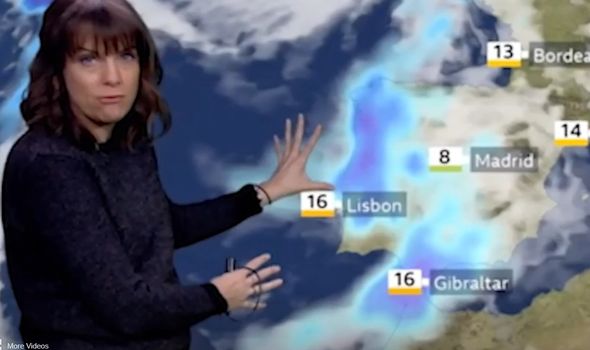 “There will be some strong winds though accompanying the rain as it moves into western Europe on Wednesday.”

The BBC Weather forecaster noted the impact Storm Christoph will have on north-west Europe and Scandinavia.

She said: “There will be increasing amounts of cloud in Spain on Wednesday as we see the low pressure coming in from the west. 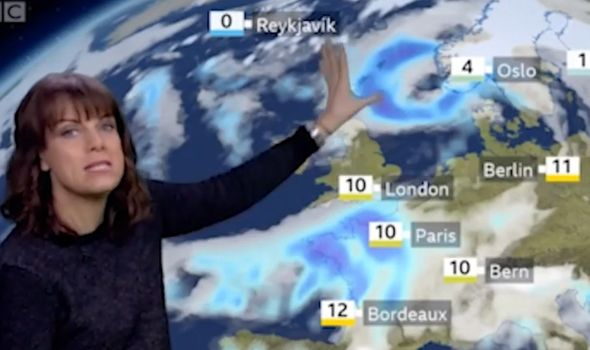 “Most of the rain is holding off for the Costas through the middle part of the week.

“The winds are likely to be an issue across western Spain and for France.

“We have got Christoph for the north-west of Europe as Storm Christoph develops across the UK on Wednesday. 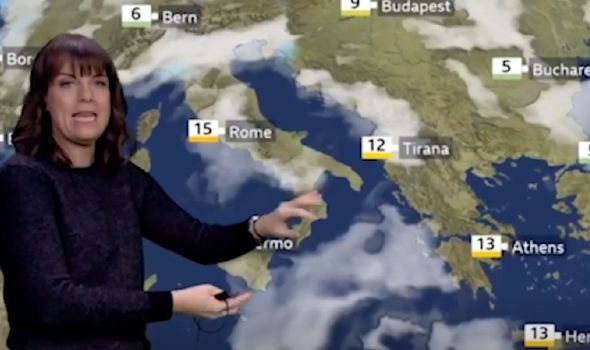 “It will then push out into the North Sea on Thursday and that will take very strong winds and another bout of wintry weather into Scandinavia at the end of the week.”

The forecaster noted that after some rainfall it will become drier and slightly warmer than the last few days.