BBC Weather: ‘Thundery showers’ to hit parts of the UK

BBC Weather forecaster Carol Kirkwood warned of heavy fog and mist for the next few days. She noted that in some parts that avoid the fog in the morning it will be particularly cold with visible frost. In addition to this, a new wet weather front is moving into the UK from the south-east.

This will likely bring thundery showers and heavy showers for some as it spreads through the UK.

Ms Kirkwood said: “As we head through the evening and overnight we will see a return to extensive low cloud, some mist and some fag.

“Those showers are romping in the southwest, the channel islands and also Wales.

“It is going to be another cold night, particularly where the cloud does break, here we will see a touch of frost.” 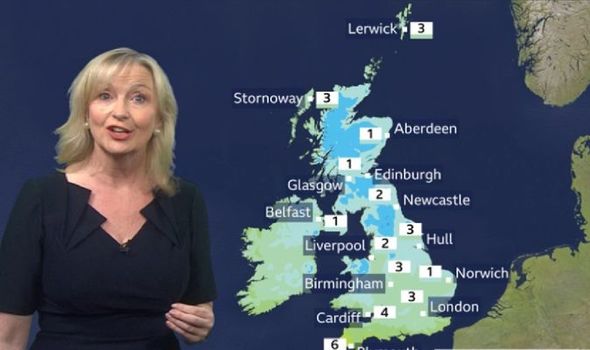 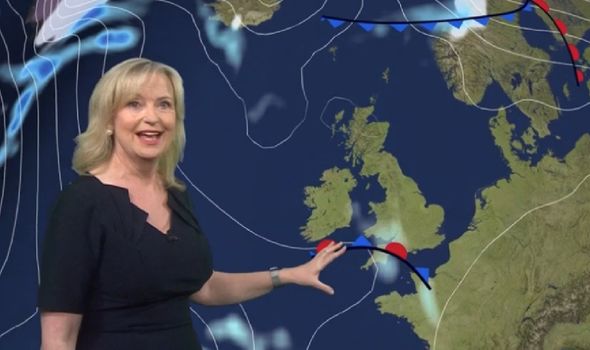 Ms Kirkwood explained the new weather front moving in from the southeast this week.

She said: “Tomorrow this is the weather system bringing in the showers later today and tonight.

“It will drift a little bit further northwards and eastwards and some of those showers could prove to be heavy and also thundery.

“Look at the extensive cloud that we have got though, remember again we have some mist and some fog embedded in this. 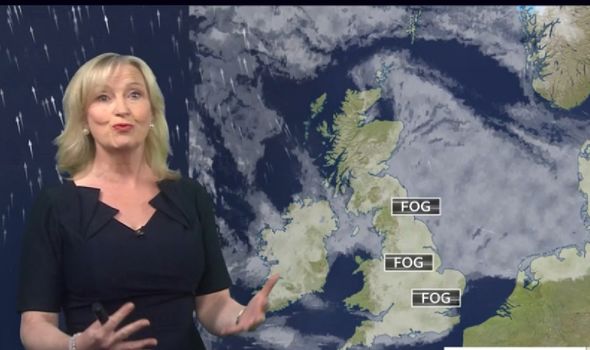 “There will be some drizzle coming out of this as well.

“A few breaks are likely and here we will see some sunshine and as we move through that will break up some of the cloud too.

“In parts of the south, we should also see some sunshine coming through.

“If that happens we could get temperatures at around 11-14C. 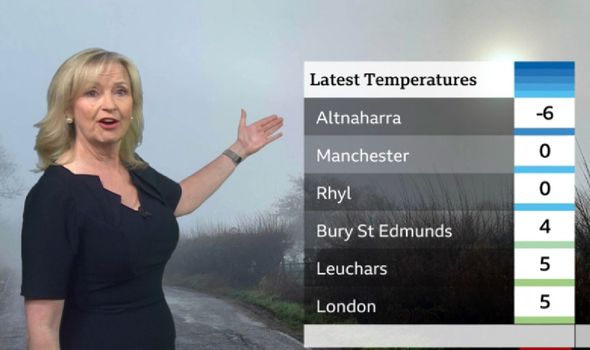 “But generally, the temperatures will be around fives, sixes and sevens.”

Temperatures across the UK in the morning will remain particularly cold this week.

Ms Kirkwood also noted that Manchester and Rhyl would start the day with temperatures as low as 0 degrees Celsius.

Altnaharra is expected to see temperatures as low as -6C.