After losing jobs, many Sudanese struggle to make ends meet in Egypt

CAIRO (Reuters) – After losing his job as house cleaner in Cairo, Sudanese refugee Abdel-Nasser Khamis has been struggling to pay his bills. 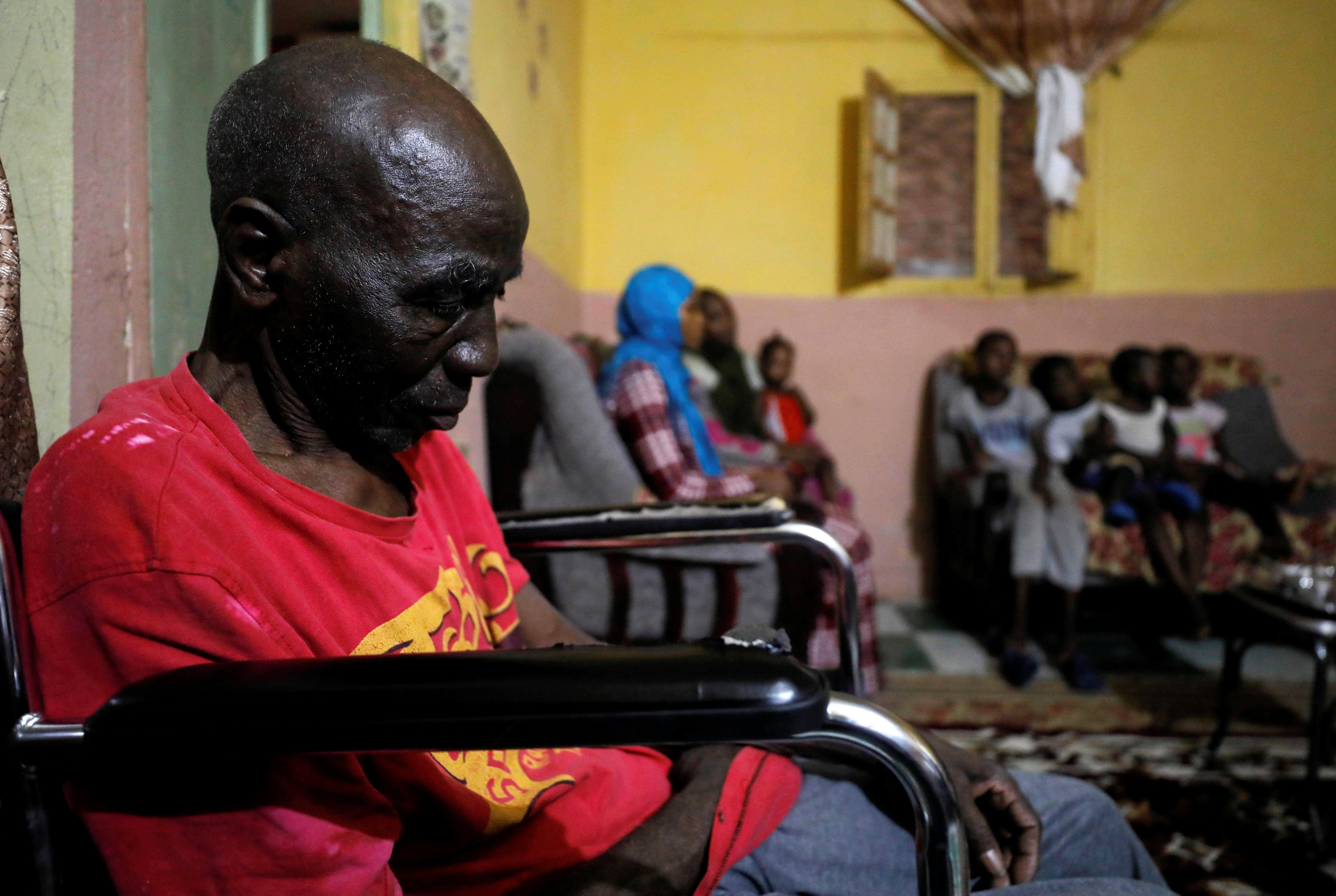 It’s a fate shared by tens of thousands of migrants in Egypt, where the fallout from the coronavirus has hit the economy hard, U.N. officials and aid workers say.

Coronavirus lockdowns also cost many Egyptians their jobs. More than a quarter of those who had a job have not been working since the government brought in measures to fight the pandemic, while more than half have been put on shorter hours, the statistics office says.

In turn Egyptians have been forced to let go migrants from Africa and Asia working as domestic staff, drivers or labourers, residents, migrants and aid workers say.

The U.N. migration agency IOM has seen requests for aid from foreigners in Egypt jump fourfold since March.

Khamis, who lives with his wife, baby and relatives in a small flat in the crowded Ain Shams district, receives food parcels from a charity. But it is not enough.

“I have not paid rent for this house for three months. The landlord was okay about it, but now says that this is the last month,” the 29-year-old said, breaking down in tears.

“We have been mainly eating rice. Meat we cannot afford anymore,” he said, sitting on a couch next to a relative who also lost his job as cleaner.

IOM estimates that a fifth of about 6.3 million foreigners in Egypt are “vulnerable” which require help, said Laurent De Boeck, IOM’s head in Egypt.

The government press centre and foreign ministry did not respond to questions on the situation of migrants.

Egypt says its treatment of refugees is exemplary as they receive services such as health care without discrimination and live freely among locals.

De Boeck said Egyptians were very welcoming but there was a limit to what they could do. Even before COVID-19 broke out around third of locals were below the poverty rate, and nearly three-quarters have seen their income fall since then, official figures show.

Egypt used to be a transit point for African migrants trying to make some money before moving on.

But strict controls stopping migrant boats going to Europe, an Israeli border fence, and conflict in Libya have left many stuck.

The biggest group are Sudanese with around 3.8 million, IOM says – neighbouring Egypt is a natural destination to escape poverty as they can travel by land and get help from relatives.

A Sudanese charity has been helping more than 500 families whose breadwinners have become unemployed in Egypt. “Many are facing eviction because they cannot pay the rent,” said Abdallah Rabeh, one of its leaders.

Ayat Mohamed, 40, who lives with 6 children, her sick father and two other relatives in a barely furnished flat, has been worrying about how to find food as her day labourer husband has not since March.

“Our financial situation is difficult … There is no work,” she said, standing in her small kitchen.

Not only Sudanese are affected. Some 1,000 Nigerians have lost their jobs and so have around a quarter of the 4,000 Filipinos living in Egypt, according to community leaders.

“Many (Nigerians) used to work as English teachers,” said Peter Olufosoye, a businessman who chairs the Nigerian expatriate community in Egypt. Some foreigners are trying to go back home, De Boeck said.

IOM has received requests from 1,500 people to be flown home and expects another 500 in the next three months.

For Khamis going back to Darfur, home to an unresolved conflict where the U.N. says 300,000 have died, is not an option. “There is no security in Darfur,” he said.