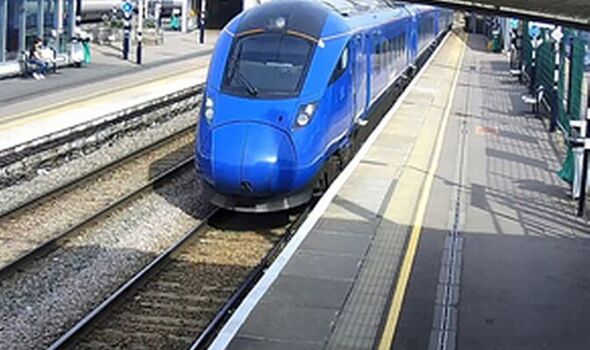 The Lumo train from Newcastle to London King’s Cross was moving at such a fast pace that it lurched sideways when passing through the north end of Peterborough station. The speed limit for this section is 25mph, but the train was caught doing 75mph, according to the Rail Accident Investigation Branch (RAIB).

The incident occurred on April 17th at around 10.20am, reports My London.

As a result of the speed, travellers were thrown from their seats and luggage in overhead compartments fell into the aisle and onto passengers.

According to the British Transport Police, 15 passengers reported minor injuries. Fortunately, nobody was seriously hurt and the train managed to avoid derailing – eventually grinding to a halt at the other end of the station.

No damage was caused to the infrastructure of the railway, or to the vehicle involved.

The train was not due to call at Peterborough and had originally been approaching the station on a fast line, before being moved onto a slower line via the points where the incident occurred.

The route onto this slower line was being displayed on the signal situated on the approach to the points.

An investigation will now be conducted and will consider the way in which the train was driven and any factors which may have influenced the driver’s actions.

It will also consider the condition of the signalling system at the time of the incident, and the nature of the reported injuries.

Any underlying management factors will also be investigated.

A Lumo spokesperson said: “At Lumo, the safety of our customers and staff is our highest priority, and we will be co-operating fully with the RAIB’s investigation. Until the investigation has concluded it would not be appropriate to comment further.

“In the meantime, we remain committed to providing the highest standards of service to our customers.”