One of Spain’s most beautiful villages is in Tenerife 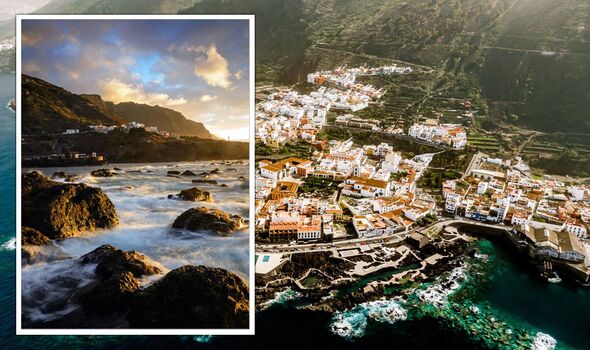 The Los Pueblos más Bonitos de España campaign finds the most beautiful villages in Spain. One of the villages on the list is Garachico, in Tenerife.

The campaign said: “Its beautiful cobbled streets invite you to explore the heart of the town, its churches and historical buildings.”

The village was almost completely devastated in 1706 but several families decided to rebuild it, capturing its former beauty.

Tourists can visit the San Francisco Covent which was saved in the process and dates from 1526.

On the coast, tourists can relax by the natural pools of El Caleton, a top tourist attraction in Tenerife.

A tourist who visited the pools wrote on Tripadvisor: “The natural pools are a lovely place to sit and people watch.

“Several people swimming in the pools, youngsters jumping in off the high lava rocks and waves coming in from all angles! Lovely place!”

Another person added: “I really like this place, beautiful views, many cafes and restaurants, natural water with a very beautiful colour.”

One person said: “Stunning area of natural rock pools. Some are shallow and some very deep, so something for everyone.”

Tourists will discover ancient convents and monasteries in the historic town and there are also a few surprises.

Garachico even has a monument to a curious wine rebellion that took place in the town in 1666.

The workers were protesting the British monopoly of the wine sector and the event is commemorated with a statue on the seafront road.

As the majority of tourists travel to the south of Tenerife, northern towns such as Garachico are generally less crowded.

Tourists will be able to sample some Canarian delicacies at one of the local restaurants in the beautiful town.

Popular dishes include pappas arrugadas, a simple potato dish using local potatoes which have a specific flavour due to the islands’ volcanic ash.

Puchero Canario is popular during winter and translates as Canary Island stew. The dish is made from pumpkin, cabbage and sweet potato with pork and beef.

The Canary Islands are a leading winter holiday destination as the temperature remains warm all year.

In January, Tenerife enjoys highs of 20 degrees with lows of 15 degrees and four days of rain on average.

Temperatures rise from March and generally peak in August although are frequently above 25 degrees in September and October.

Budget flights to Tenerife are available at many of the UK’s major airports with the cheapest prices during the week.