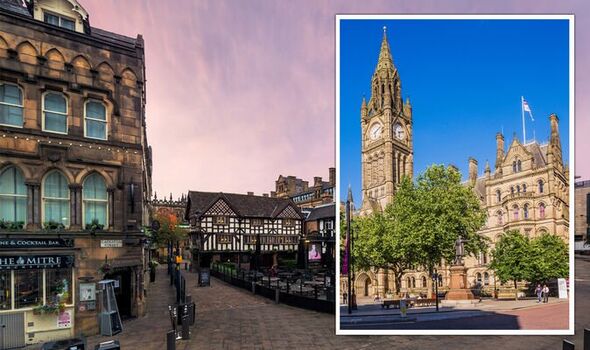 National Geographic has released its list of ‘Best of the World’ destinations for 2023. This year a major UK city has been named as one of the world’s best places to visit.

Manchester was the only UK city to make the list and was chosen for several exciting reasons.

The city was celebrated for the Manchester Museum, due to reopen in February 2023 after a £15million transformation project.

Sheona Southern, managing director of Marketing Manchester, said: “This is huge news for Manchester, and we are thrilled the city is being recognised as one of the world’s best destinations to visit in 2023.

“This accolade comes after a turbulent time for the visitor economy and is a testament to the exciting developments and openings coming up in 2023.

National Geographic also highlighted the chance to get behind the scenes at one of the world’s most famous football stadiums.

It said: “Visit the playing grounds of a storied soccer team in Manchester and be inspired by the city’s art scene as well.”

One person said: “What a fantastic experience for Man City fans! We never felt rushed and could ask lots of questions.”

The John Rylands Library, which holds one of the world’s finest collections of rare books, is also highly ranked.

A visitor said: “A very beautiful building and such an interesting story. It was stunning.”

Other top attractions include the National Football Museum, the Science and Industry Museum and Manchester Art Gallery.

The city also has a buzzing nightlife scene as well as a diverse range of restaurants and bars.

Manchester could be the perfect city break for a staycation in 2023 with plenty of affordable hotels near the city centre.

National Geographic chose 25 destinations to celebrate in this year’s ‘Best Destinations in the World’ competition.

Karpathos, a gorgeous Greek island, Alberta in Canada and Ghana were among those celebrated for sustainability.

Botswana, Slovenia and the Azores were just a few of the destinations celebrated for their nature.