Google Maps Street View often catches people when they least expect it. However, increasingly locals are setting up scenes for the entertainment of Google Maps viewers.

This seems to be the case for one man in suburban Florida, US.

The man adopted a rather strange pose in his front garden just as the Google Maps car drove by which has caught the attention of Reddit users.

The scene unfolds on a residential street as the car to which the Google camera is attached drives by a row of houses.

Nothing is particularly out of the ordinary at first glance. 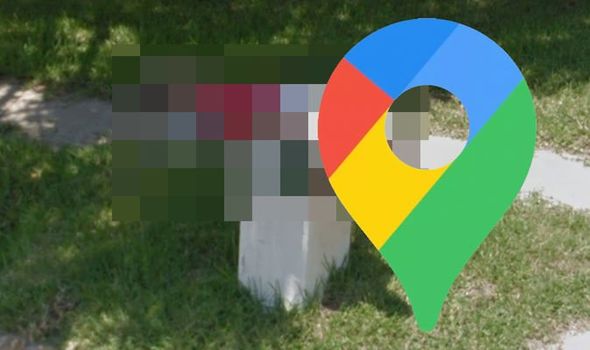 That is, of course, until you notice one local resident who has taken a rather rigid stance on top of his own mailbox.

The man, dressed in red shorts and a white T-shirt can be seen laying on top of his traditional, green mailbox.

With his arms by his side and legs stuck outwards, the male appears to be completely rigid.

Despite being seemingly aware of the Google camera, he keeps his eyes firmly glued downwards towards the green grass of his front lawn.

Behind him, a lawnmower can be seen, suggesting the man was in such a hurry to take his funny position, he abandoned his chores for the day.

Reddit users who happened upon the image have concluded he was taking part in a viral trend.

According to Google Maps, the picture was snapped in 2011.

During this time, a popular online trend was circulating called “planking”. 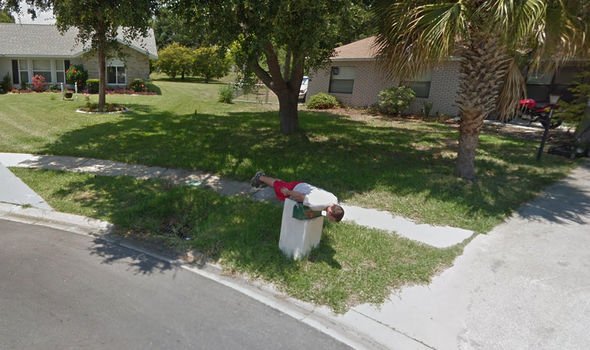 One Reddit user said: “I saw the planking and had to check the date. 2011 completely checks out.”

A BBC news article from 2011 explains the planking “phenomenon involves lying face down in a public place – the stranger the better.”

People would then share their images and videos on social networking sites.

“Aficionados lie expressionless with a straight body, hands by their sides and toes pointing into the ground,” added the BBC.

Of course, this is not the first time a local has spotted the Google Maps car and attempted to get its attention.

Often, people are spotted making crude gestures to the camera as it passes by.

Other times, some cheeky residents have gone so far as to strip nude – such as one couple on a beach in Tulum, Mexico.

If pranks go too far, however, the tech giant is forced to blur out rude images as per its privacy policy.