British Airways staff based at Heathrow had voted to strike over a pay dispute. Unite has said that BA has now made an improved pay offer.

The dispute is now on hold after an agreement was reached following negotiations on Wednesday.

Dates for the strike had been expected to be announced this week after members voted for the action in early July.

Unite has said members involved in the dispute will now be balloted on the proposed pay offer.

General secretary Sharon Graham said: “We welcome that BA has finally listened to the voice of its check-in staff. 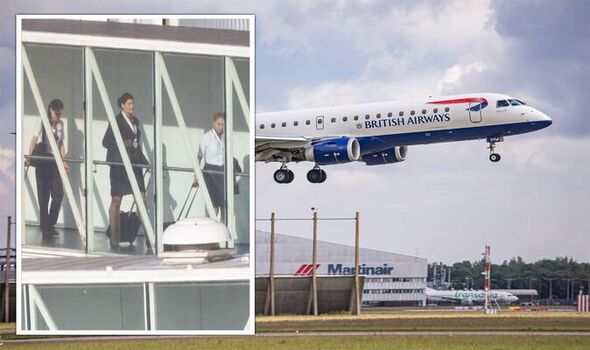 “Unite has repeatedly warned that pay disputes at BA were inevitable unless the company took our members’ legitimate grievances seriously.

“I pay tribute to, and stand with, our members who have fought hard to protect their pay.”

A British Airways spokesperson said: “We are very pleased that, following collaboration with the unions, they have decided not to issue dates for industrial action.

“This is great news for our customers and our people.”

However, Heathrow Airport may still be impacted by strike action as key refuelling workers are planning to strike later this summer.

British Airways is unlikely to be affected by the strikes as it doesn’t use the company affected, Aviation Fuel Services.

AFS is used by over 70 airlines at Heathrow including Virgin Atlantic, American Airlines and Emirates.

The workers have voted to work out on Thursday July 21 in a move that could impact school summer holidays. 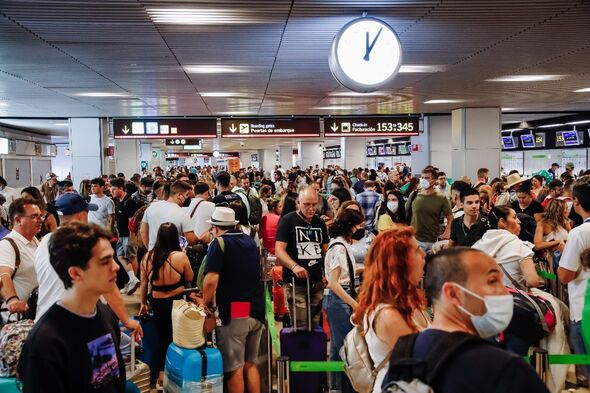 Ryanair and easyJet staff in Spain are also taking part in industrial action during the peak summer period.

Ryanair staff will walk out across 12 days in July in a dispute over pay and working conditions.

Despite the action, many international Ryanair flights are likely to still operate from Spain as they are mandatory.

Under the law, some flights must operate despite the strikes to preserve the right of people to travel.

Cabin crew who are striking will still have to work on those flights but are unlikely to serve any refreshments.

Aside from the strikes, many British holidaymakers are anticipating a summer of travel chaos as airlines and airports struggle to cope with demand.

BA cancelled thousands of summer flights this week, a move that is likely to affect over a million passengers.

easyJet, Wizz Air and Tui have all cancelled flights while a Jet2 boss yesterday blamed the airport’s bases for chaos experienced by passengers.