Dallas Stars forward and one-time Stanley Cup champion Tyler Seguin is getting in on the growing world of cryptocurrency by launching his very first NFT collection on Monday, telling FOX Business that he sees this as "the future of currency."

Seguin, 29, spoke to FOX Business in an interview recently to discuss his digital sports memorabilia collection and the motivation behind getting involved in a trend that has taken the business world by storm.

"For myself, it started with cryptocurrency. I knew what Bitcoin was about a year ago just from people talking about it … then about six months ago I got into more just business stuff with myself," Seguin said. "You know it always just been kinda hockey, hockey, hockey, and understanding that hockey isn’t going to last forever, I’d like to get in the business world."

Athletes have been getting more involved in NFTs – non-fungible tokens – as the market for digital collectibles has ballooned by as much as $1.5 billion so far this year.

"When I found out athletes were getting involved, I really wanted to – I actually wanted to be one of the first hockey players to try to get an NFT out there but I was injured and I think (Matthew) Tkachuk was maybe the first one out of Calgary."

Seguin’s collection will feature five different NFTs, each one highlighting some of the most significant moments of his 11-year career. 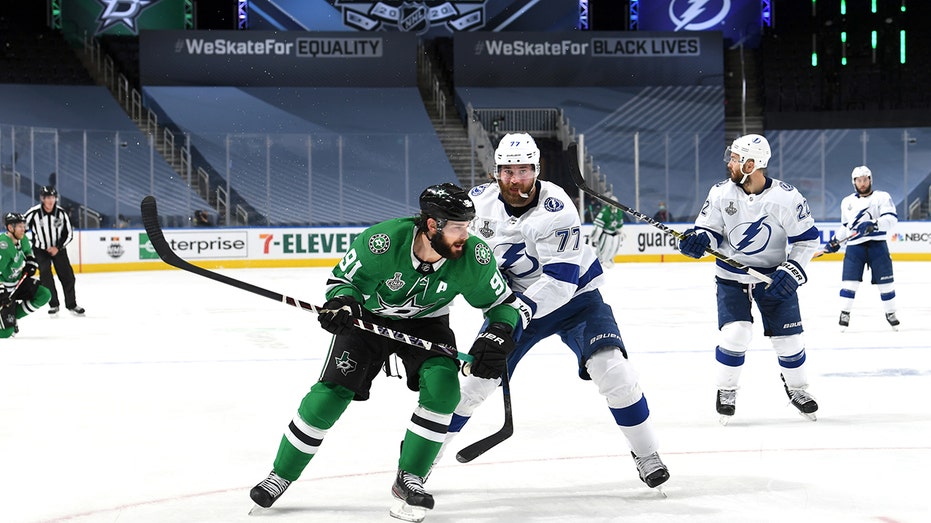 "Really at the end of the day, any way to interact with my fans, whether it’s signings or social media and now NFTs, I’m always first in line to try and do something like this."

Seguin fans will have a chance to own the NFT commemorating his career-high 40th goal of the 2017-2018 season or his first professional goal. While each of the items comes with special artwork, some of them include signed memorabilia.

The most expensive NFT, which starts at $25,000, offers a once-in-a-lifetime experience where fans will get VIP tickets, behind-the-scenes access with the team, a meet and greet with Seguin, access to a pre-game practice, and a signed jersey.

While he owns some sports memorabilia himself, Seguin says he believes NFTs hold more value.

"I think every fan is different … for me personally it’s just where the world’s going. It’s why I  wanted to own Bitcoin, it’s why I wanted to own Ethereum or some cryptocurrency. I think it’s the future of currency …  It’s cool, it’s new, it’s where our future is going."

Seguin returned earlier this month after missing the first 51 games of the season while recovering from hip surgery. The Stars missed the playoffs this season after making it to the Stanley Cup Finals last year.

"We got dealt with a pretty tough hand," Seguin said. "I know we have a lot of excuses and no one likes to talk about those but there were many there this year. There was the scheduling and everyone getting COVID and obviously all the injuries."

"I’m really proud of the guys, they showed tremendous character but for what this team and this group been through the last two years, I really think the third year’s gonna be our charm."

Fans looking for Seguin's NFTs can get found on Fanaply.