The NHL has yet to alter its regular season or playoff schedule due to coronavirus. However, a similar virus outbreak once forced the league to cancel its championship event, the Stanley Cup.

The cancellation occurred more than a century ago when the Seattle Metropolitans of the Pacific Coast Hockey Association faced off against the NHL’s Montreal Canadiens in the 1919 Stanley Cup Finals. The series unfolded even as the U.S. and countries around the world dealt with the deadly spread of the virus that became known as the Spanish Flu.

The Metropolitans and the Canadiens played a hard-fought series, including a Game 4 in which several players collapsed on the ice. At the time, officials attributed the situation to exhaustion, according to the Seattle Times.

With the teams locked in a 2-2-1 series tie, hockey officials were forced to cancel Game 6 as well as the rest of the Stanley Cup finals after multiple players and coaches on both teams fell ill with the flu. Within days of the cancellation, Montreal defenseman Joe Hall, an eventual Hockey Hall of Fame inductee, died from complications related to the illness.

The 1919 Stanley Cup trophy was eventually engraved with both team names and the phrase “series not completed,” according to the Washington secretary of state blog. 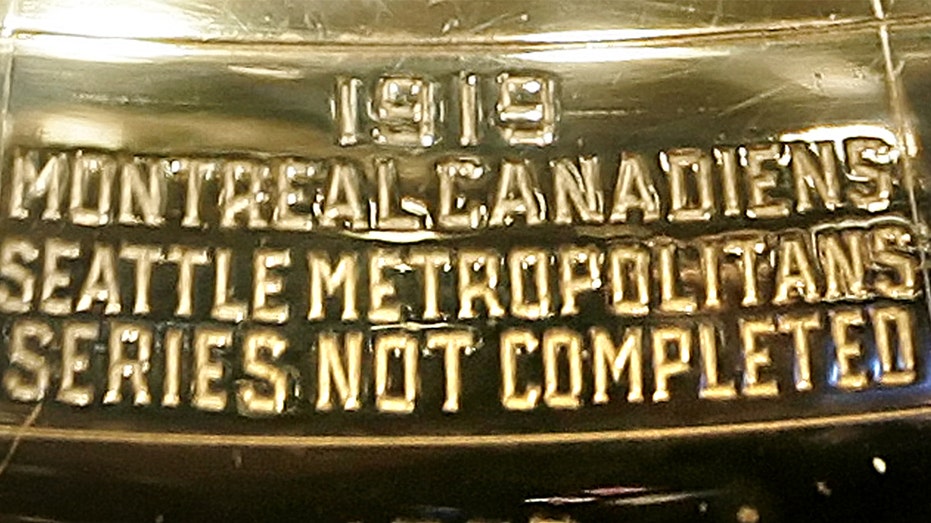 An inscription on the original Stanley Cup indicates that 1919 was the only year in history that the Cup was not awarded, due to an influenza epidemic, displayed at the Hockey Hall of Fame in Toronto, Feb. 4, 2005. (REUTERS/J.P. Moczulski)

While no firm death toll for the Spanish flu was ever established, it is considered the deadliest global pandemic in history. An estimated 20 million to 50 million died from the illness, according to History.

The rapid spread of coronavirus has sparked renewed fears of a global pandemic.

As of Tuesday afternoon, more than 113,000 individual cases of coronavirus were reported worldwide. At least 4,016 people have died from the virus.

The outbreak has prompted sports leagues around the world to take precautionary action to protect fans and players. The NHL and several other U.S. leagues said they would bar non-essential personnel from team locker rooms until further notice.

"We're considering every conceivable option that may be because what's happening is evolving not only on a day-to-day basis in terms of us staying on top of developments, but it's almost hour to hour," NHL Commissioner Gary Bettman said last Saturday.