We dont need to be woke, we just want to be free! Boris and Truss urge pride in Britain 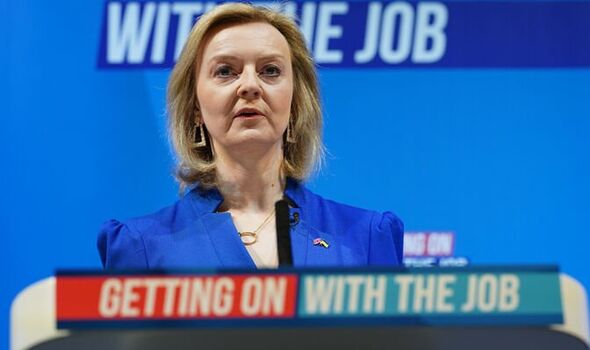 Speaking at the party’s spring conference in Blackpool, Ms Truss defended Britain’s history and called for an end to the “culture of self-doubt”.

She said: “We have to be proud of our country, and our long standing commitment to freedom and democracy. Now is the time to end the culture of self-doubt: The constant self-questioning and introspection; the ludicrous debates about [language], statues and pronouns.

“Our history – warts and all – is what makes us what we are today. We live in a great country, a great democracy and we should be proud of it.”

The prime minister also defended Britain’s tradition of personal freedom but said people did not have to embrace “woke” ideas.

He said: “I’ll tell you something. It is the invincible strength of this country that we believe by and large and within the law that people should be able to do whatever they want provided they don’t do any harm to anybody else. And that’s called freedom [and] we don’t need to be woke, we just want to be free.

Ms Truss’s speech echoes a speech she made in December in which she declared that the “free world’s age of introspection must end now,” arguing that societies had turned inward after the fall of Communism and that “this complacency is being exploited by people who never stopped fighting the global battle of ideas”.

YouGov polling last year found that a clear majority of Britons (59 percent) dis not know what “woke” meant, with 30 percent never having heard the term.