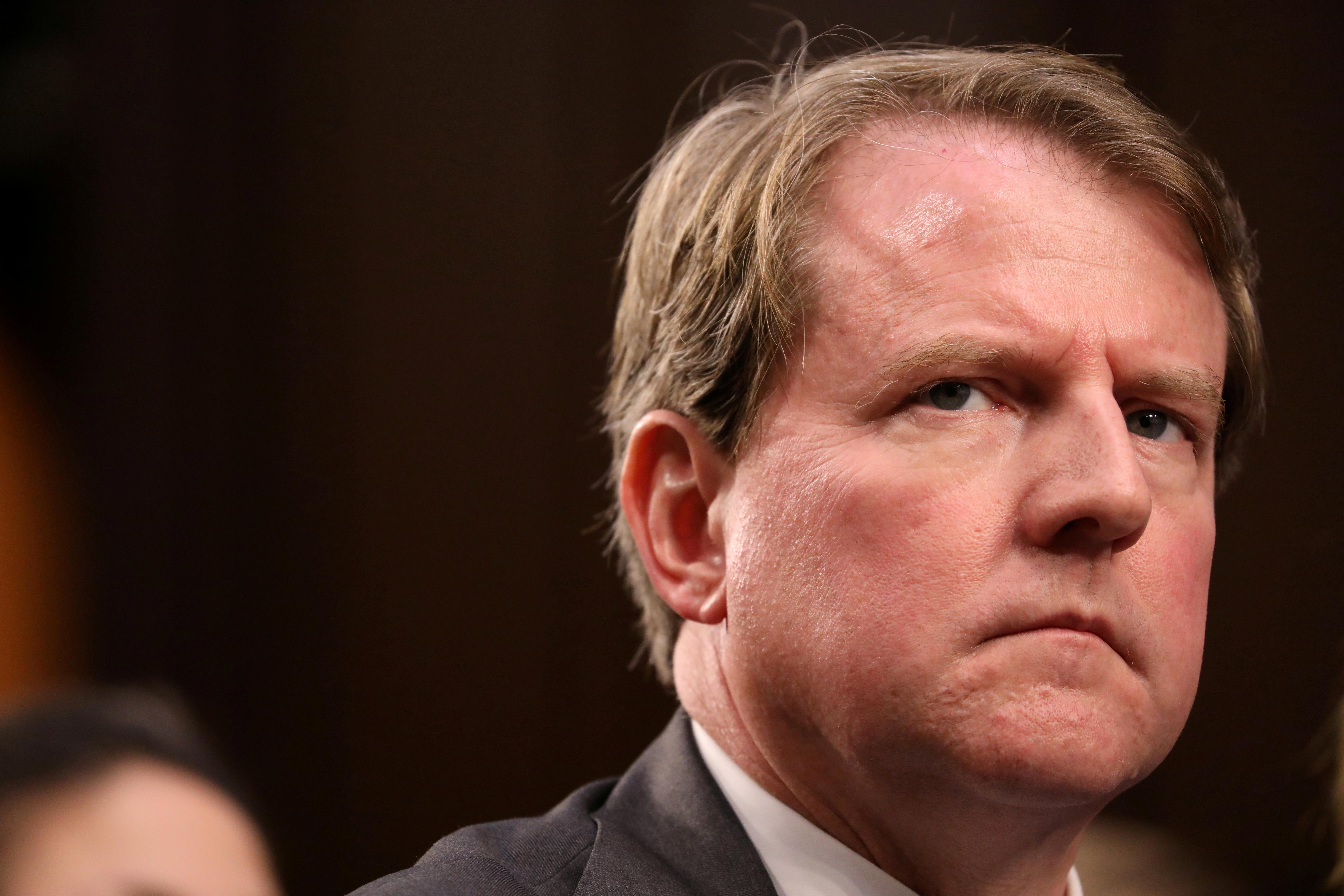 The U.S. Court of Appeals for the District of Columbia Circuit said it would hear arguments in the case on April 28.

In a 2-1 decision issued on Feb. 28, a three-judge panel of the court endorsed the Trump administration’s argument that the court had no place in settling the closely watched dispute between the executive and legislative branches of the U.S. government. In doing so, it appeared to endorse an expansive view of presidential powers and prerogatives.

The House Judiciary Committee had sought testimony from McGahn, who left his post in October 2018, about Trump’s efforts to impede former Special Counsel Robert Mueller’s investigation that documented Russian interference in the 2016 U.S. election.

A report by Mueller, released by the Justice Department in redacted form last April, portrayed McGahn as one of the few individuals close to Trump to challenge the president when he sought to have the special counsel removed.

The administration argued both that senior presidential advisers are “absolutely immune” from being forced to testify to Congress about official acts and that courts lack jurisdiction to resolve such disputes.

The Feb. 28 decision, which reversed a lower court judge, represented a vindication for the Republican president’s sweeping directive that current and former officials defy congressional requests for testimony and documents.

The court is to consider the McGahn case alongside another dispute between the House of Representatives and the Trump administration.

In that case, the House sued over Trump’s announcement that he would spend $8.1 billion on a wall on the U.S.-Mexico border despite the fact Congress had only appropriated $1.375 billion. The case raises similar issues to the McGahn case, with a district court judge ruling that the House did not have standing to sue.