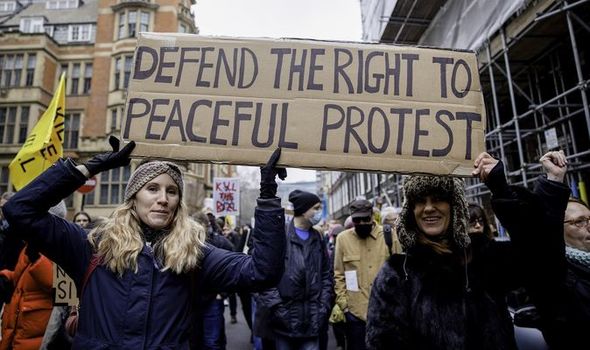 Former transport and justice minister Paul Maynard has introduced legislation to abolish the Lords and replace it with an elected second chamber as he bids to trigger a national debate. He is alarmed successive prime ministers have “stuffed” the red benches with political appointees, and says his concerns about the “quality of our democracy” were heightened when debate raged about Brexit and the peers appeared “out of tune” with the electorate.

There is also anger in Tory circles that the Lords voted this month against strengthening the powers of the police to deal with protest groups such as Insulate Britain and Extinction Rebellion. Peers opposed new powers to halt noisy protests and refused to back the creation of “locking on” offences, designed to stop protestors fixing themselves to objects.

Meanwhile, fellow Tory MP Lee Anderson has also voiced his frustration at members of the Lords “just there to block legislation”. Lords can claim a daily attendance allowance of £323, or a reduced rate of £162. But Mr Anderson said the cash could be better spent elsewhere.

He said: “Some of these people sat in the Lords have probably never had to get public transport or been to work for 30-odd years or been a victim of the lunatics blocking our highways.”

Describing the current Lords, Blackpool North and Cleveleys Conservative MP Mr Maynard said: “It’s not elected, it’s unanswerable to anyone other than itself and I believe there are better ways to do it.

“A lot of the turbulence over Brexit made it clear that no matter how great and good the great and the good are, if they are out of tune with the views of the electorate it starts to raise questions about the quality of our democracy. And I regret that it becomes stuffed by party political appointees.”

At present, there are 658 life peers, 88 hereditary peers and 26 bishops. There is already support for change in other parties. Sir Keir Starmer pledged in his Labour leadership election bid to abolish it and “replace it with an elected chamber of regions and nations”.

Reform UK, the successor to the Brexit Party, also wants major reform. Dr Jess Garland, from the Electoral Reform Society, said: “Reform of the Lords is long overdue. It is absurd that in 2022 we have a parliamentary chamber formed on the back of hereditary privilege and political patronage – a chamber over which the public have no say.”