Britain has put a trade deal with Washington on the top of its post-Brexit wish list, citing freedom to strike bilateral deals as a main benefit for leaving the EU. And trade talks between the nations have intensified with Mr Trump recently expressing his desire for a deal.

But presidential rival Joe Biden has previously warned he would not allow a free trade deal following the introduction of the Internal Market Bill into EU/UK talks.

Mr Biden and Speaker of the House of Representatives Nancy Pelosi have both lashed out at Mr Johnson’s plans to rewrite the Withdrawal Agreement.

Mr Biden tweeted last month: “Any trade deal between the US and UK must be contingent upon respect for the [Good Friday] Agreement and preventing the return of a hard border. Period.”

On the other hand, Mr Trump has continually supported Mr Johnson – even before he took over from predecessor Theresa May – and seems to be more in favour of the Prime Minister than building a relationship with the EU. 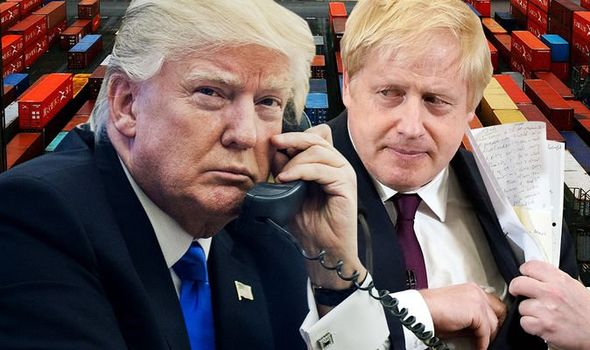