SNP Westminster leader Ian Blackford insisted the Scottish fishing communities however had been betrayed as he reiterated his party’s commitment to rejoining the EU as an independent nation.

But the Prime Minister slammed Mr Blackford for the SNP’s “spectacular hypocrisy”, saying: “I do feel I must correct him because not only will we take back control of our waters, we will increase Scottish shares of all the relevant stocks.

“And in five years’ time, we take control of the entire spectacular marine wealth.

“It is only the Scottish nationalist party that would hand back control of the waters of this country with spectacular hypocrisy.” 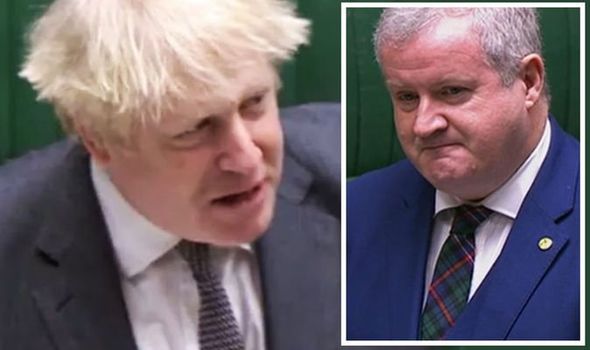