Rishi Sunak was confronted over his loyalty to outgoing Prime Minister Boris Johnson during a tense question and answer session at the live Sky News Conservative leadership election debate on Thursday evening. The former Chancellor, whose resignation helped bring about Mr Johnson’s downfall, suggested their split and not been over personal ambition but economic policy telling the audience: “We had well-documented differences of opinion on economic policy as you can see from this leadership campaign by the way.

“It is simply impossible for a Chancellor and Prime Minister not to be on the same page when it comes to economic policy that doesn’t make sense. So of course, I had no chance but to go.”

The former Chancellor went on to point out that 60 Conservative MPs had also resigned from the Government.

“They, didn’t all have websites registered in December last year did they Rishi? You’ve been campaigning for a long time,” snapped back a member of the audience member.

“It was perfectly timed. A cynical motivation to get you into Number 10.” 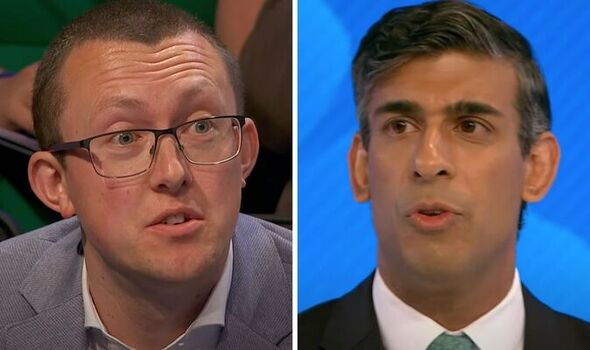 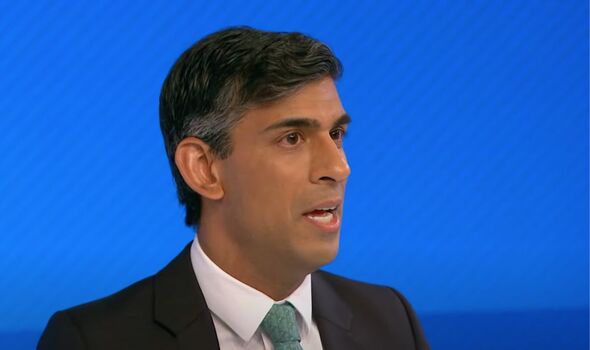 “That is simply not true,” blasted Mr Sunak, in response.

“So I was due to give a speech with the prime minister the next week, and in the conversations about putting that speech together on the economy, it was clear on differences were too big to reconcile.”

“So that was the reason but I think let’s not look at the history of Basque with rose-tinted spectacles here,” he added.