The prime minister has vowed to rebuild a “stronger than ever” economy and highlighted the need for co-operation between central and devolved government.

Ahead of a visit to Northern Ireland, Boris Johnson acknowledged the close working relationship between Westminster and the power-sharing administration at Stormont.

Number 10 said the Treasury had protected 316,000 jobs in Northern Ireland, granted thousands of business loans and provided the power-sharing Executive with an additional £2.2bn to fund its COVID-19 response. 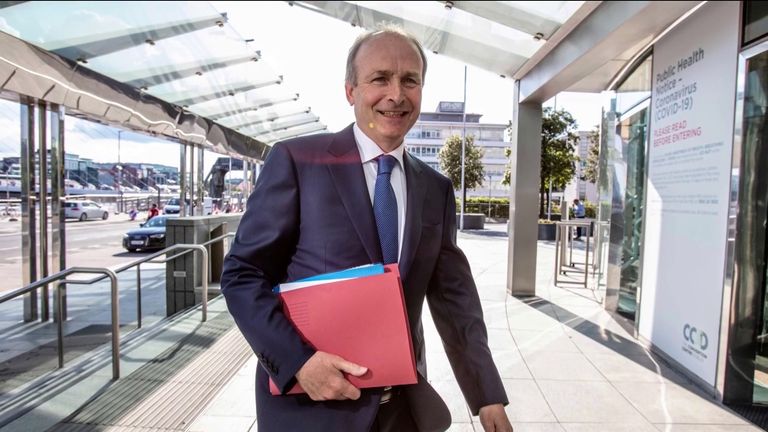 The prime minister said: “As the country begins to get back on its feet in the wake of coronavirus, we cannot simply strive to rebuild but we must commit to building back stronger than ever.

“I cannot overstate how important it is that the close co-operation that we have seen between central and devolved government will continue to be to this.

He said: “As we mark 100 years since the creation of Northern Ireland, it is important that we celebrate its people, culture and enterprise.

“It is a truly special place and we must use the centenary to promote Northern Ireland on the world stage.”

His talks with Taoiseach Micheal Martin are expected to focus on the shared fight against coronavirus, the economy and the UK’s negotiations with the EU.

Boris Johnson last visited Northern Ireland in January following an agreement to restore the power-sharing government three years after it had collapsed.