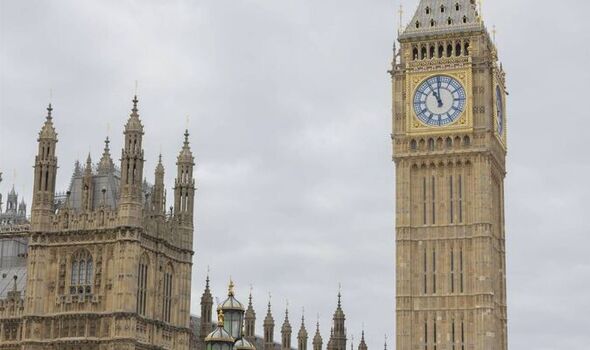 The MP is said to be subject of an investigation by an independent law firm. A spokesman for the Met police confirmed the force had received “allegations of serious sexual assault reported to have taken place on unknown dates at undisclosed locations” on October 28. They added the reports had been submitted by a “third party” and officers were making inquiries into allegations.

Earlier this week it was confirmed that an ex-Tory minister is facing charges over “historic sex crimes”.

Scotland Yard sent a dossier on the former politician to the Crown Prosecution Service (CPS) to consider laying charges.

The allegations relate to a female complainant between 2004 and 2010. In a statement, the criminal prosecution agency said: “The CPS has received a file of evidence from the Metropolitan Police related to allegations against one person and is now reviewing the material in line with our legal test.”

The incidents have sparked renewed outrage over repeated sex assault allegations at Westminster.

A third anonymous Tory MP is currently on bail and has been told to avoid Parliament as a result of an allegation of rape. The man, in his 50s, has his bail extended into next year, the Met Police confirmed yesterday.

He was arrested on May 17 on suspicion of rape, sexual assault, indecent assault, abuse of a position of trust and misconduct in a public office.

He was initially bailed until mid-June. That was then extended to mid-August, and again to mid-November.

The first of two December by-elections – in Chester – came after Labour’s Christian Matheson, 54, resigned when he was found to have committed “serious sexual misconduct” against a former junior staffer.

Mr Matheson said at the time of his resignation in October: “I have today, with great sadness, tendered my resignation as Member of Parliament for the City of Chester.

“This follows the publication of a report which had found me guilty of sexual misconduct.”

Former Tory MP Imran Ahmad Khan, 49, was jailed for 18 months at Southwark Crown Court in May after being found guilty of sexually assaulting a teenager after a party in 2008.

Chris Pincher quit as deputy chief whip in June amid allegations he sexually assaulted two guests at a London club.

What Boris Johnson knew of ­earlier accusations of sexual misconduct against Mr Pincher ultimately led to his downfall as prime minister.

The Conservative Party has been contacted for a statement.