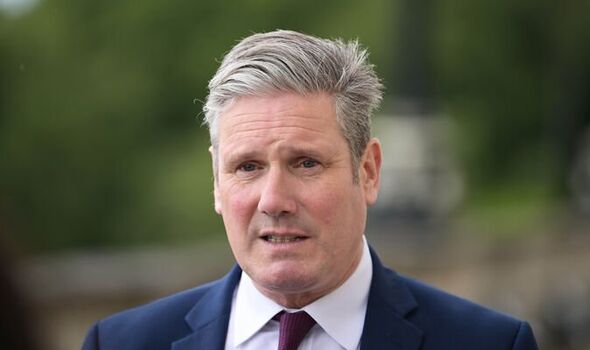 Sir Keir has said he will stand down if Durham police impose a fixed penalty notice for attending a gathering in April 2021 where Labour activists enjoyed beer and curry. But a poll by Techne for the Sunday Express found 66% of voters agreed he should quit “if the police conclude he broke lockdown rules even if he is not fined.” Just 21% said they disagreed, with others saying they don’t know.

Police are expected to announce their findings in the coming weeks. Labour says activists were having dinner as they campaigned in the Hartlepool by-election, and argues this was allowed under lockdown rules.

Sir Keir is also under pressure from Labour colleagues who have criticised him for failing to back rail strikes. Former shadow chancellor John McDonnell joined a rally organised by the RMT union yesterday, and said he stands in “solidarity” with railway workers.

The Labour MP said: “I’m saying to Keir Starmer and other Labour MPs as well, do the right thing. If you think RMT have got a justifiable dispute, we should support them.”

Former Shadow Home Secretary Diane Abbott said: “I do not understand the argument that Labour should not be here because we are not meant to pick a side.

“I thought when you join Labour, you are picking a side, on the working class side.”