Kamala Harris to get Democrats' nod, Obama to say Trump has failed 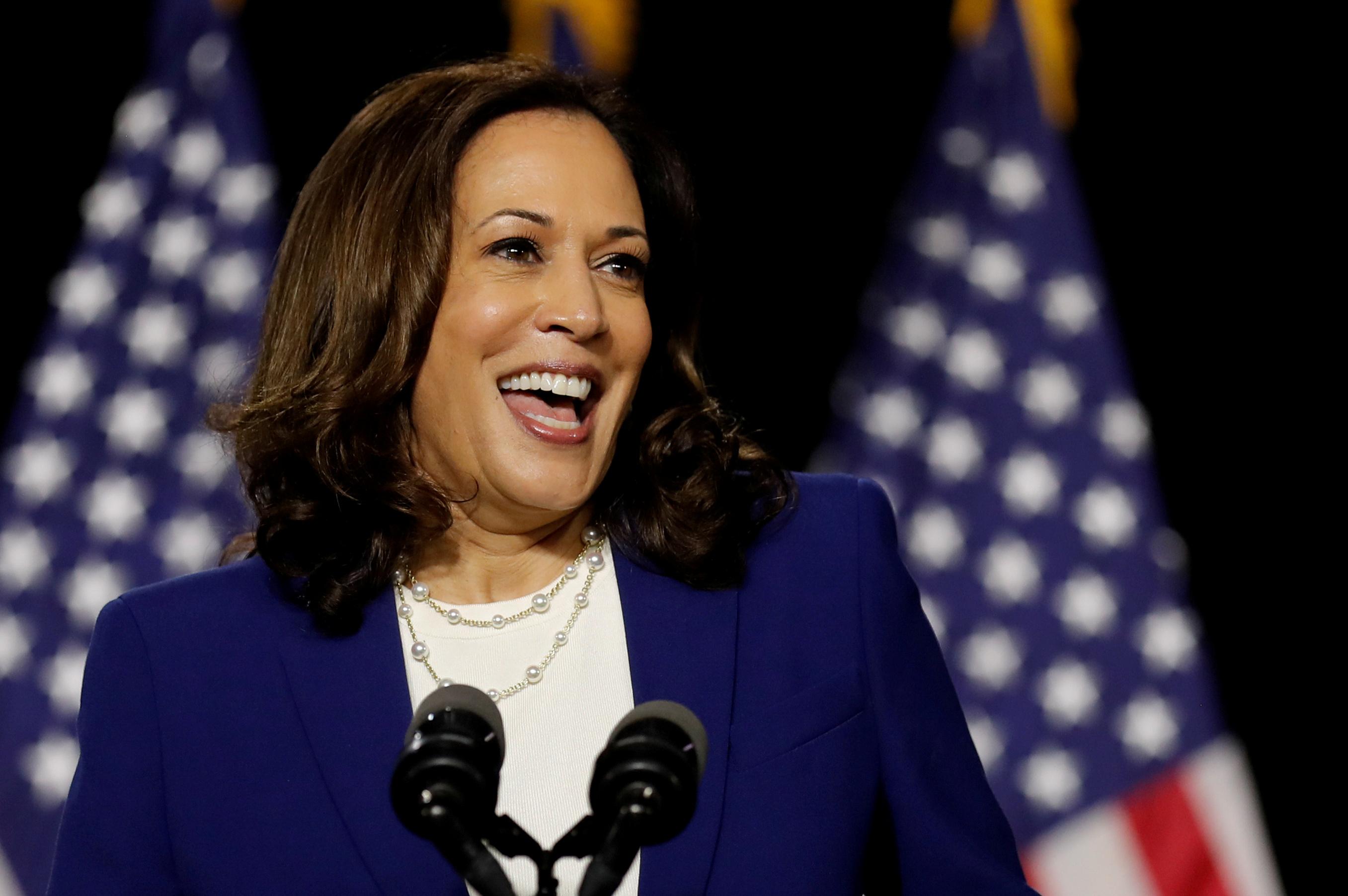 Former U.S. President Barack Obama will also speak, telling the convention that Trump’s failures as his successor had led to 170,000 people dead from the coronavirus, millions of lost jobs and America’s reputation badly diminished in the world, according to excerpts of his speech released by organizers.

A former California prosecutor, Harris will make history as the first Black woman and Asian-American on a major U.S. presidential ticket. Speaking on the third day of a four-day convention, she will accept the party’s nomination for vice president in the Nov. 3 election against Trump.

Harris was expected to aggressively press the case against Trump’s re-election, likely speaking directly to millions of women, young Americans and voters of color, constituencies Democrats need if Biden is to defeat the Republican Trump.

She gained prominence in the Senate for her exacting interrogations of Trump nominees, Supreme Court Justice Brett Kavanaugh and Attorney General Bill Barr.

The proceedings, largely virtual due to the coronavirus, begin at 9 p.m. ET (0100 GMT on Thursday).

In excerpts made available ahead of time, Obama, whose vice president was Biden from 2009-2017, says he had hoped that Trump would take the job seriously, come to feel the weight of the office, and discover a reverence for American democracy.

“Donald Trump hasn’t grown into the job because he can’t. And the consequences of that failure are severe. 170,000 Americans dead. Millions of jobs gone. Our worst impulses unleashed, our proud reputation around the world badly diminished, and our democratic institutions threatened like never before,” Obama was expected to say.

The coronavirus has complicated life with many Americans expecting to cast votes by mail to avoid crowds at the polls. Trump has repeatedly and without evidence attacked mail voting as susceptible to fraud, though voting by mail is nothing new in American political life.

Speaking at a virtual fundraiser on Wednesday with elected officials from Pennsylvania, Biden repeated his calls for unifying the country.

“This moment requires us to sort of rise together and get everyone we know involved, remember who we are as a nation, to build back a better future. That’s what America always does in a crisis,” Biden said.

In her speech Harris will have an opportunity to outline her background as a child of immigrants from India and Jamaica who as a district attorney, state attorney general, U.S. senator and now vice-presidential candidate shattered gender and racial barriers.

Biden, 77, named Harris, 55, as his running mate last week against Trump, 74, and Vice President Mike Pence, 61. She will deliver her speech from an austere hotel ballroom in Biden’s hometown of Wilmington, Delaware.

Obama will speak to the convention live from the Museum of the American Revolution in Philadelphia. He will speak about how he worked closely with Biden, his vice president, to lead the country out of the last recession, according to the excerpts.

The first two nights of the four-day Democratic convention showcased elder statesmen and rising stars in the party who said Biden’s election would repair a pandemic-battered United States and put an end to the chaos of Trump’s four years in office.

But the party comprises a range of ideological positions.

Some on the left complained that Republicans like former Ohio Governor John Kasich, who is backing Biden, a moderate Democrat, over Trump, were given more air time than the party’s own progressive wing.

U.S. Representative Alexandria Ocasio-Cortez, a leading progressive voice from New York, had one minute for her remarks on Tuesday night.

Some progressive members of Congress voted against the party’s policy platform for omitting a pledge to pursue a “Medicare for All” national healthcare system. 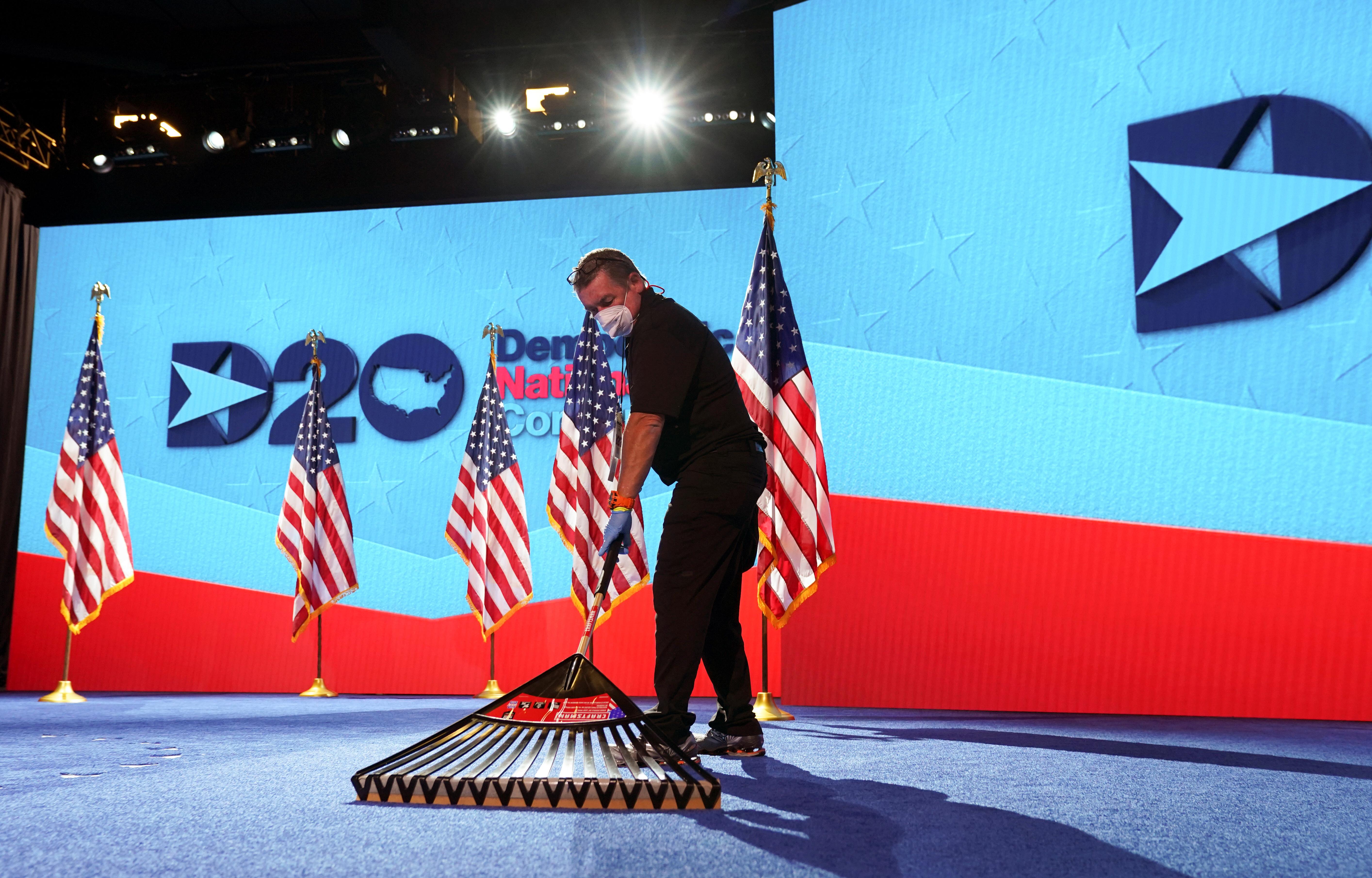 U.S. Senator Elizabeth Warren, a leading progressive who is scheduled to speak on Wednesday, said on “The Late Show with Stephen Colbert” on Tuesday that some Democrats had “different priorities” but were united in working to defeat Trump.

Related posts:
Hot News
18 Five-Ingredient Thanksgiving Recipes
Ethiopia conflict: Military begins ‘final offensive’ against rebel forces in Tigray capital
18 Five-Ingredient Thanksgiving Recipes
COVID-19 restrictions possible until March, German official says
Maradona dead: Three days of national mourning in Argentina for football star
UK weather forecast: Britain braces for FREEZING weather as cold snap and fog hit
Chemical castration approved in Pakistan after ‘mum gang-raped in front of kids’
Recent Posts
This website uses cookies to improve your user experience and to provide you with advertisements that are relevant to your interests. By continuing to browse the site you are agreeing to our use of cookies.Ok