Have Your Say: Will the UK REJOIN the EU if Boris goes? 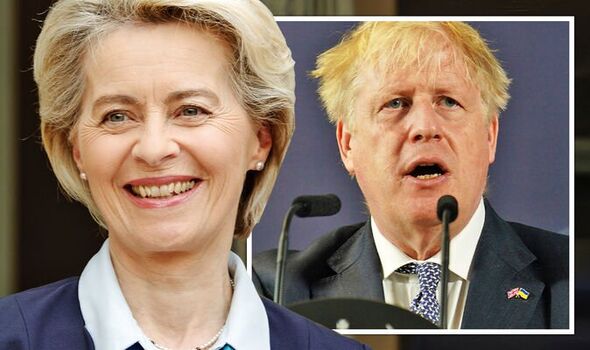 You can add your voice to the tens of thousands of comments posted daily on Express.co.uk and have your say on the big issues facing the country today.

Writing for Express.co.uk, Robert Taylor, outlined a plan that Remainers could pursue, in the event of Prime Minister Boris Johnson losing power.

He said the idea would follow five steps, the first of which would see Mr Johnson “be so discredited that he has to leave office”.

A Remainer, such as Jeremy Hunt, would then take his spot, and start “edging Britain inexorably towards a closer relationship with the EU”.

Shortly afterwards an application would be made to rejoin the bloc, possibly in the outer ring of “slow-speed countries”.

The plan would eventually end in Britain’s reunification with the EU, after the two officially separated in 2020.

So, do you think the UK will rejoin the EU if Mr Johnson is ousted from office?

HAVE YOUR SAY RIGHT NOW – JOIN THE EXPRESS READER DEBATE IN OUR COMMENTS SECTION.