Speaking in the European Parliament, the Danish politician said he hoped Brexit triggered an “inward reflection” on the future of the EU and the need to change direction. Instead, he lamented, Brussels responded with a plan for “more EU” with the prospect of pushing more countries to leave the bloc, including Denmark. Mr Kofod blasted: “At the same time I’m happy and sad about Brexit.

“Happy because Brexit has been carried out but also sad because the EU has developed in such a poor direction that a majority of the Brits think it’s no longer attractive.

“Brexit is the result of too much EU.

“It’s good that the result of the referendum is respected, it’s also good that they take back power from the EU and once again I congratulate the Brits on the agreement they have made.”

He added: “I had hoped that Brexit really would have started an inward reflection in the EU system.

“That they had questioned why a majority of British people preferred to be outside of the EU.

“That really hasn’t happened. Instead, they’ve now started an even further-reaching EU project. 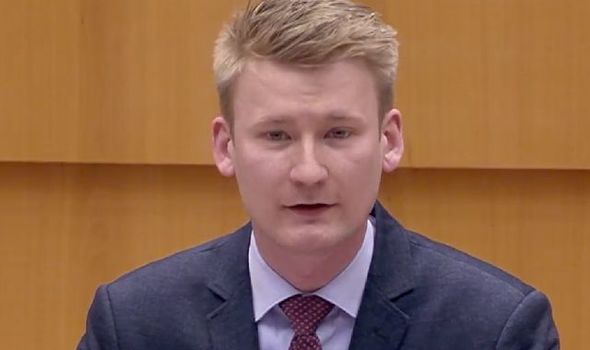 “Common borders, common economy, with lots of money handed out to south and Eastern Europe.

“Exactly what has made many of us ‘enough is enough’.

“But we’ve just been given more of it. So looking back, I have to say, the UK made the right choice to leave the EU and the EU will become less and less attractive to the small countries like Denmark when the federalists are in charge here.

“There will be less and less room for national differences. What I want is that the EU returns to that type of cooperation that we had when Denmark joined.

“When we tried to improve the relationship with the neighbours we had.

“But this is becoming a centre for handing out benefits and people are trying to limit our control of national borders. So it is any wonder that the UK doesn’t want to be part of it anymore?”

In a stern threat to the EU that Denmark will follow the UK out of the bloc, he concluded: “More EU will not make the EU more happy. It will just mean people will feel they have less power and nationally it will not be possible to make decisions that adapt to the national situation. They will just be diluted bit by bit.

“Without the UK, the EU will become more and more federal which worries me for Denmark but also for the rest of the countries in the EU.

“I want the best for the UK and the EU but I hope that Denmark will reach the same conclusion because I cannot believe that this system can or wants to be saved.

“This system only wants to grow.”