Former Conservative leader Sir Iain Duncan Smith yesterday claimed the divorce deal could leave the UK liable for £160billion of unpaid loans. He said the European Union “want our money and they want to stop us being a competitor”, adding: “The Withdrawal Agreement we signed last year sadly helps them.” But the European Commission dismissed Sir Iain’s criticism, insisting the pact is a “firm document” which “stands”.

An EU spokesman said: “I think it’s very clear that we are not going to get into a debate with British politicians on liabilities or any other of the provisions of the Withdrawal Agreement.

“The Withdrawal Agreement is there, it is now a firm document that has been accepted by both parties and it is the basis on which both sides are acting.

“In this document it is clear the United Kingdom has taken a number of completely normal legal commitments when it comes to its share of liabilities relating to loans that have been given by the European Investment Bank while the UK was still a member of the European Union.”

On top of the £39billion Brexit bill, agreed between Jean-Claude Juncker and Boris Johnson, Britain remains liable for defaults on loans made available through the European Investment Bank and European Financial Stability Mechanism, according to Sir Iain. 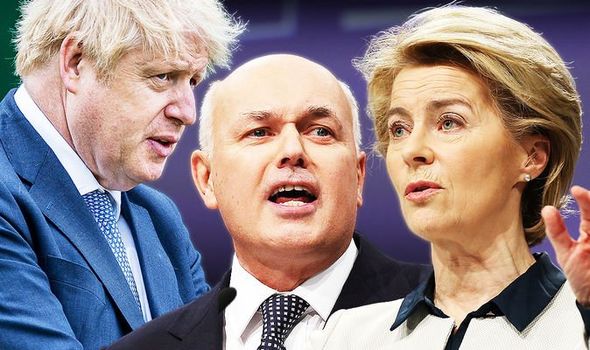 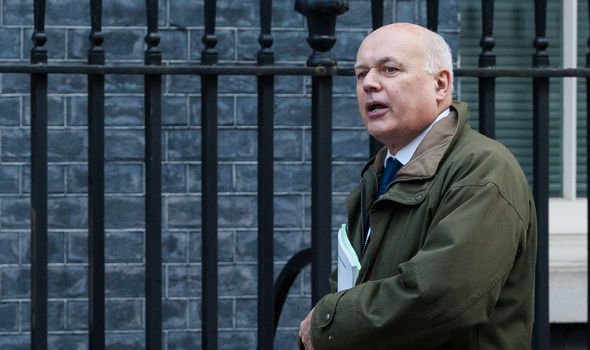 The £160billion figure is disputed because it would rely on multiple protects across the bloc failing at the same time.

While wrangling over a free-trade agreement is paused for the summer, senior Conservative MPs called for a “clean break” from Brussels when the transition period expires on December 31.

Sir Iain said: “We would basically be boot-strapped to Europe for the foreseeable future. 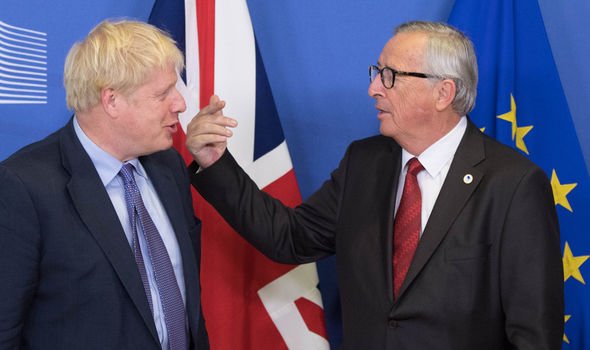 “If people thought we were only paying £39billion they can forget it.

“We’ve got a potential bill of £160billion and COVID could raise that massively.

“This would lock us into the EU’s debt mountain.”

Meanwhile Michel Barnier, the EU’s chief Brexit negotiator, has warned businesses across the bloc to prepare for “inevitable disruptions” because of Boris Johnson’s plans to diverge from EU rules and not extend the transition period.

MUST READ: Sack Barnier! End the EU hypocrisy for good and get Brexit done 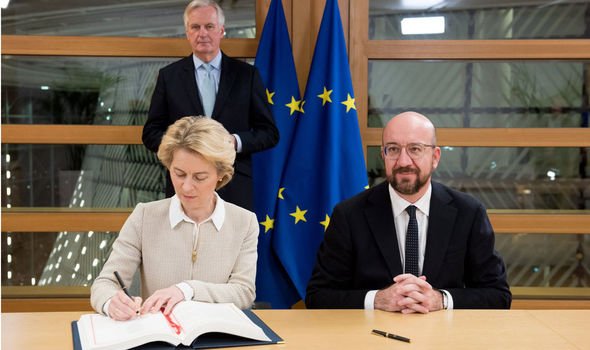 This would “risk compounding the pressure that businesses are already under due to the COVID-19 outbreak”, according to a communication pushed by the Frenchman.

Writing on Twitter, he said: “The Brexit transition ends on December 31. In five months, the UK leaves the EU’s single market and customs union.

“Changes are inevitable, with or without an agreement on the new partnership. Companies and citizens must get ready.”

The “Get Ready for Changes” memo insisted it was “essential that all stake holders” start preparing for “far-reaching changes”.

The communication advised all businesses to “consider revisiting their existing preparedness plans “ for no deal Brexit as they are still “very relevant”.

Mr Johnson’s push for a barebones agreement with Brussels means firms must implement these changes “whether the European Union and the United Kingdom agree on an ambitious new partnership by December 31, 2020, or not”, the dossier adds.