Patients with devastating rare disorders such as cystic fibrosis or Duchenne muscular dystrophy can have their lives totally transformed with novel cell or gene therapies. They can be used to correct a patient’s inherited genetic errors or reprogram their own cells to alleviate a chronic condition. It’s a potentially revolutionary area in medicine, moving to just one-shot therapies designed for an individual’s own body that even offer some hope of a cure.

But in the process, this massive shift has created a series of massive barriers for health systems, primarily how to pay for the most expensive therapies in the world.

These are challenges countries around the world are fighting to overcome, but Brexit Britain is hopeful its departure from the EU will help it solve the, more quickly.

Britain has created a new fund for innovative medicines and is pushing hard to ensure access to rare disease drugs through the NHS.

Jennifer Lee, a market access leader at pharma company Janssen said: “What the UK is trying to do, post-Brexit, is now compete with America and with Europe, in terms of: ‘Let’s speed everything up, let’s attract as much of the clinical trial research as possible.’ And really, it’s about competition.” 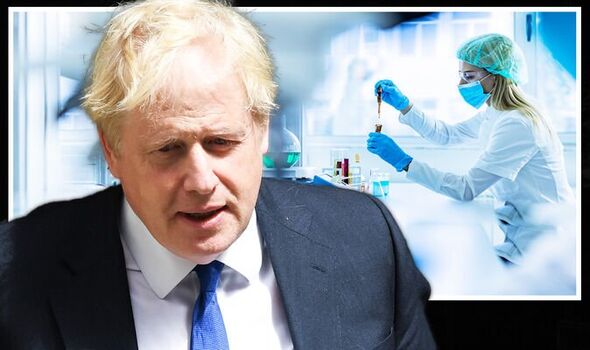 Suella Braverman, who has served in the position since February 2020, has urged the Prime Minister to quit as she launched a bid to succeed her boss.

The Fareham MP told ITV’s Robert Peston: “I’ve been a supporter of Boris for many years and I am incredibly proud to have served in his administration and I am very proud of what he has achieved on Brexit, on Covid, on Ukraine.”

She added: “I do think the time has come for the Prime Minister to step down.”

But in a shock twist, the ex-chair of the Brexit-backing European Research Group also revealed she would throw her hat into the race to succeed Mr Johnson as Conservative Party leader.

Ms Braverman said: “I’ll be straight with you, Robert.

“Yes, I will – If there is a leadership contest, I will put my name into the ring.”

Brandon Lewis has become the latest person to resign from the Cabinet, piling yet more pressure on the Prime Minister.

The Northern Ireland Secretary told Mr Johnson that we are now, however, past the point of no return”, saying: “I cannot sacrifice my personal integrity to defend things as they stand now.”

Mr Lewis posted his resignation letter on Twitter, and wrote alongside this: “A decent and responsible Government relies on honesty, integrity and mutual respect – it is a matter of profound personal regret that I must leave Government as I no longer believe those values are being upheld.”