Officials pledged at the start of the third lockdown to hold three televised coronavirus briefings a week to keep the public up to date on the pandemic. However, the Government has now held just one briefing in the past 10 days.

The Prime Minister addressed the public last Monday but no minister has fronted a Covid press conference since.

The last briefing was held just hours before Meghan Markle and Prince Harry’s interview with Oprah Winfrey aired on ITV.

Mr Johnson has been eager to steer clear of commenting on the claims made by the couple in the interview.

No coronavirus briefing was held last Friday ahead of the weekend when hundreds gathered at Clapham Common to hold a vigil to mark the death of Sarah Everard. 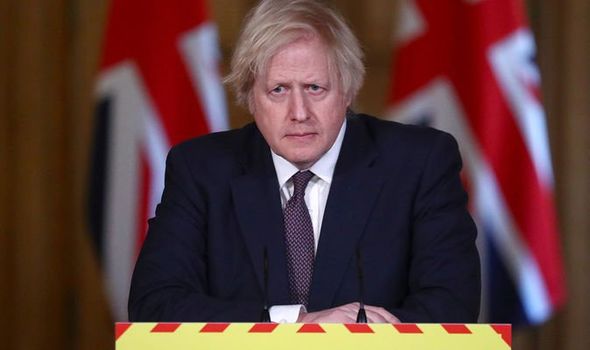 The 33-year-old marketing executive disappeared from south London on March 3.

Her remains have since been discovered in a woodland area in Kent and a Met Police officer charged on suspicion of her kidnap and murder.

In the past, coronavirus briefings have been held on Fridays before weekends forecast for good weather, with ministers urging the public to abide by coronavirus rules and not to break the guidelines to enjoy the sunshine.

Similar statements were made in coronavirus briefings last summer ahead of planned Black Lives Matter protests.

Saturday’s vigil in London descended into chaos when the police were accused of manhandling women while trying to break up the vigil which they said broke lockdown rules.

Munira Wilson MP, Liberal Democrat Spokesperson for Health, Wellbeing and Social Care has accused the Government of failing to take the necessary action to avoid the scenes which unfolded over the weekend. 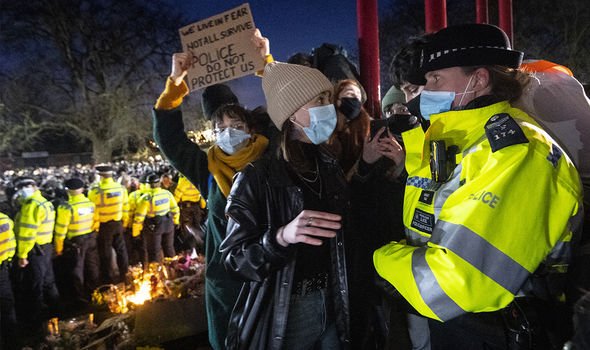 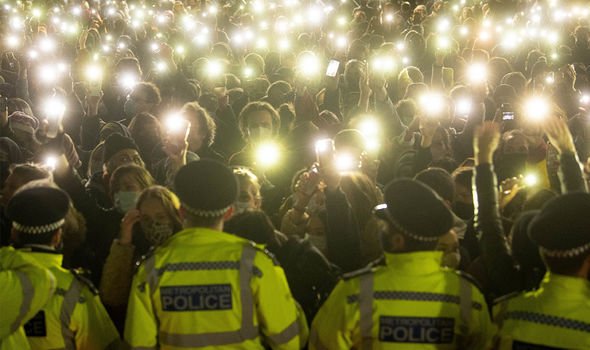 She told Express.co.uk: “The Government has gone underground at precisely the time when they need to show the country some leadership.

“The scenes over the weekend in Clapham could have been avoided if the Home Secretary had stepped in to show support for a peaceful and law-abiding vigil.

“Instead, the Government shirked all moral responsibility.”

She also criticised the failure to hold a coronavirus briefing today to respond to the events over the weekend. 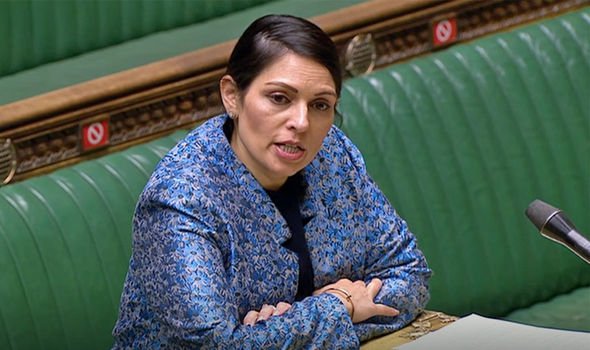 The MP said: “Still today, they are failing to step up to the moment.

“It is time the Prime Minister and Home Secretary came out of hiding by holding a televised press conference.”

While not addressing the vigil in a televised press conference, Ms Patel made a statement to MPs in the Commons this afternoon on the issue.

She said: “Some of the footage circulating online of Clapham Common is upsetting.

“So whilst the police are rightfully operationally independent, I asked the Metropolitan Police for a report into what had happened.

“This Government backs our police in fighting crime and keeping the public safe, but in the interest of providing greater assurance and ensuring public confidence, I have asked Her Majesty’s Inspectorate of Constabulary to conduct a full, independent lessons-learned review.

“The Metropolitan Police Commissioner has welcomed this and I will await the report and of course update the House in due course.”

They said: “Throughout the pandemic, we have hosted regular ministerial and scientific press conferences where needed to ensure the media and public are kept up to date with the measures we are taking to protect lives and livelihoods.”