Behaving just as bad as UK! Gina Miller erupts at EUs refusal to use Brexit safeguard

Gina Miller insisted the European Union is now “behaving as badly as the UK” with its refusal to budge on calls for the renegotiation of the controversial Northern Ireland Protocol of the Brexit Agreement. Ms Miller noted Article 16, which London has threatened to trigger and thus unilaterally suspend the Brexit deal, contains a renegotiation clause that would allow the side to discuss persistent trade concerns. Speaking to GB News, the activist said: “In Article 16, there’s a whole process of how you renegotiate.

“The NIP Bill, as it’s called, the Northern Ireland Protocol Bill, is a complete waste of time and our money especially when we’re going through a cost of living crisis.

“There are mechanisms within Article 16 which are a safeguarding clause to renegotiate.

“We can be at the table at any time. The EU is behaving as badly as the UK, there is no need for this.”

She continued: “And I think it’s disgraceful it’s being used as a political football. 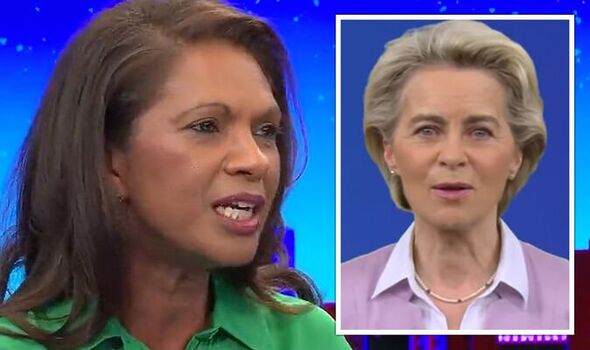 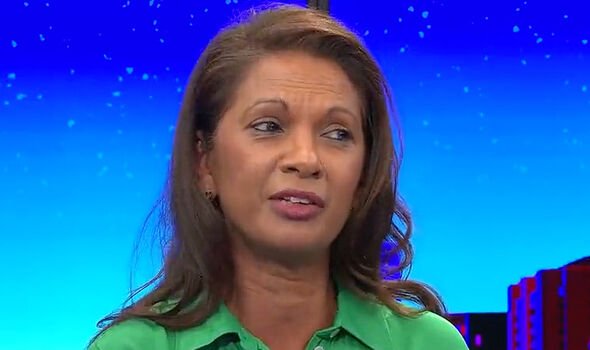 “Both of them are playing games, I wish they’d grow up and get around the table, and realise that you don’t need to trigger Article 16.

“You just need to be grown-ups around the table.”

The British Government introduced the Northern Ireland Bill to Parliament in June, proposing a series of unilateral changes to the Protocol it claims would put an end to trade disruptions.

Under the new system, two lanes would be created and only goods travelling from Northern Ireland into the European Union’s single market would be subjected to border checks instead of the blanket arrangements currently in place.

Brexit: Dan Wootton clashes with guest over deal with EU

MPs voted on Monday to give the Northern Ireland Protocol Bill – legislation designed to override parts of the post-Brexit deal – a second reading.

The DUP has repeatedly said it will not nominate ministers to allow a new Stormont Executive to be formed until the UK takes action on its concerns around the protocol.

However, the move by the UK has been branded illegal and a clear breach of international law.

Tanaiste Leo Varadkar said that in his political lifetime, he had “never seen relations as bad” with UK ministers. 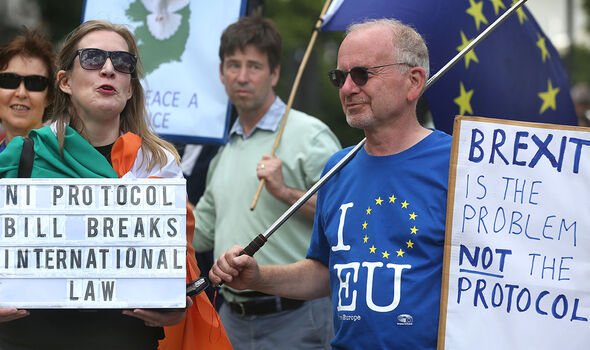 Speaking to BBC Northern Ireland’s The View programme, Mr Varadkar said: “We have a British government that doesn’t want to work hand in glove with the Irish government. It’s not even-handed, it’s a government that wants to continue to have rows with the EU even though they’ve left.

“I think trust needs to be restored. The best way they can do that is by de-escalating this.”

Asked for his response to Mr Varadkar’s comments, Northern Ireland Office minister Conor Burns said the UK Government has been “very clear that we want a negotiated solution to the protocol”.

“But in the absence of a wider mandate from (European Commission) vice president (Marcos) Sefcovic, we have really little alternative other than to pursue that legislative route that we’re doing now.

“I don’t believe in conducting these sort of discussions on the airwaves, but Dublin are our closest partners in Europe, we share so many things in common, we have so many interests and challenges that we face together and we want to face those in friendship and in partnership.”