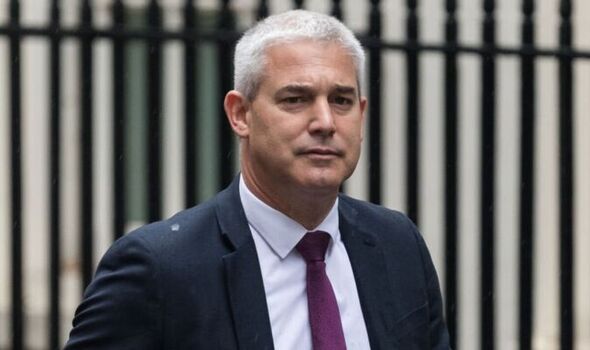 Royal College of Nursing walkouts are planned for 15 and 20 December. Mr Barclay and RCN chief executive Pat Cullen agreed to meet for the first time in a month to find a solution to the dispute.

But before the talks, the health secretary said the 19 per cent pay demand would hit patient care.

He added: “I don’t want to be taking money away from clearing the backlog, which is what we would have to do – we’d have to take money away from patients waiting for operations to then fund additional pay.

“And if everyone in the public sector were to get an increase in line with inflation, that would be costing £28 billion at a time when the Government has to get inflation under control, because that is the biggest factor in terms of people’s cost of living.”

Mr Barclay said seven million people are currently waiting for an operation and “it’s important we prioritise our funding to patients to clear those operation backlogs”.

Ms Cullen said ahead of the meeting that if Mr Barclay “gets round a table with us and has realistic, honest talks, there’s a strong possibility that I will be able to go back to my council and say ‘I recommend that we avert the strikes and continue those negotiations’.

“And I would also say the council would most certainly not be unreasonable about that.”

Asked if she is prepared to consider a pay offer that is lower than the RCN has asked the Government for, she said: “It would not be for me to negotiate on the airwaves, I’m definitely not going to do that.

“That’s for myself and the Health Secretary, or through conciliation with Acas to get around a table, but we will not be found wanting in getting in there and having those discussions.”

A wave of strikes by nurses, paramedics, rail workers and Border Force staff this month is expected to cause mass disruption, with thousands of NHS operations and appointments cancelled.

Soldiers and civil servants are being trained to work at ports and airports in case passport officials press ahead with their eight day strike from December 23 to New Year’s Eve.

An emergency Cobra meeting was held today to discuss the government’s contingency plans for the mass Christmas walkouts.

Downing Street acknowledged the coming days would be “challenging” as the country faces “serious disruption” from a wave of industrial action.

The Prime Minister’s official spokesman said talk of co-ordinated action by unions was “concerning” as it “only seeks to exacerbate the misery it inflicts upon the public”.

“But that is fundamentally a decision for unions,” the spokesman said.

“We think we are acting reasonably in accepting the recommendations of the independent pay bodies.

“This will be a challenging number of days because of the strike action the unions are taking but it is up to them and they can still step back if they so wish.”