At a summit of the military alliance’s leaders almost two years ago, its 30 member states committed to spending at least two percent of GDP on defence. But new figures published by Nato have revealed that 19 of those nations from the transatlantic partnership are set to miss the target this year. And a host of EU nations appear to be the worst offenders, with only eight of the bloc’s Nato powers set to hit the goal.

The target was seemingly reintroduced after protests from former US President Donald Trump, who claimed Washington was by far the biggest contributor to European security.

In a rant at a Brussels summit in July 2018, Mr Trump aimed much of his frustrations at German Chancellor Angela Merkel.

Germany – Europe’s biggest economy – was amongst the list of EU states not currently hitting the two percent defence goal.

According to the official estimations, published by Nato, Germany only spends around 1.53 percent of GDP on defence. 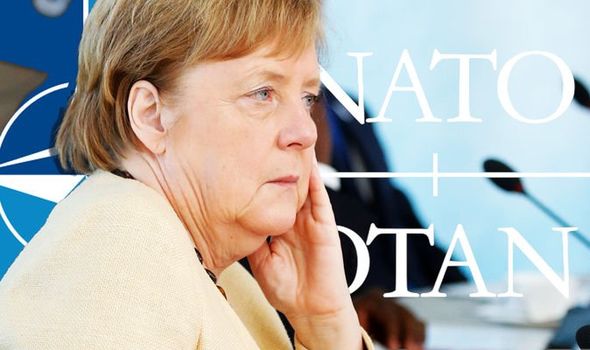 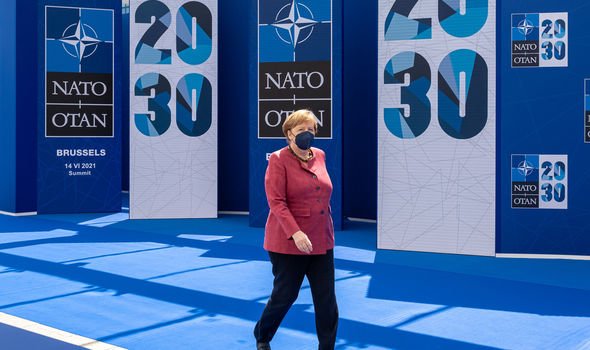 In contrast, the US forks out 3.52 percent and Britain around 2.29 percent, making the two nations some of the largest contributors to the military alliance.

US President Joe Biden is expected to maintain Mr Trump’s bruising treatment and call for more from his allies on defence spending.

But he will also look to atone for his predecessor’s brash tactics and rebuild Washington’s Nato alliances. 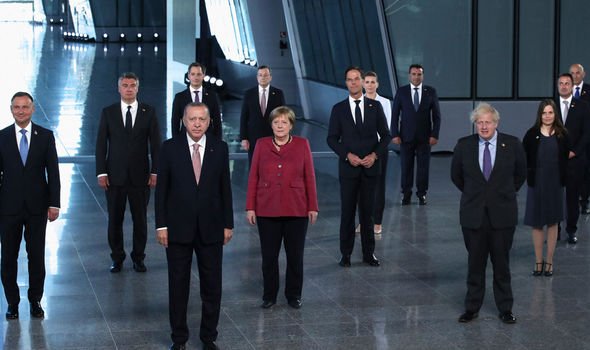 Just one-third of the alliance’s members will this year reach a 2014 target to spend the equivalent of two percent of GDP on defence.

Belgium on 1.12 percent, Spain on 1.02 percent, as well as Germany, find themselves desperately lagging behind the goal.

Armin Laschet, the candidate chosen by Mrs Merkel’s Christian Democratic Union to replace her as chancellor in September’s national election, is in favour of Germany meeting the two percent threshold. 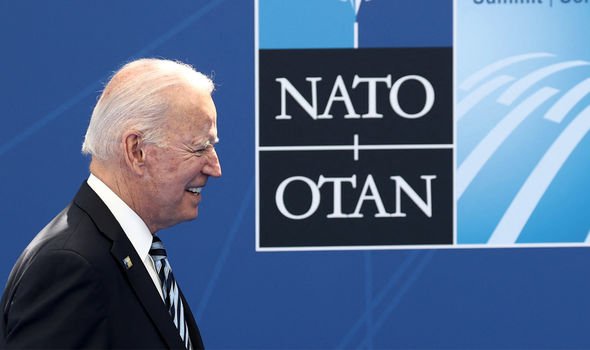 He said: “When you sign up to something at an international level, you should also stick to it.”

The two-and-a-half-hour summit will likely limit serious discussions over the spending targets.

Instead, leaders are expected to focus on issuing a statement over the perceived threat China poses to the transatlantic alliance.

Nato Secretary General Jens Stoltenberg said: “There are, of course, opportunities and we need to engage with China, on issues like climate change and arms controls.

“But China’s military build-up, growing influence and coercive behaviour also poses some challenges to our security, and we need to address them.”

Prime Minister Boris Johnson said no one wants a “new Cold War” with China, but conceded relations with Russia are “pretty disappointing”.

He told a news conference: “I don’t think anybody around the table today wants to descend into a new Cold War with China.”