Mask On or Off? Life Gets Back to Normal, and We’re Rusty.

After the C.D.C. issued new guidelines, people are figuring out how to proceed. Some want to keep their face coverings on: “It saves me having to put on sunscreen.” 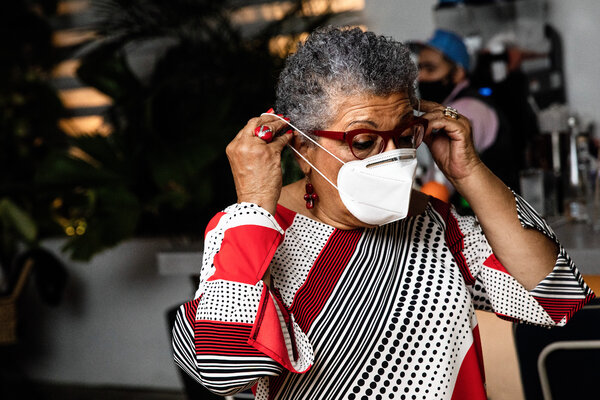 Mark Rasch hopped on his bike Tuesday in Bethesda, Md., pedaled off for an afternoon ride, and realized he forgot his mask. As he turned back for it, news came on the radio over his earbuds: The Centers for Disease Control and Prevention said masks were no longer required outdoors for fully vaccinated people unless they were in a crowd.

Mr. Rasch, a lawyer, rode on, naked from nose to chin for the first time in a year. He reached nearby Georgetown and found he was nearly alone in that almost everyone else there remained masked.

“I wondered if there was a store I could go into without wearing a mask to buy a mask?” he said. Instead, he went home, and told his wife: “Nothing is changing, but it’s happening quickly.”

It’s springtime of the pandemic. After the trauma of the last year, the quarantined are emerging into sunlight, and beginning to navigate travel, classrooms and restaurants. And they are discovering that when it comes to returning to the old ways, many feel out of sorts. Do they shake hands? Hug? With or without a mask?

It’s a confusion exacerbated by changing rules, state and federal, that vary by congressional district or even neighborhood, all while the very real threat of infection remains, in some places more than others.

Many states and cities are scrambling to incorporate the agency’s new counsel into their own rules. New York has ended its curfew. In California, where masks remain recommended, the authorities are looking to reconcile the clash of cues.

“We have reviewed and support the C.D.C.’s new masking recommendations and are working quickly to align California’s guidance with these common sense guidelines,” Dr. Tomás Aragón, the director of the California Department of Public Health, said in a statement. 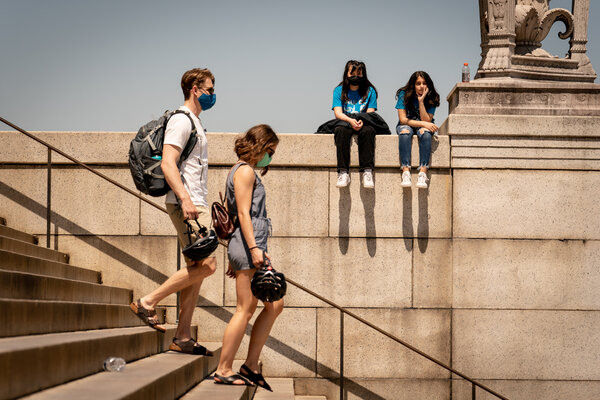 Dr. Susan Huang, of the University of California, Irvine, Medical School, explained the conflicted psychology as a function of rapidly changing risk, and the difference in tolerance individuals have for risk. At present, she said, most places have a foundation of people vaccinated but are not near the 80 percent that marks herd immunity — with no children inoculated.

“We’re between the darkness and the light,” Dr. Huang said. She likened the psychology around masks and other behavior to the different approaches people take to changing their wardrobes at the end of winter: People who are more risk averse continue to wear winter clothes on 50 degree days, where bigger risk takers opt for shorts.