BOSTON (Reuters) – Employees at the largest U.S. oil companies have lost around $5 billion in retirement savings since the end of 2018 because of outsized bets on their own slumping stock, according to a Reuters analysis of company disclosures, a trend exacerbated by the recent crash in oil prices. 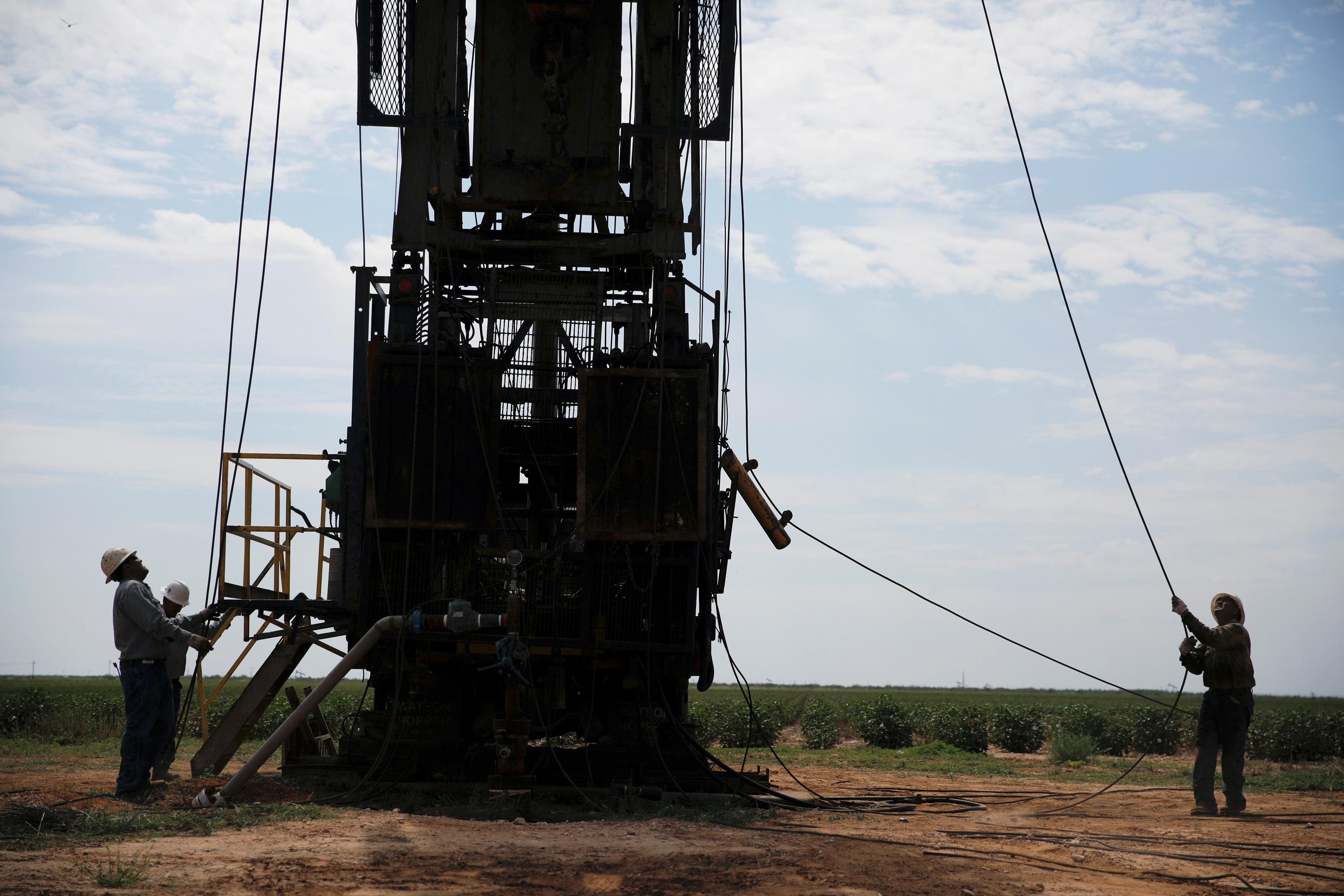 The losses spread across the 401(k) plans of some 66,000 workers underscore the dangers facing employees that do not diversify their retirement investments. The issue is most pronounced at big blue-chip corporations that have historically matched worker retirement contributions in shares and whose stocks have track records of stable growth.

“A lot of people think their company’s stock is safer than an index fund,” said David Blanchett, head of retirement research at Morningstar Inc.

The biggest U.S. oil producers by market cap – Exxon Mobil Corp (XOM.N), Chevron (CVX.N), ConocoPhillips (COP.N), EOG Resources (EOG.N) and Occidental Petroleum Corp (OXY.N) – held $44 billion of 401(k) assets for some 66,000 workers at the end of 2018, 36% of which was made up of company stock, according to the filings that contain the latest available data.

By contrast, only about 6% of 401(k) assets held at U.S. corporations across all industries were invested in company stock at the end of 2016, according to the Employee Benefit Research Institute, a nonpartisan group based in Washington.

The median total return for the five oil companies’ shares, meanwhile, amounted to negative 44% since the end of 2018, with a range of negative 22% to negative 77%. That includes losses after major oil benchmarks on Monday recorded their biggest one-day percentage drop since 1991 due to a looming price war between major oil producers Saudi Arabia and Russia.

Blanchett said the losses were proof that holding big chunks of company stock in your 401(k) is a bad idea: “It doesn’t make any sense from a household finance perspective.”

He said company stock can easily accumulate in 401(k) accounts that receive matching contributions in shares, and that workers tend not to rebalance their portfolios when they get lopsided. “Ultimately, participants go where they are nudged.”

Many U.S. corporations have taken steps to reduce heavy exposure to company shares since U.S. energy company Enron’s collapse decimated the retirement accounts of its employees about 20 years ago, including by offering more diversified mutual funds and ending the practice of matching in company shares.

Chevron, for example, began matching employee retirement contributions in cash, instead of stock, in 2015 to encourage better diversification.

But workers at Chevron were near the top of the list with the most lopsided bets on company shares. Chevron’s 401(k) plan held $6.4 billion in company stock at the end of 2018, or 38% of nearly $17 billion in net assets, disclosures show.

Chevron spokesman Sean Comey said in an email: “Regular communications are sent to plan participants about the importance of investment fund diversification and the risks of investing in a single stock.”

Exxon stopped matching in company shares in 2006. But investing in company stock remains one of many investment options for employees, company spokeswoman Ashley Alemayehu said.

The company has warned workers that investing more than 20% of retirement savings in any one company or industry may not be proper diversification, according to a February fact sheet provided online by the company.

EOG, formerly part of Enron, is the outlier in the group, with only 3% of 401(k) assets in company stock.

“We encourage diversification of retirement funds and employees have ample opportunity to invest in EOG stock outside their 401K,” EOG spokeswoman Kim Ehmer said.