Take Five: It's August, what could go wrong? 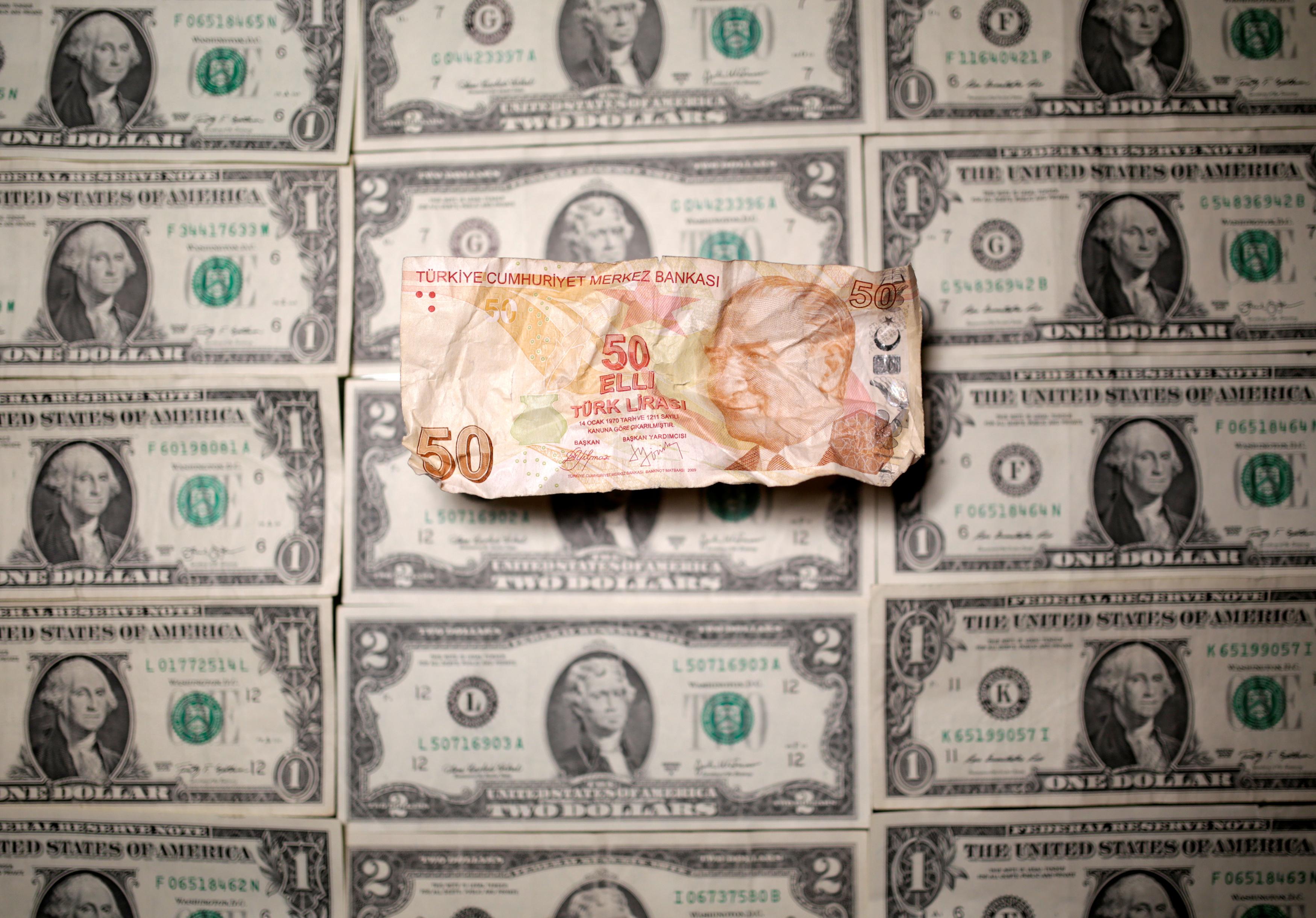 August can be a tricky time for markets. It was the month Russia defaulted (1998), China devalued the yuan (2015) and BNP Paribas kicked off subprime meltdown by freezing three of its funds (2007).

Plenty could go wrong this August as the world economy staggers under the pandemic, Sino-U.S. tensions bubble and the U.S. election contest gets ugly. Now watch Turkey, at risk of repeating the 2018 lira crisis.

The lira tumbled 2% against a weakening dollar in July, and there’s little ammunition to defend it. Policy credibility is low, Ankara is sparring with several foreign powers and real rates are negative. The 20% year-to-date currency loss against a euro-dollar basket is raising unease over Turkish borrowers’ hard currency debt pile.

In January 2014, the central bank abruptly upped interest rates by several percentage points to lift the lira. Similar action could prevent another August of distress.

At half-time for the Q2 earnings season, it’s showering “beats” both sides of the Atlantic. Analysts, flying blind as companies withdrew guidance at the height of the pandemic, were perhaps too pessimistic.

Here’s the scorecard on 250-plus companies that have so far released numbers in each region: 80% of S&P500 companies beat estimates, versus 65% of European firms, Refinitiv IBES data shows.

But while beats come in left, right and centre, it’s not been enough to move the needle on stock markets, which had already written off second-quarter results due to lockdown blues.

3/HOW LOW CAN THEY GO? How much further can Treasury yields drop? The record Q2 U.S. economic contraction sent three, five-and 20-year yields to record lows. The entire yield curve is close to falling under 1%.

A fresh trigger for further falls could be July’s unemployment figures. June payrolls surged by 4.8 million, surpassing expectations of 3 million additions, while July data on Aug. 7 is predicted to show a 2.2 million increase.

A raft of upcoming Chinese data will show us how the economy is recovering from the coronavirus. Particular focus will be on trade figures due Aug. 7, which also offer a check-in on the U.S./China trade deal.

Imports rose last month for the first time since the pandemic hit, showing a strong rebound in purchases from the United States. But more big increases will be needed if farm goods buying is to match ambitious targets.

Sector detail will be absent from Friday’s figures. But with Sino-U.S. tension simmering before meetings scheduled in August to review the Phase 1 deal’s progress, evidence of solid buying would be a good sign.

5/BOE TO SAVE BULLETS

Like the ECB and Fed at their latest meetings, the Bank of England may just choose to sit back and assess economic recovery at its Aug. 6 meeting. It’s among the central banks holding out against negative interest rates; analysts reckon it won’t move its borrowing costs until end-2021.

Some are surprised by markets’ reluctance to pressure the BOE for rate cuts. Signs are recovery will be slow and the UK needs to seal an EU trade deal before the Brexit transition period ends on Dec. 31.

But the BOE stance may be prudent. Instead it may opt to add another 70 billion pounds to its bond-purchase plan, after a 100 billion pound increase last month.

With the clock ticking on the Brexit deadline, the BOE may want to hold on to its remaining bullets.