Last year, when Cardi B’s team reached out to the choreographer Sean Bankhead to help create dances for the “Up” music video, he asked if she had two months to dedicate to learning them.

As it happens, she did. Mr. Bankhead didn’t waste any time. The dance, with its lunges, jumps and squats, seems straight out of a high-intensity interval training class. “I pushed her, and that’s a really hard thing to learn the balance when you’re working with a high-profile celebrity like that,” he said. “You need to know how to push, but not overly push them off the cliff.”

Pushing has become one of his hallmarks. Mr. Bankhead, 32, is the choreographer behind some of the year’s biggest music videos — including Lil Nas X’s “Industry Baby” and Normani’s “Wild Side” — and he is in high demand, despite the time commitment he expects from his celebrity charges.

As soon as the video for “Up” premiered in February, people began posting themselves doing the choreography on Instagram and TikTok — many to the sound of Mr. Bankhead’s own TikTok tutorial, created with his co-choreographer Ahsia Janaé — helping the song stay at the top of the charts for weeks.

Mr. Bankhead doesn’t consider himself an emotional person, but seeing his creations turn into viral challenges can make him bawl like a baby, he said: “It’s been so heartwarming to see effort.”

The inspiration for almost all of his moves comes from the tightly choreographed music videos of the late 1980s and the ’90s. Listing influences including Paula Abdul, Janet Jackson, Aaliyah and Missy Elliott, Mr. Bankhead said he admires certain pop stars who were able to stand out and stamp themselves on the culture because of their sharp choreography and creativity.

“I was a self-taught dancer from those music videos,” he said. “That energy, that life and how those videos made you feel is exactly what I try to put into my creations today.”

“In a TikTok-driven musical industry, it’s easy to get away with mediocrity,” he added. “So when you see an artist come out that actually tries, it’s almost refreshing because I then say to myself, ‘I remember when this used to be the standard.’”

He has been especially impressed by the hard work of Lil Nas X, who simultaneously learned the choreography for his recent music video “Industry Baby” and for his performance at the BET awards in June (where he made headlines for making out with one of his male dancers onstage).

“He’s like a little brother to me,” Mr. Bankhead said. “We’re both from Atlanta, young gay Black men. We kind of had the same upbringing and so we clicked immediately.”

The one thing Mr. Bankhead wanted to accomplish for both sequences was to show “you can be a cool, young, successful gay Black kid and a lot of people are watching you,” he said.

Even so, he was surprised by how game Lil Nas X was to take risks, including for a scene Mr. Bankhead choreographed for “Industry Baby” in which male dancers strip down to nothing for a steamy shower room sequence before the rapper stages a prison break.

“Sean is a beast,” Lil Nas X wrote in an email. “He’s on it and he knows exactly what to do to bring what he wants out of an artist. He’s been one of the biggest helps to this newest chapter of my life. The best part is it doesn’t feel like work!”

He added: “He is the moment when it comes to choreographers, shaping the new generation. I am thankful for him.” 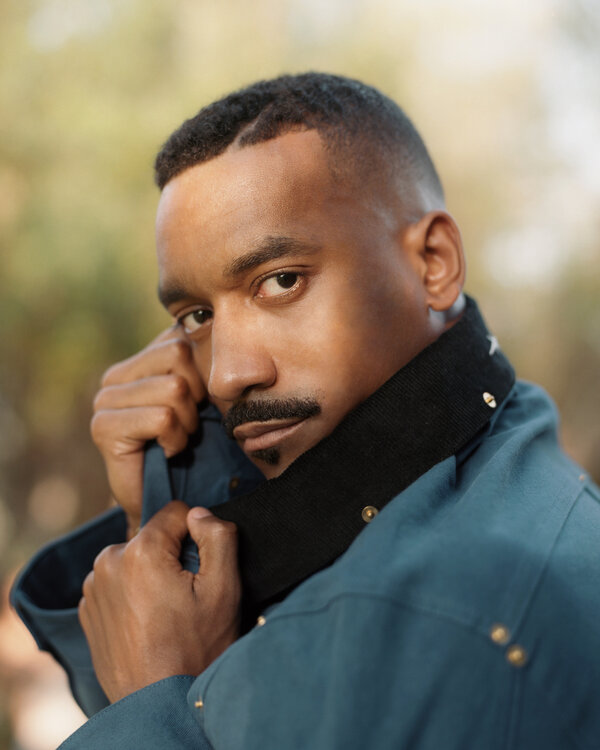 An Early Taste for Success

While growing up in Atlanta, Mr. Bankhead remembers his mother telling him stories about finding a very young Sean, around the age of 3, in front of the television watching MTV and BET and trying to emulate dance moves from videos from the likes of Michael Jackson.

His first memories of his love for dance, however, come from performing with the praise and worship dance team at his aunt and uncle’s church when he was about 9 years old.

Singing in church, playing three instruments (piano, saxophone and drums) and being able to read music gave him a different ear for developing his dance abilities. “Because I could read music, I could create rhythms and percussion with my feet and hear different musicality in the music that really influenced my dance style,” he said.

He had his first break in high school, in 2006, when a YouTube video of him teaching a young girl a choreographed dance to “Wind It Up” by Gwen Stefani hit 1.5 million views in just a couple of days. “That was shocking to all of us,” Mr. Bankhead said. “We didn’t expect that back then. Doing those types of numbers on YouTube was unheard-of. Especially for a dance video off of a cellphone from a dance studio.”

He also landed a role as a backup dancer (and on-screen boyfriend) in Tiffany Evans’s 2007 “Promise Ring” music video. “I was still in high school,” he said. “I remember the video came on ‘106 and Park’ when I was in school, and I went from being a nobody loser to everyone loving me and wanting to be my friend.”

At 18, he headed to Los Angeles despite his parents wishes (they were pushing for him to attend college) to participate in “Monsters of Hip Hop,” a touring dance convention and competition. “I kept booking jobs, started making money from it, and then I kind of forgot that I was trying to pursue anything else in life,” Mr. Bankhead said.

In 2008, at the age of 19, he booked his first major job and televised performance: He danced with Beyoncé during her performance of ‘Single Ladies (Put a Ring on It)’ on ‘The Tyra Banks Show’ alongside his friend and fellow choreographer JaQuel Knight. The memories of that day that stand out, Mr. Bankhead said, were “having Miss Tina Knowles style us,” and “having JaQuel glue this plastic frontal wig on my head and not being able to get it off before my flight and ripping my skin off.”

“The whole thing was a blur,” he said, “and I just was like, ‘Oh, absolutely this is what I want to do with my life.’”

In the music video for her new song “Wild Side” (featuring Cardi B), Normani glides across the floor, then levitates, passing through the ceiling onto a rooflike structure, all while executing intricate dance moves effortlessly.

Male dancers jump around her as she slides through their legs while the lyrics “drip, drip, drip when you slide in” play. During the grueling monthlong rehearsals, Mr. Bankhead had Normani kneel down on a towel, and dance, while sliding her across the floor.

“Each scene had a different energy and mood,” he said. “And we wanted each scene to keep progressing and crescendoing bigger and more elaborate.”

Normani is the closest Mr. Bankhead comes to having a muse. The dynamic between them he said, is in the tradition of the choreographer Fatima Robinson and the singer Aaliyah, or Tina Landon’s choreography of many of Janet Jackson’s world tours.

Mr. Bankhead has been working with Normani since she was a member of girl group Fifth Harmony, in 2014. “I feel like I have that artist that I’ve always dreamed about having,” he said. “Doing these types of music videos that I watched growing up.”

Her music videos display the complicated, intricate layers of moves he loves. They are also full of tiny moments of humor. (In Normani’s ‘Motivation” music video, from 2019, she fluently bounces a basketball on her behind.)

Working with Normani presents a real challenge to Mr. Bankhead because she’s a remarkable dancer who he thinks can do it all. He said he is constantly looking for ways to challenge her, to “make it look like she’s breaking the rules of gravity,” he said.

“The thing about Normani is she’s always like, ‘Yes, I want to do that,’” he said. “She’ll try anything I suggest, and that’s the trust that we’ve built.”

Next, Mr. Bankhead hopes to start his own dance facility in Atlanta, with a multipurpose rehearsal facility, professional staging area and center where dancers can rehearse for tours and award shows.

That plan has been put on hold by the pandemic, but Mr. Bankhead is as busy as ever.

“I really tapped into a place that I’ve been working so hard to even get to,” he said. “I’ve set the bar high enough for myself that if someone knows that you’re working with me for choreography, I’m not going to play.”