Pyer Moss on Saturday will launch the third installment of “Exist to Resist,” this time in partnership with the Marsha P. Johnson Institute for Transgender Day of Remembrance.

The limited-edition, genderless T-shirt, retailing for $100 exclusively on the Pyer Moss web site, features an image of Johnson, the activist, self-identified drag queen and prominent figure in the Stonewall uprising in 1969, as well as the words “legendary” and “alive” across the back of the shirt. Proceeds will be donated to the Marsha P. Johnson Institute.

“A part of our role as creatives in this world is to observe and listen to those who are identifying and challenging the ills that plague our present and our future,” said Pyer Moss founder Kerby Jean-Raymond in a statement. “The Marsha P. Johnson Institute stood out to us as an organization that is protecting and defending the basic human rights of Black transgender people and we see it as our job to support them and amplify their voices rather than speak for them.”

Johnson initially went by the name “Black Marsha” before being referred to as Marsha P. Johnson, with the “P” standing for “pay it no mind.” Johnson was a founding member of the Gay Liberation Front and cofounded activist group S.T.A.R., or Street Transvestite Action Revolutionaries with Sylvia Rivera. 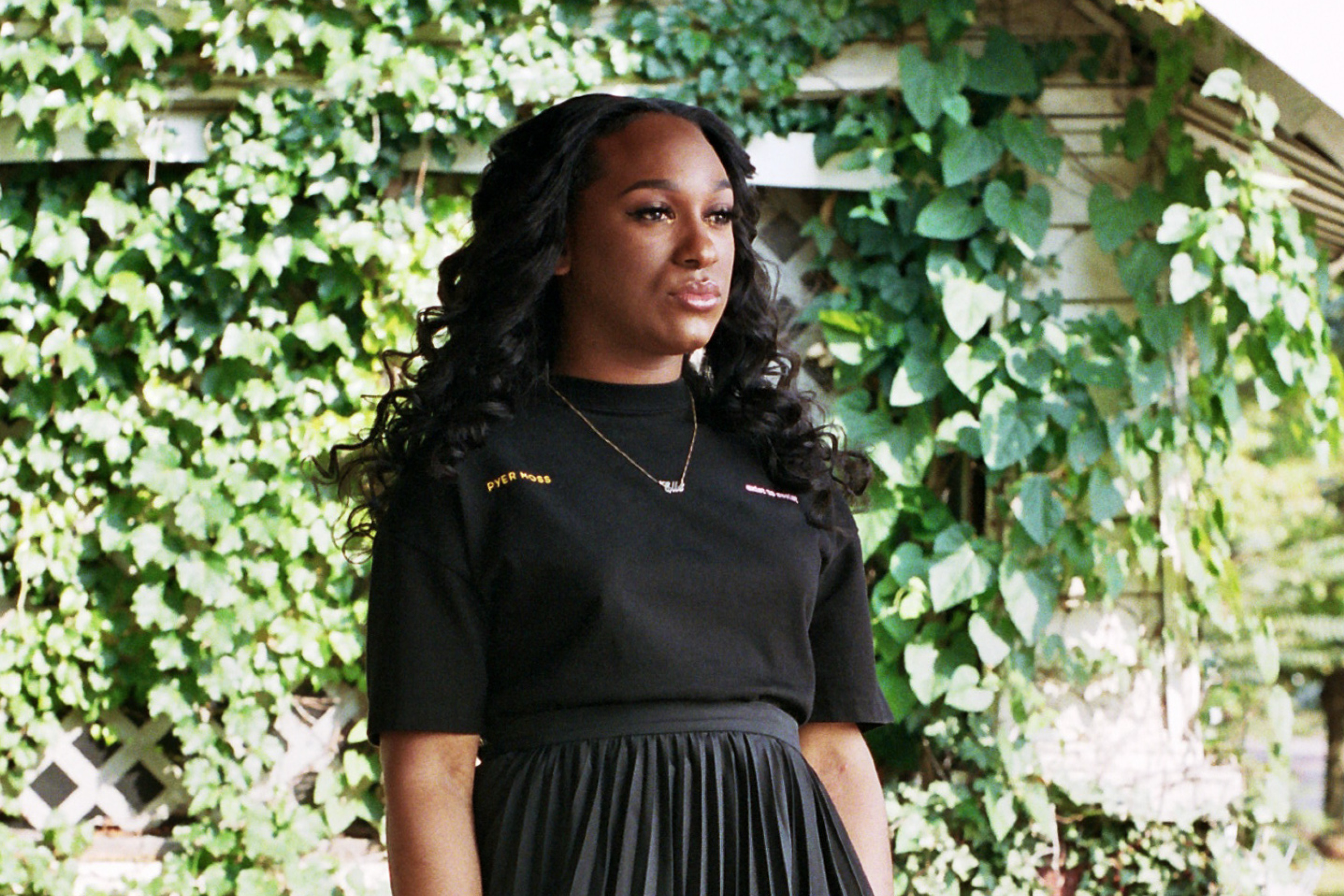 “We are honored to collaborate with a strong Black fashion house, led by Kerby Jean-Raymond, a visionary who sees the world in Black. Together, with Pyer Moss, we are amplifying Black trans voices and the issues affecting our community,” said Elle Hearns, the founder and executive director of The Marsha P. Johnson Institute. “As we reflect on the lives of Black trans people during International Transgender Day of Remembrance, the word ‘Alive,’ printed on the back of the limited-edition T should serve as a reminder to everyone to love, humanize and celebrate people while they are still here.”

Prior to this partnership, Exist to Resist supported the Innocence Project, and more recently Rock the Vote with T-shirts that first debuted at the brand’s Kings Theatre runway show in September 2019.

Related posts:
Hot News
Putin’s ‘secret lover’ is cleaner-turned-nightclub owner who called him ‘daddy’
Mbappe speaks out after Paris police officers suspended over beating of black man
Student ‘smuggles’ fluffy cat to school after pet refuses to leave owner’s side
Merkel sparks fury as she demands ALL EU’s ski resorts close ‘They will have to pay!’
Shane Claude Roberts guilty of manslaughter of Rotorua baby Karlos Stephens
Donald Trump FINALLY accepts defeat as he pledges to leave White House
Falklands plot: Argentina to use new ID cards in bizarre power grab over islands
Recent Posts
This website uses cookies to improve your user experience and to provide you with advertisements that are relevant to your interests. By continuing to browse the site you are agreeing to our use of cookies.Ok