Making Gifts for Those Who Have Everything

For the past 15 years, a group of buddies living in various parts of the globe have gathered annually in Miami to enjoy each others’ company, party hardy and, it turns out, complain.

The men, who started meeting while they were in their 30s, had all become really rich. They had everything they could possibly want, including a problem they didn’t: What do you give friends who also have everything money can buy?

So in 2017 they started to talk about creating the Unnamed Society, an enterprise based in Switzerland that would commission an annual work of art — something exclusive, over-the-top and special enough to be given to their privileged friends. The society now includes all the participating artisans and anyone who has bought a piece, a total of about 140 people.

And while the founders wouldn’t call it a business, Marine Lemonnier-Brennan, the society’s spokeswoman, said they did divide any profits that weren’t reinvested in new projects. 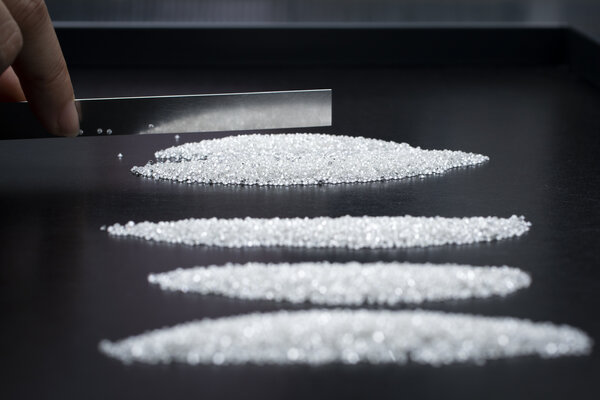 Their first object, presented in 2019, was a table clock shaped to resemble a Colt 45, but in recognition of the passage of time, not a homage to guns. “It reminds us that life is precious,” Ms. Lemonnier-Brennan said. “That we must enjoy every second it gives us. Because it can disappear in a single second.”

The object scheduled to be unveiled in June is another firearm-inspired timepiece called the Golden Boy 1866, based on a Winchester rifle.

From the beginning, Ms. Lemonnier-Brennan said, the founders have insisted on remaining anonymous. “The founders are a group of close friends, a group of men, of which three are very well known,” she said. “Two are in music in Miami and one in sports also in Miami, two in New York City and one in Switzerland.”

But they readily identify the artisans who brought their ideas to reality.

The group first enlisted L’Epée 1839, the 181-year-old company based in Delémont, Switzerland, that makes watches and clocks. “We wanted to make something no one has expected before, a piece of art to blow the mind of people,” said Arnaud Nicolas, the company’s chief executive. His design, engineering and watchmaking teams spent nearly two years developing what would become the Bang.

The idea that the piece should look like a gun was not L’Epée’s, but, “we wanted to have some fun with it,” Mr. Nicolas said.

“The trigger and the hammer work, and the time is set with a key turning the barrel, as if you were cleaning the gun,” he said. “The idea is you can play with it and use the same movements as if you were a hit man in a Western movie.” The price starts at $40,000, depending on which version the buyer prefers.

Some versions of the Bang feature grips crafted by the master cabinetmaker Cédric Vichard in his workshop in the Jura Mountains of Switzerland. In an email, he explained that he works with yew, olive, palm and rosewood and even stingray, or “raw shagreen, that I soften to fit the shape of the grip, then I apply different techniques to make it smooth, and bring different renderings and colors.”

Exotic leathers are an option, too. “The leathers that I sheath on the pistol grips are from lizards, alligators, frogs,” he wrote, noting that all the materials come from farms that are certified by the Convention on International Trade in Endangered Species of Wild Fauna and Flora, the global conservation agreement better known as CITES.

Different grip styles come from Mike Dorris, head of MD Grips in Tennessee. He uses elk antler, sheep horn and even giraffe bone, which is considered a natural substitute for ivory.

The 2020 gift was a variation of the Bang called the Diamond, which sold for $300,000 and was set with 2,518 diamonds in 21 sizes, totaling 78 carats. “They were all snow set,” said Pierre Salanitro, chief executive of the gem-setting business that bears his family name and is the largest one in Switzerland working with watch brands. “The snow setting is not easy, but it’s one of the most beautiful settings. It uses only round stones in many different sizes, which makes the reflection of the diamonds higher, it makes it brighter.

“We put the stones close to each other, more than in a traditional setting,” Mr. Salanitro added. “It’s not a line of diamonds.” He said the exacting process took six master setters a total of 300 hours to create one piece.

Although the intent is to be exclusive — finding one of the objects should require that “you have to hunt for it,” Mr. Nicolas of L’Epée said — the pieces are being sold throughout the world in art galleries and retailers such as Cellini in New York and Karl-Friedrich Scheufele’s Art in Time Gallery in Monaco.

About 100 of the Bangs have been sold. “It’s so unexpected, considering the price,” Ms. Lemonnier-Brennan said.

The society hopes for similar success with the Golden Boy 1866, which Ms. Lemonnier-Brennan stressed was designed to pay homage to the rifle’s role in helping pioneers to settle the American West. “The original rifle was nicknamed Yellow Boy because of the bright brass receiver that houses the lever-action cocking and loading mechanism,” she wrote in a later email. “A tribute in 18-karat gold is only fitting.”

The Golden Boy is sized like the real rifle and, she wrote, “weighs 3.8 kilograms (8.4 pounds), though the actual weight depends on materials used for bespoke creations.”

The society already is at work on the 2022 piece, which will, Mr. Nicolas said, “make people go ‘Wow!’” But for now it remains — no surprise — unnamed.