In work seen, among other places, on the cover of Vogue, she was part of a vanguard of Black talent that altered an industry and expanded the canon of beauty. 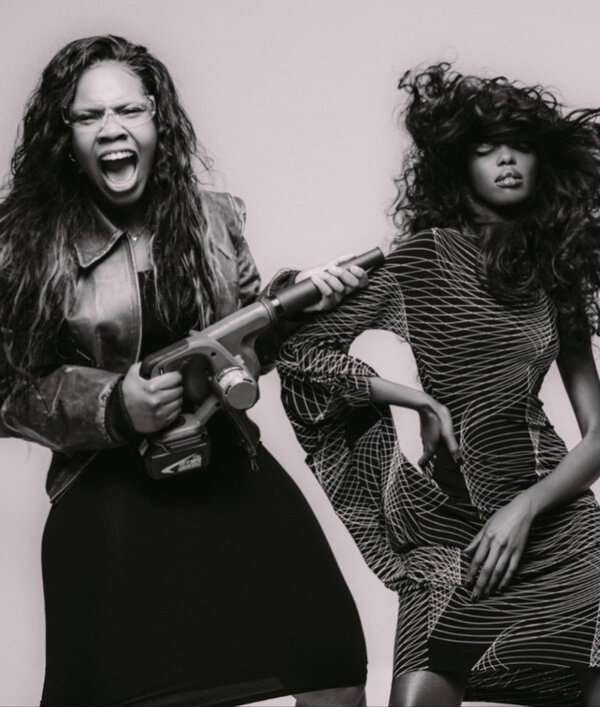 When Telfar Clemens, the mischievous Liberian American designer, attended the Met Gala in 2019, it was Latisha Chong who created his marcelled wig, which gave him the look of a siren from a silent film. In March, when Rosalía, the experimental Spanish pop megastar, appeared on “The Tonight Show Starring Jimmy Fallon,” Ms. Chong prepared her sleek, modern flamenco hairdo. For her photo on the cover of the September issue of Vogue, in which she announced her retirement, Ms. Chong gave Serena Williams honey-colored locks, like Botticelli’s Venus.

Ms. Chong, an innovative, effervescent hair stylist who created looks for fashion stars like Mr. Clemens, athletes like Ms. Williams and actors like Tracee Ellis Ross — as well as the stars of “The Real Housewives of Potomac” — died on July 19 in Manhattan. She was 32.

Her death, in a hospital, was not widely reported at the time. Her sister Afesha Chong said the cause was metastasized breast cancer.

“Latisha was part of what the critic Antwaun Sargent called the New Black Vanguard,” Gabriella Karefa-Johnson, the Vogue contributing editor who produced Ms. Williams’s shoot, said in a phone interview. (Ms. Karefa-Johnson is in that cohort, too; she was the first Black woman editor to style a Vogue cover when she put the model Paloma Elsesser, a full-figured Black woman, on the cover of the magazine’s January 2021 issue — and asked Ms. Chong to do her hair.)

“She was one of the tradesmen behind the fashion imagery — the editors, photographers, stylists and makeup artists — who are expanding the visual landscape to include the people who have always been at the forefront of style and taste but have been rejected from the modern canon,” Ms. Karefa-Johnson continued. “It’s a Pan-African ideal, with a lot of us from the diaspora investigating and interrogating our Blackness in a very white industry like fashion.”

Ms. Chong, she added, was the best in the business. She could do extraordinary things with hair, from geometric shapes that defied gravity to the most natural styles, working often with lace-front wigs — the go-to crown of many Black women — bleaching, coloring and plucking these natural hair creations to her own meticulous vision.

Ms. Chong, a former airman in the Air Force, had grown up watching her mother, a hair stylist, and others in the weekend marathons at the local salons in the Flatbush area of Brooklyn that catered to a largely Caribbean clientele.

“Black hair is a family thing in our neighborhood,” Afesha Chong said. “Everyone comes to the salons on Saturday, and you learn to nurture the hair but also the soul. Latisha picked that up quickly.”

Latisha Simone Chong was born on Jan. 23, 1990, in San Fernando, a city in Trinidad and Tobago, one of three daughters of Garrick Chong, who worked in construction, and Darlene Vincent, who was a homemaker at the time. When Latisha was 6, she and her sisters moved with their mother, who had separated from their father, to Flatbush, where she worked as a home health aide and, on weekends, as a hair stylist. By age 10, Latisha was helping out at a salon, sweeping the floors; she eventually worked her way up.

Ms. Chong was 19 when she joined the Air Force, a move that surprised her family. She rose to the rank of senior airman, working in hospitality in Charleston, S.C., before being deployed in 2011 to Qatar, where she volunteered for a special mission to assist the Army dismantling missiles, said Virginia Miller, who served with her in Charleston.

When she returned, Ms. Chong was diagnosed with Stage 4 breast cancer and Hodgkin’s lymphoma. She left the service with an honorable medical discharge in 2014. In 2017, she graduated from Charleston Southern University, a Christian school, where she studied biology.

In addition to her sister Afesha, Ms. Chong is survived by her son, Malachi Chong; another sister, Tenisha Chong; and her parents.

Ms. Chong returned to New York City after college and began to dip back into styling. She worked for Michelle Jones, whose Thee Salon in Brooklyn is ground zero for pixie cuts and other staples of Pan-African beauty. Mr. Clemens was a family friend, and she began to work on his hair, too. (They liked to watch “The Real Housewives” while doing so, and had a particular fondness for the ladies of Atlanta and Potomac.)

Before long, Ms. Chong was the hair director for Mr. Clemens’s popular company — his Telfar tote bags are known as “Bushwick Birkins” and come with the slogan “It’s not for you. It’s for everyone.” When Mr. Clemens appeared on the cover of Time magazine in March of 2021 as one of that year’s “Next 100,” it was Ms. Chong who styled his trademark braids. In 2019, when he introduced his unisex collection of deconstructed haute street wear in Milan and Paris with an army of models, friends and family, she was in charge of their eclectic looks. When he outfitted the Liberian team for the Tokyo Olympics in 2020, she worked on the athletes’ hair. And in 2021, when he collaborated with the shoe company Ugg and invited his beloved Potomac Housewives to model, she styled their hair, too.

“Every milestone I’ve had, she’s been there,” said Mr. Clemens, one of the fashion world’s most sought-after designers in recent years. “She did everyone’s hair, not just the models. When my mom and my aunt showed up, she would do them too. She did it because it was going to make everyone feel better.”

The Serena Williams Vogue cover, which captured a star at a pivot point, would be Ms. Chong’s last job. Ms. Karefa-Johnson had imagined Ms. Williams undergoing a baptism, posed on the beach at the ocean’s edge. She chose her production team carefully, and it mattered that Ms. Chong was among them.

“I needed a team that believed Serena belonged on the cover of Vogue and understood Black beauty and hair,” she said. “Especially hair. It had to be Latisha.”

But after years of remission, Ms. Chong’s cancer had come roaring back. By May she was in a wheelchair. Her family did not want her to fly to Florida, where the shoot was to be held on May 19, because she was so weak. Yet she was determined, and she worked for weeks beforehand, finding the right wigs for Ms. Williams and spending hours customizing them to the right shape and color.

Her assistant, Tav Kinard, accompanied her to Florida, and together they worked on Ms. Williams, carefully braiding Ms. Williams’s own hair into cornrows to prepare it for the wigs, and taking their time doing so; Ms. Chong was typically fastidious. Ms. Karefa-Johnson began to panic: A thunderstorm was headed their way.

Finally, Ms. Chong was done. Ms. Williams walked out to the beach, and Mr. Kinard carried Ms. Chong and placed her in a director’s chair. Luis Alberto Rodriguez, the photographer, began to shoot as Ms. Williams, the billowing train of her sky-blue Balenciaga gown scooped up in the arms of her daughter, Olympia, moved gracefully at the water’s edge.

As the wind blew and Ms. Williams turned this way and that, Ms. Chong, with Mr. Kinard at her elbow, adjusted her flowing hair so that it was just right.