Ford recently shared a video that presents a comprehensive set of tests and simulations of the upcoming all-electric E-Transit, which is scheduled for 2022 (public debut in the UK is scheduled for CV Show on August 31, 2021).

According to the manufacturer, the E-Transit has undergone the same punishing test regime as its diesel-powered sisters.

It means that it has to survive a few months of intensive tests that recreate 240,000 km (150,000 miles) or 10 years of hard use by customers. That’s equivalent to 6 times around the Earth, including extreme heat and cold plus torturous potholed roads and surfaces.

“The testing saw the E-Transit complete 10 years’ worth of hard work in just 12 weeks incuding challenging winter driving conditions in Michigan, US” 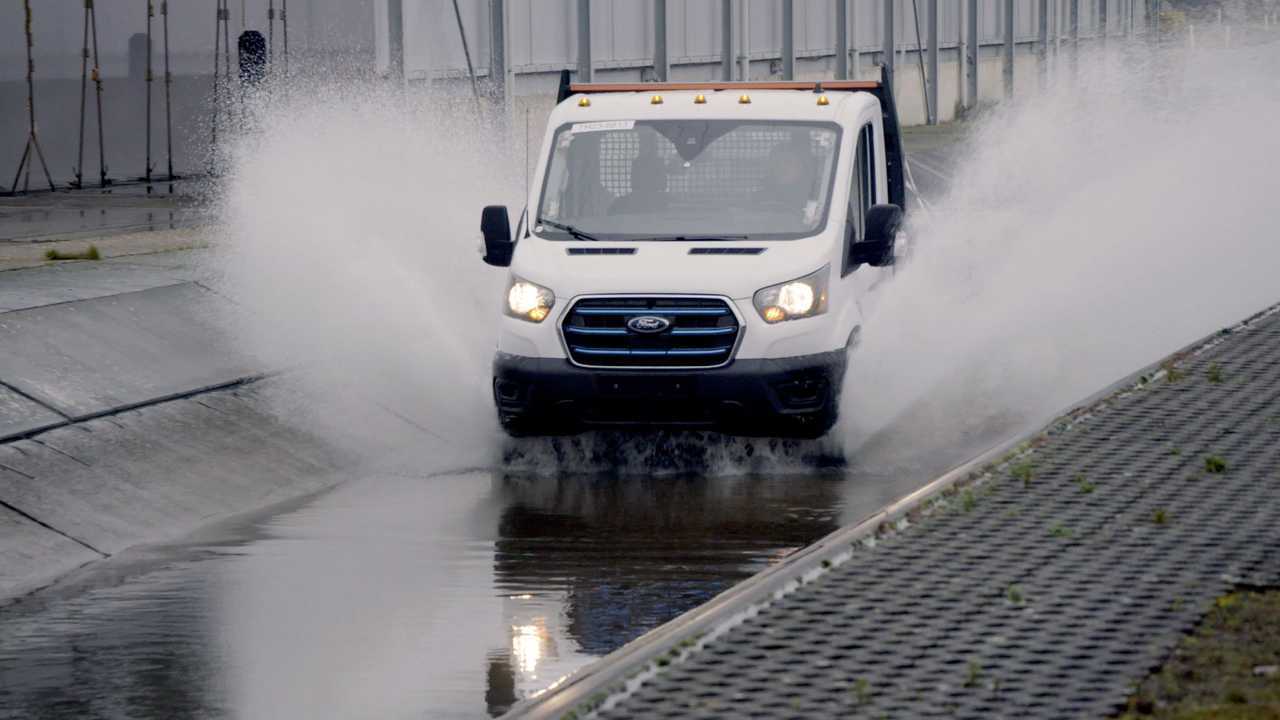 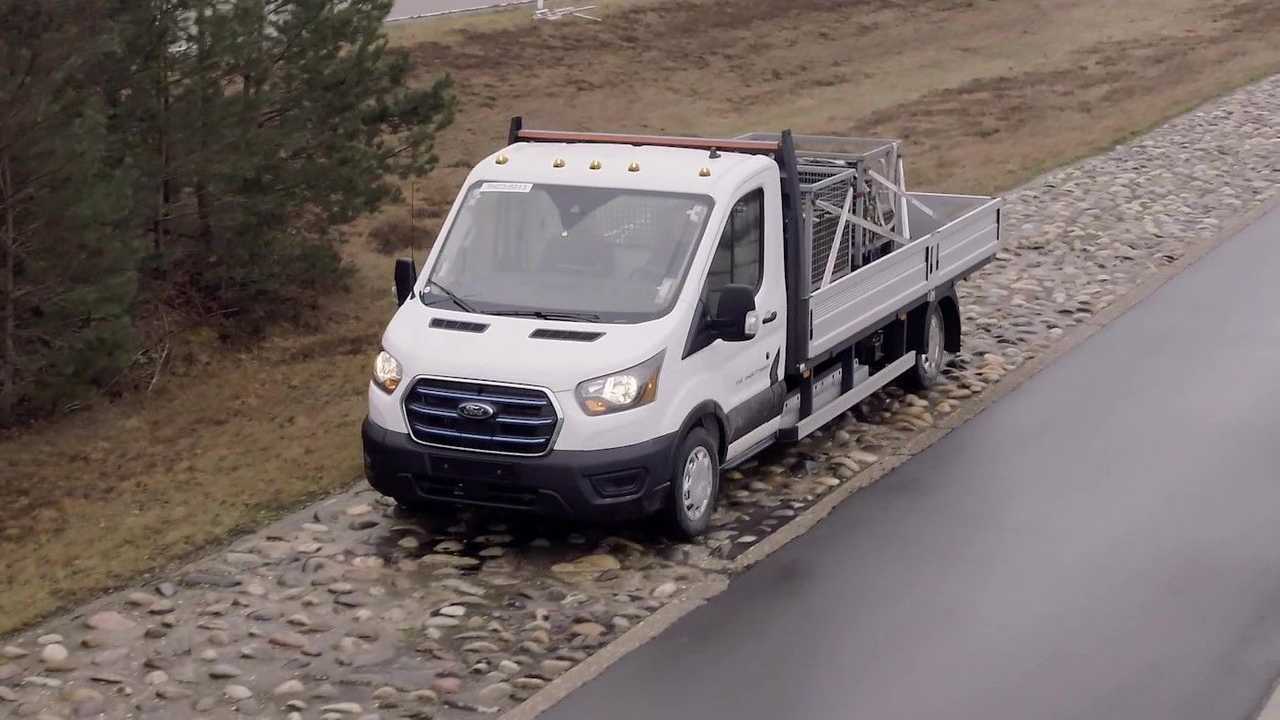 Ford E-Transit was tested on giant potholes and rough road surfaces at the company’s Lommel Proving Ground in Belgium.

A separate E-Transit testing is being conducted at the Dunton Technical Centre in Essex, UK.

“Thousands of passes over dedicated tracks of bumps, potholes and cobbles were performed at Ford’s Lommel facility, simulating cobbled streets, rough back roads and challenging un-made tracks from around the world.”

The extreme heat, cold and altitude is simulated in Ford’s Environmental Test Chamber in Cologne, Germany.

“Ford’s Environmental Test Chamber can recreate conditions from the Sahara to Siberia. Engineers refined the all-electric powertrain and cabin environment for performance and efficiency by subjecting E‑Transit to over 40 degrees Celsius – hotter than the average desert – for two weeks using 28 spotlights with 4,000-watt bulbs. E-Transit’s battery pack features liquid-cooling technology for optimum performance in extreme weather.

The van also had to prove it could function at -35 degrees Celsius – colder than a typical Siberian winter – and with a full load making the punishing climb to 2,500 metres, as high as Austria’s Grossglockner High Alpine Road, one of the highest paved roads in Europe.” 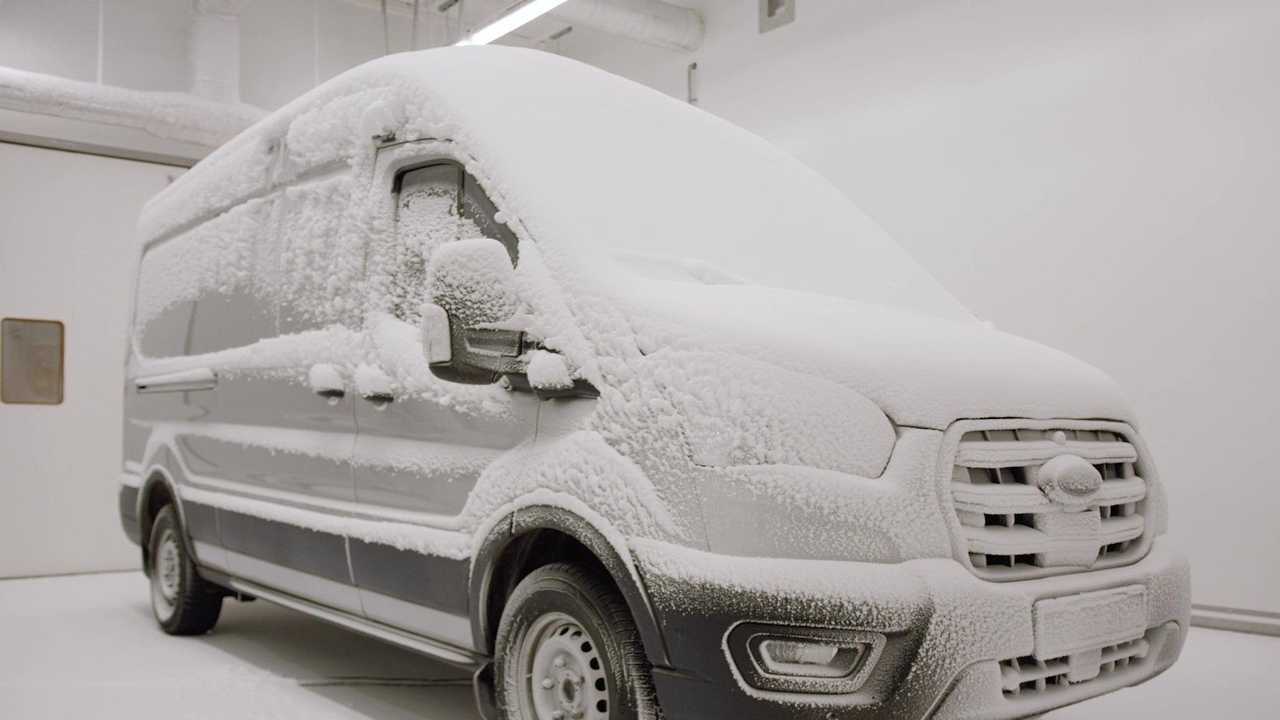 Specifically, Ford put a lot of attention into the battery pack, electric motor and unique rear suspension, which are new and have to be carefully checked.

“Durability of the E-Transit’s battery pack, electric motor and unique rear suspension were tested by repeatedly driving the new model through mud and salt baths and through saltwater sprays, simulating winter roads and fords as well as testing the components’ corrosion resistance. The electric motor’s reliability was proven by running it continuously for 125 days.”

“We test all our vans in conditions above and beyond anything they are likely to face in the hands of customers. The all-electric E-Transit is no different – by pushing it to the limit in our controlled test environments, we can be confident that it will reliably serve our customers as they switch to all-electric power for their businesses.”