Volkswagen ID Life Design Falls Out Of Favor In Wolfsburg

Volkswagen showed the ID Life study at IAA Mobility 2021 last year in Munich, hinting that it previews an affordable electric crossover planned for launch in 2025. The study, which also shows some ways in which Volkswagen wants to make producing and ultimately recycling the ID Life more environmentally friendly, may not make it to production, according to information from Germany.

Automobilwoche reports that the ID Life has fallen out of favor among Volkswagen’s top brass in Wolfsburg. The model, which was expected to cost around €20,000, has now reportedly been taken back to the drawing board and it may emerge as something not resembling the ID Life at all. The source (translated from German with Google Translate) says

Chief designer Jozef Kaban and his team are now working on a new, decidedly modern design that is also intended to captivate young customers in terms of multimedia and connectivity. Initial rumors suggest a five-door hatchback in the Polo format, which offers a similar amount of space as the Golf. 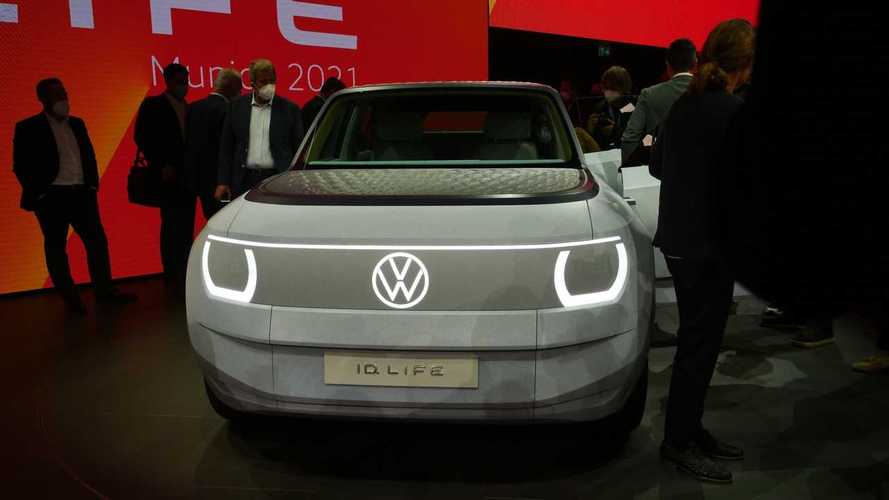 We had also previously heard similar rumors that there would be both a more crossover-like model, previewed by the ID Life, which would was believed to be called ID.2 X, as well as a more conventional hatchback, an electric equivalent to the Polo. This new report, however, seems to point to a drastic design change for the crossover version of the ID.2, which will not resemble the retro-inspired ID Life concept, if this report turns out to be accurate.

Under the ID Life concept’s plastic body lies a pared down version of VW’s MEB platform, dubbed MEB Lite, that makes the vehicles it is used in front-wheel drive instead of rear-wheel drive in their base versions. All-wheel drive, performance-oriented GTX variants of the ID.2 are also said to be in the pipeline, but it’s way too early for any kind of official confirmation of their existence.

Volkswagen has already revealed a retro-inspired EV, the new ID Buzz, and that seems to have been very well received by everyone, so the decision to change the ID Life’s retro design is a bit surprising. But then again, this is just an unconfirmed report and VW may ultimately decide to keep the ID Life design for production without it leaking to the press.